The New Zealand tea tree, Leptospermum scoparium, aka "manuka," "tea tree," and "Leptospermum," is a favorite of the light brown apple moth AND honey bees.

We captured images of bees on Leptospermum scoparium keatleyi recently in Sausalito.  (No, we didn't see any light brown apple moths.)

The keatleyi was discovered by Capt. Edward John "Ted" Keatley (1875-1962), a New Zealand sea captain known as a navigator, horticulturist and humorist (and probably a distant relative).

Information from the Maritime Museum in Wellington, New Zealand, indicates that the skipper commanded 28 of the Northern Steam Ship Company's vessels. He was not only a master of the sea, but of horticulture. Considered an authority on the flora of the Auckland province, he discovered several new plants, one he named Leptospermum scoparium keatleyi.

Capt. Keatley's home and gardens in Auckland drew many visitors. In one published account, he said: "We used to have many garden parties in earlier days. In fact I remember coming home from my ship one Saturday afternoon and being surprised to find the street lined with cars. When I got to the gate I was a little bit taken aback when an attendant asked for a shilling entrance fee. I thought it was a bit tough for an owner to have to pay to enter his own home."

Now, back to the bees.

Health benefits? Don't know. But we all benefit from the beautiful blossoms. 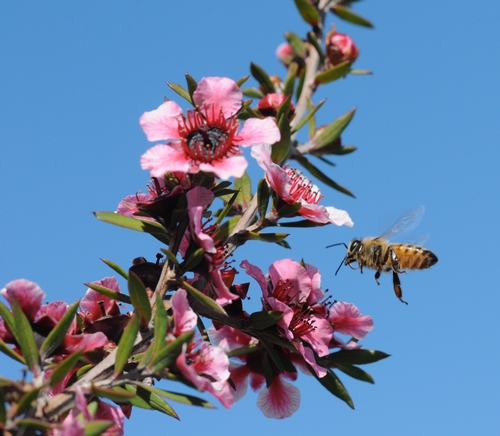 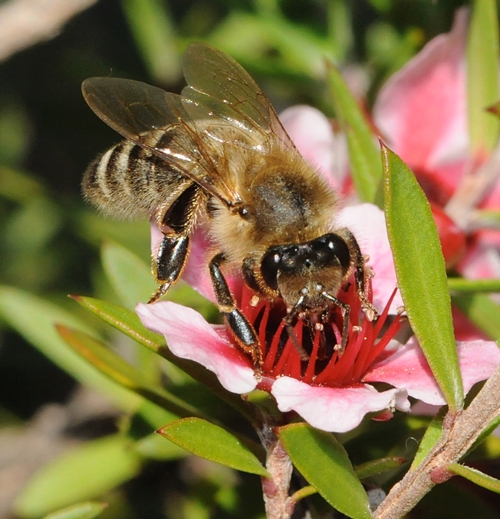