A lady beetle, aka ladybug, given away by UC IPM. (Photo by Kathy Keatley Garvey)
If you poked around all the bug exhibits during the campuswide UC Davis Picnic Day on Saturday, April 16, you probably came away thinking:  Bugs rule.

The Bohart Museum of Entomology, home of nearly eight million insect specimens, won a special honor for its display,  "Real Insects and Their Mimics." It won the people's vote for the best "Family Friendly" exhibit. The display included look-a-like butterflies, meant to confuse predators, and honey bees and flies (drone flies), meant to confuse editors!

Over at Briggs Hall, home of the administrative office of UC Davis Department of Entomology and Nematology, "Little Swimmers and Fly Tyers" won the people's vote for the best display/activity in the "Hidden Treasures" category. The Fly Fishers of Davis showed visitors how to tie a fly, while over in the aquatic insect display, Professor Sharon Lawler and graduate students showed a wide variety of insects--from boatmen to caddisflies--and fielded questions

Yes, bugs ruled at Briggs and the Bohart. Then there were the displays of ants and forest insects, the bee observation hive, and insect-collecting equipment. You could get a butterfly painted on your face while you ate a cricket-flour cookie, after you bought a t-shirt emblazoned with "The Beetles."

At the Bohart, you could examine specimens, hold walking sticks and Madagascar hissing cockroach, touch the "teddy bear" (male Valley carpenter bee) and buy assorted gifts at the gift shop.

This was the 102nd annual Picnic Day, offering thousands of visitors informative, educational and entertaining displays.

A century ago, the Department of Entomology did not exist. The first insects, however, existed more than 400 million years ago. Probably more. The world's oldest known insect fossil is 400 million years old, according to findings published Feb. 12, 2004 in the journal Nature. 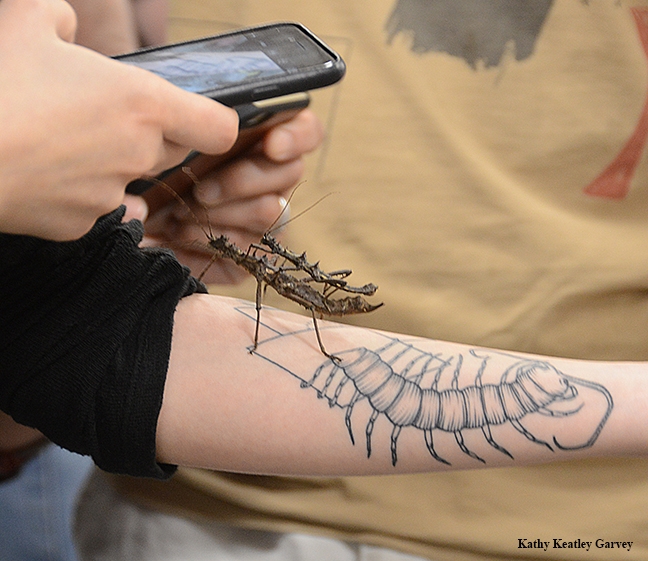 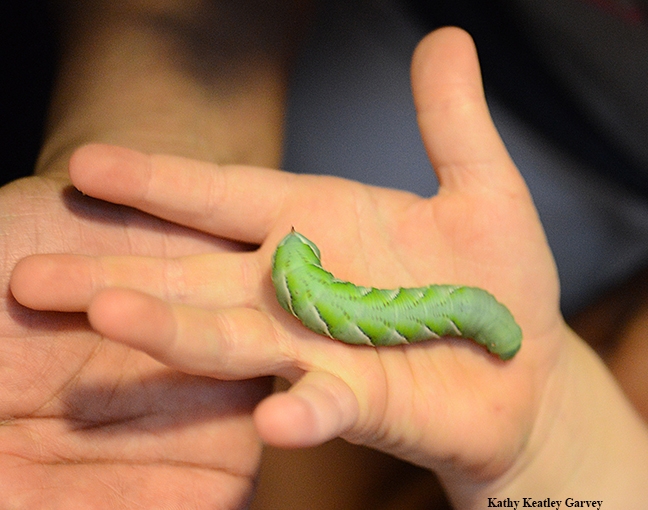 A tobacco hornworm, a pest of tomatoes (as is the tomato hornworm), crawls on a youngster's hand at the Bohart Museum of Entomology. (Photo by Kathy Keatley Garvey) 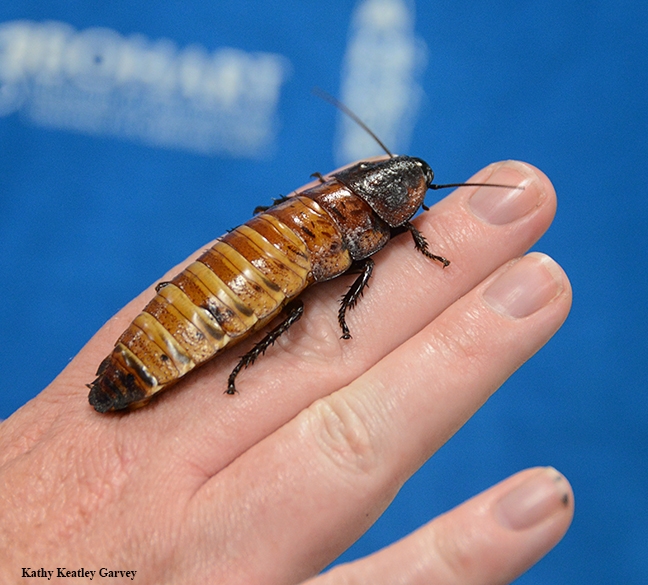 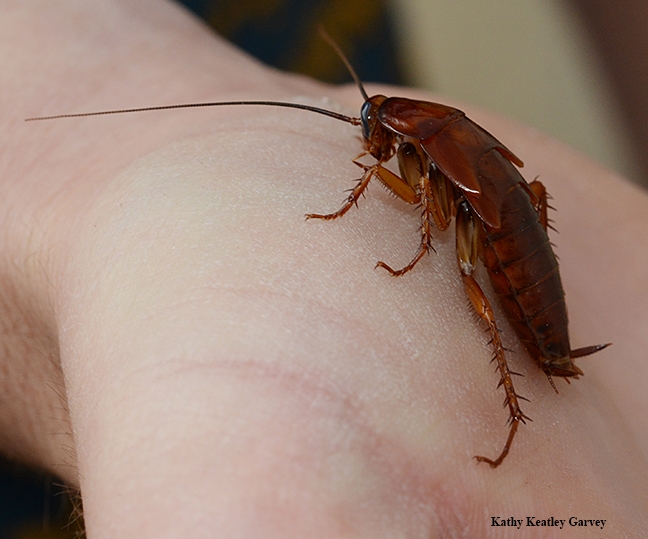 This American cockroach, Periplaneta americana, competed in the cochroach races at Briggs Hall. It won its race. (Photo by Kathy Keatley Garvey) 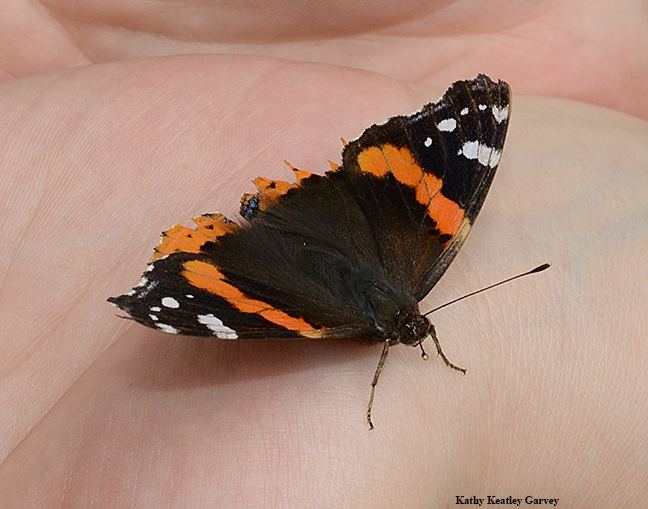