Rand, honored at AACR's meeting April 19 meeting in New Orleans, won the highly competitive international award for her proposal, “Regulation of Cancer Angiogenesis from the Metabolism of Epoxy Omega-6 Fats.”

“We're so proud of her,” said Hammock, distinguished professor of entomology, UC Davis Department of Entomology and Nematology, who holds a joint appointment with the UC Davis Comprehensive Cancer Center.

Hammock and co-advisor Kermit Carraway, professor in the Department of Microbiology and Molecular Genetics, co-sponsored her on the grant application.

Rand, who will begin the fellowship in July, was lauded for the relevance of her application to AACR's mission, the belief that it will have a significant impact, and in recognition of her potential as a future leader in the field of angiogenesis research.

“I've always been interested in research that combines chemistry and biology to enhance our understanding of human health,” Rand said, who received her doctorate in chemistry from the University of Toronto, Canada, in 2013.

“My Ph.D research focused on our exposure to fluorinated commercial materials, their resulting metabolism, and how the metabolites might affect our health,” she said. “While my Ph.D training was heavily focused on analytical chemistry and metabolic characterization, I wanted more formal training on the biological and biochemical mechanisms associated with disease.”

Her doctoral advisor, Scott Mabury, a UC Davis graduate, introduced her to Hammock. “In Professor Hammock's lab, I research how bioactive metabolites of epoxy omega-6 fatty acids influence cancer biology, by studying their effect on angiogenesis, tumor growth, and metastasis.”

"This is a tremendous honor for both Amy and the Hammock laboratory to be awarded the AACR Judah Folkman grant,” said Panigraphy. “Dr. Folkman was a scientific pioneer who established the field of angiogenesis. Amy's potentially paradigm shifting studies in the Hammock laboratory will carry on the Folkman legacy."

"The late Professor Judah Folkman is best known for pioneering the concept of blocking angiogenesis (the development of blood vessels) to control cancer growth," Hammock said. "This concept has resulted in a number of anti-cancer drugs and has had a major impact on cancer treatment.  Of course blood vessel development is also critical for survival."

"Amy took on one of the most demanding projects in the laboratory in asking how a group of natural compounds regulate angiogenesis," Hammock said. "Based on her work with postdoctoral fellow Bogdan Barnych, they may be able to fine tune angiogenesis to stimulate wound healing when needed but block tumor development in patients."

Sung Hee Hwang, also a postdoctoral fellow in the Hammock laboratory, commented: "It appears that the work that Amy and Bogdan are doing could explain how one of my compounds is able to block tumor growth and metastasis."

Born and educated in Canada, Rand holds two other degrees: a bachelor of arts degree in music a and a bachelor of science degree in chemistry, both awarded by Mount Allison University, New Brunswick, Canada, in 2007.

Judah Folkman (1933-2008), considered the father of angiogenesis research, was a professor at the Harvard Medical School who directed the Children's Hospital Boston Surgical Research Laboratories, now the Vascular Biology Program, and served as the scientific director of the hospital's Vascular Anomalies Center. He is best known for his pioneering research on tumor angiogenesis. Cutting off the blood vessels that feed the tumor can stop cancer tumor growth, he said in his revolutionary work that has led to the discovery of a number of therapies based on inhibiting or stimulating neovascularization.

Applicants for the Judah Folkman Fellowship for Angiogenesis Research are postdoctoral or clinical research fellows with a medical degree or a combined M.D./Ph.D. who work in an academic, medical or research institution. They must be in first five years of their postdoctoral training. Proposed research projects are restricted to basic, clinical, translational or epidemiological projects that substantially advance the field of angiogenesis research in cancer. 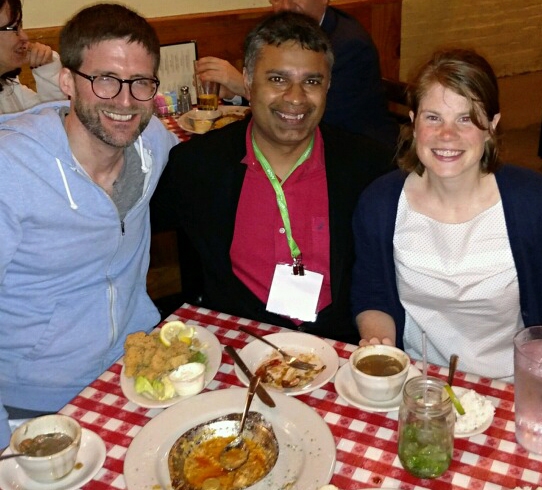