Walking sticks excite the curiosity of children and adults alike. (Photo by Kathy Keatley Garvey)
"All human beings are born curious, but the wrong conditions can jeopardize that curiosity," says second-year Ph.D. student Ralph Washington, Jr. of the UC Davis Department of Entomology and Nematology. "Many children in poverty grow up feeling a lack of control over their circumstances, and this severely inhibits their ability to imagine a reality other than their own. Targeted science education starting from a young age can inspire and help struggling children."

Washington will be one of nine speakers from various disciplines at the TEDxUCDavis Conference (Igniting X) to begin at 1 p.m., Sunday, May 1 in Jackson Hall of the Mondavi Center for the Performing Arts, UC Davis. The program also will feature "two mesmerizing performances, and a number of interactive activities and exhibits!" according to the website.

TED bills itself as a nonprofit devoted to "Ideas Worth Spreading." This one is about ideas not only worth spreading but creating a call to action. To quote from their website: "It is a daunting task discovering new ideas. However, it is a different realm of challenges kindling ideas that not only resonate with our minds, but also create a call to action. This year, TEDxUCDavis strives to eliminate the fear of being different. We welcome everyone to the territory of unconventional thinking, where ideas are meant to revitalize, encourage, and inspire. In passing the torch of ideas, join us to ignite discussions exploring areas including technology, health, art, business, social change, and much more. Discover a richer understanding of what it means to be alive during the TEDxUCDavis Conference on May 1st." Tickets are $35 for general admission; and $17 for students and children under 18. (The event is not eligible for the UC Davis free student tickets, or staff, student and subscriber discounts.)

In addition to Washington, the speakers are

Performances will be presented by:

About Ralph Washington, Jr.: He is studying for his doctorate with major professors Steve Nadler and Brian Johnson, who respectively specialize in systematics and evolutionary biology of nematodes and the evolution, behavior, genetics, and health of honey bees

If you attended the 2016 UC Davis Picnic Day and wandered over to Briggs Hall, you saw Washington holding forth as The Bug Doctor where he urged visitors to hold and photograph stick insects and to ask questions about insects in general.

If you attended the 2015 Linnaean Games at the Entomological Society of America meeting last November in Minneapolis, you saw Washington captaining the UC Davis Linnaean Games team--Brendon Boudinot, Jessica Gillung and Ziad Khouri--which went on to win the national championship. See YouTube video at https://youtu.be/_hA05K0NET4. The Linnaean Games is a college-bowl type competition in which teams answer questions about insects and entomologists.

And if you attend the 2016 Linnaean Games at the Entomological Society of America meeting in September in Orlando, Fla., you'll see the UC Davis team on stage defending its championship.

"Through these endeavors, Ralph has had the convenient opportunity to pursue his commitments to both science and social justice," the TEDxUCDavis organizers noted. "He will continue doing so during his future career as a research professor, by presenting science to low-income children."

It's good to see TEDxUCDavis focus on what matters, and in so doing, motivate, inspire and encourage others to do pursue their education, chase their dreams and reach their goals. 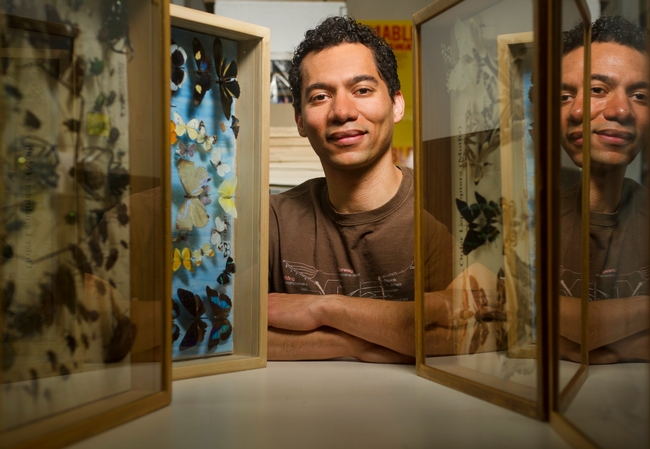 Ralph Washington Jr., will be one of the nine TEDxUCDavis speakers on May 1. 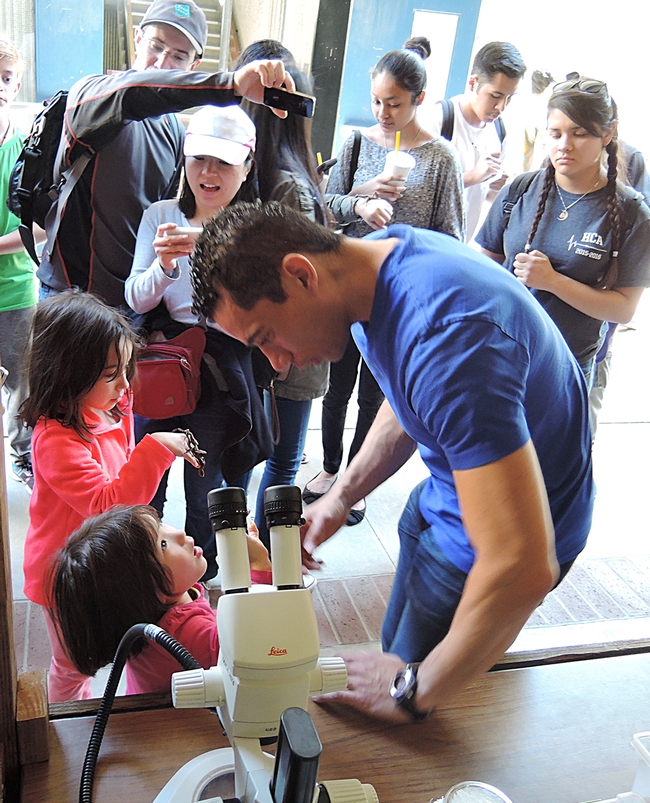