When the monarchs return to southern California and central Mexico to overwinter, the residents rejoice.

When the bumble bees emerge from their nests in the spring, we, too, rejoice.

They are like the swallows of Capistrano and the monarchs of Pacific Grove.

So, on Friday, April 29, a native bumble bee, the yellow-faced bumble bee (Bombus vosnesenskii) buzzed into our pollinator garden and headed straight for the verbena.

It skipped the tower of jewels (Echium wildpretii), the California golden poppy, the honeysuckle, the catmint, the lantana, the butterfly bush and other flowers in bloom and singled out the verbena, species native to the Americas and Asia.

In some countries, verbena is considered a healthy alternative to what ails you. However, modern-day researchers claim there's no scientific evidence that it can cure or prevent any type of disease, including cancer. It has long been associated with "divine and other supernatural forces," according to Wikipedia.

Says Wikipedia: "In the William Faulkner short story An Odor of Verbena, verbena is used symbolically and described as "the only scent that can be smelled above the scent of horses and courage," similar to the symbolic use of honeysuckle in The Sound and the Fury.

We're not sure what drew the bumble bee last Friday to the verbena (no horses or courage around here!), but it seems we're experiencing a dearth of bumble bees this year.

According to bumble bee expert Robbin Thorp, distinguished emeritus professor of entomology at UC Davis, and co-author of Bumble Bees of North America: An Identification Guide and California Bees and Blooms: A Guide for Gardneers and Naturalists, there are six species of bumble bees that occur in Sacramento: Bombus crotchii; B. californicus, B. sonorus, B. melanopygus, B. vandykei, and B. vosnesenskii.  "Of these, B. sonorus, used to be quite common but has essentially disappeared from the Sacramento Valley at least in recent years.  We are not sure why this one has gone missing.  Bombus vosnesenskii, the yellow-aced bumble bee is the most common species of this area, and of the entire state."

"The Western bumble bee, Bombus occidentalis doesn't quite reach Sacramento County," Thorp says. "Its historic range is primarily in the Coast Ranges from Monterey County north and the Sierra from Tuolumne County north.  It penetrates into the Delta region, Contra Costa County (Pittsburgh and Antioch) and comes as close to Sacramento as Colfax and Nevada City in the Sierra region." 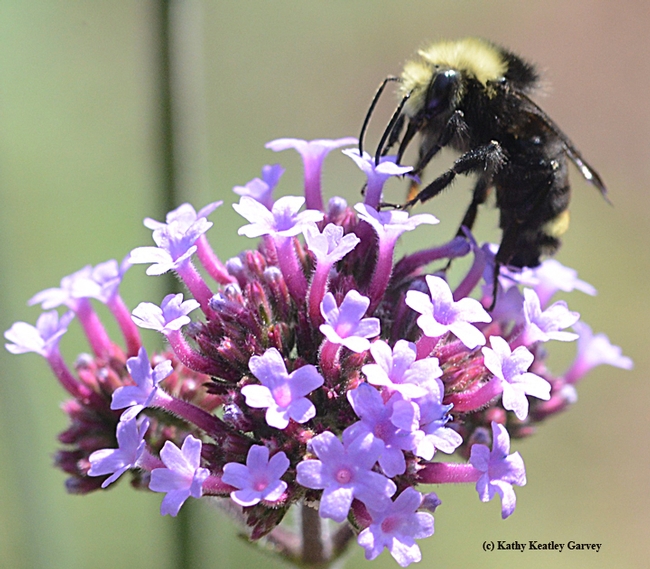 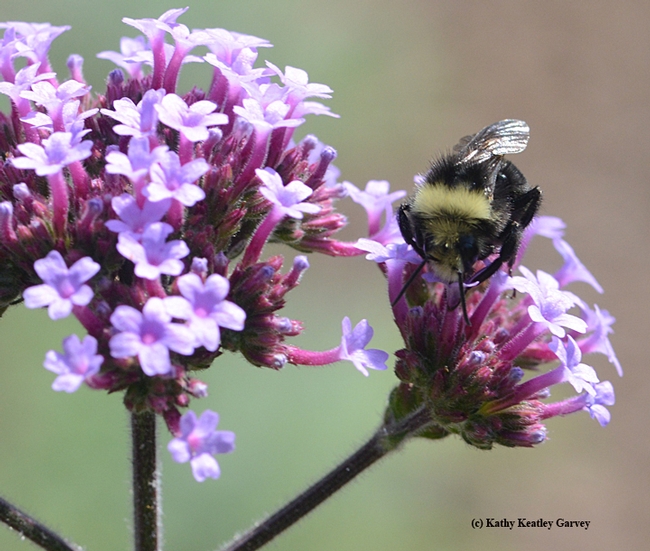