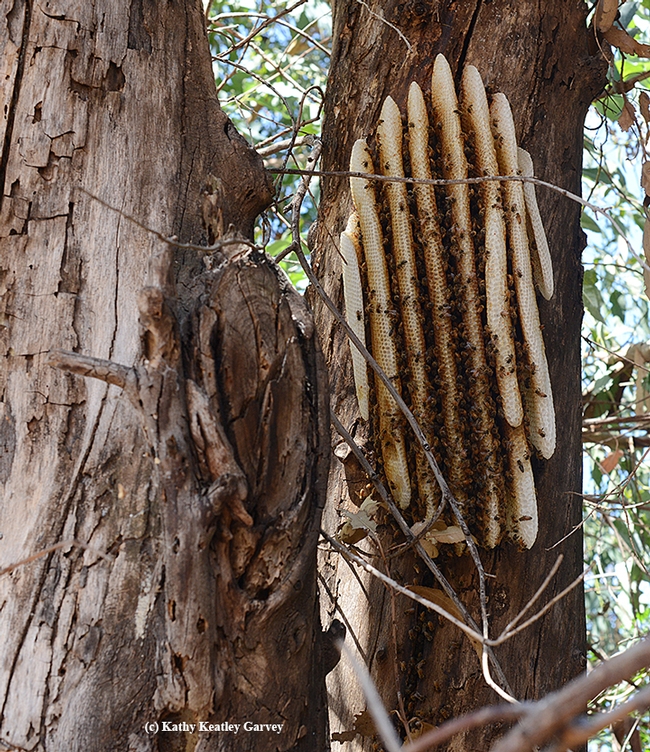 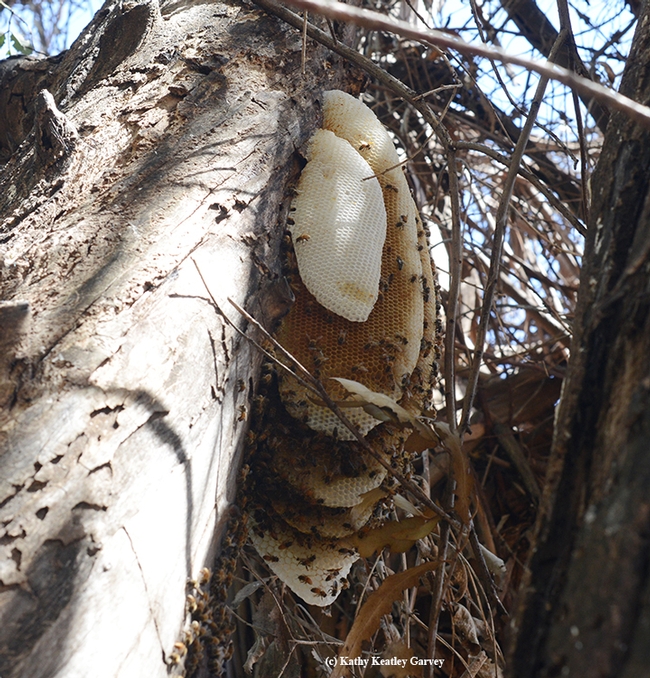 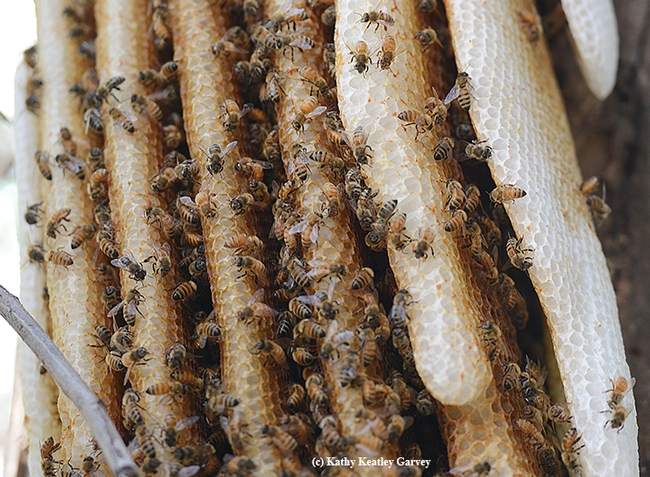 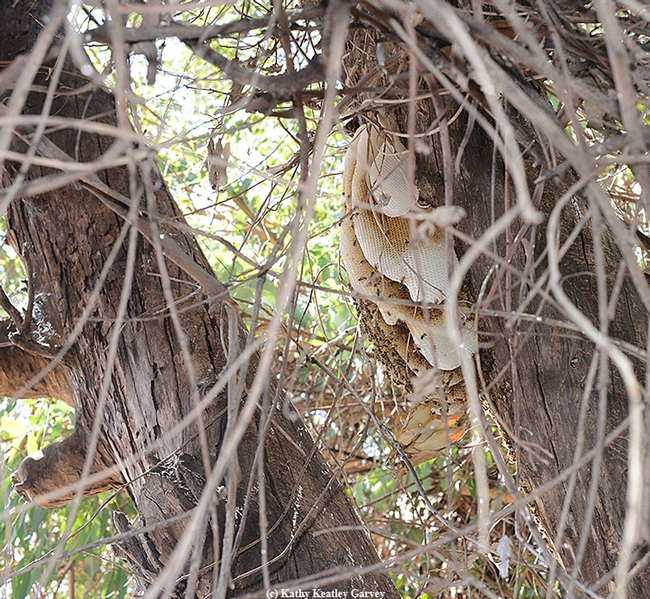 The feral honey bee colony is thriving. (Photo by Kathy Keatley Garvey)
Tags: Eighth Wonder of the World (1), Eric Mussen (260), feral honey bee colony (4), Seven Wonders of the World (1), UC Davis Department of Entomology and Nematology (634)
Comments: 3
Comments:
by Nadya Clark
on July 4, 2016 at 10:54 PM
They are lovely. Unfortunately, they will die so exposed this winter. Have you considered placing a hive body with comb,above them in the tree? They could decide to move into such a bait hive and preserve their genes.
by Sandra Ross
on July 5, 2016 at 12:00 PM
Simply fascinating
by Deb
on July 8, 2016 at 2:09 PM
Just a piece or metal flashing will work as a roof.. these bees can survive like this.. I see it all the time.
Leave a Reply: