If you engage in a mini-monarch conservation project, you know the joy of watching the egg-caterpillar-chrysalis-adult transformation. It's one of Nature's miracles.

Then when you release the monarchs and watch them soar high, awkwardly fluttering their wings in new-found freedom, that's another high.

But there comes a day when you realize that Nature isn't perfect--not that you ever thought it was or ever will be.

In fact, Nature can be a little cruel.

Take the case of several caterpillars we reared in an enclosed habitat to protect them from predators. The 'cats ate the milkweed, and then, they formed chrysalids, just like they're supposed to do. Perfectly formed green-jade chrysalids dotted in gold.

They all looked normal, except one. Apparently a very hungry caterpillar chomped on one of the chrysalids instead of its milkweed. It knawed and knashed until it cratered it.

"This is it!" we figured. All done. No more left to eclose. But today, a monarch eclosed from the damaged chrysalis. A monarch with a deformed wing.

It was a girl. It still is.

We placed her on a broadleaf milkweed (Asclepias speciosa), where she sunned herself and warmed her flight muscles--flight muscles she'll never use because she cannot fly. She sipped some sugar-water and a chunk of juicy watermelon.

She may even attract a mate and give us the next generation.

Nature is not always nice. 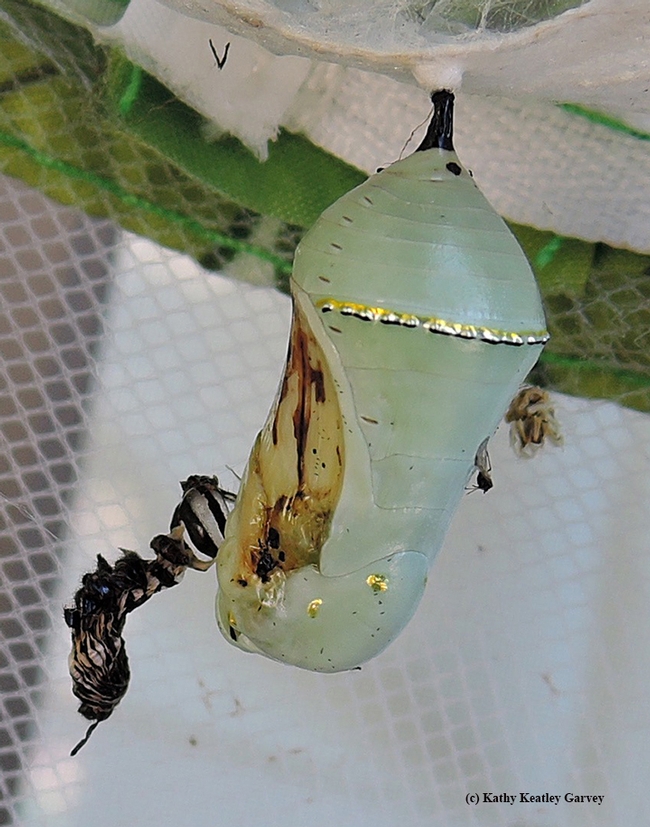 A monarch chrysalis, cannibalized by a hungry caterpillar. (Photo by Kathy Keatley Garvey) 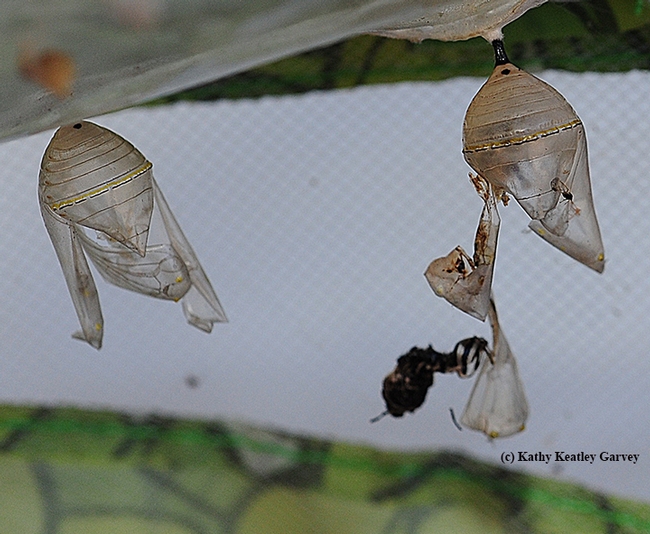 From a chrysalis to a pupal case--now where's the monarch? (Photo by Kathy Keatley Garvey) 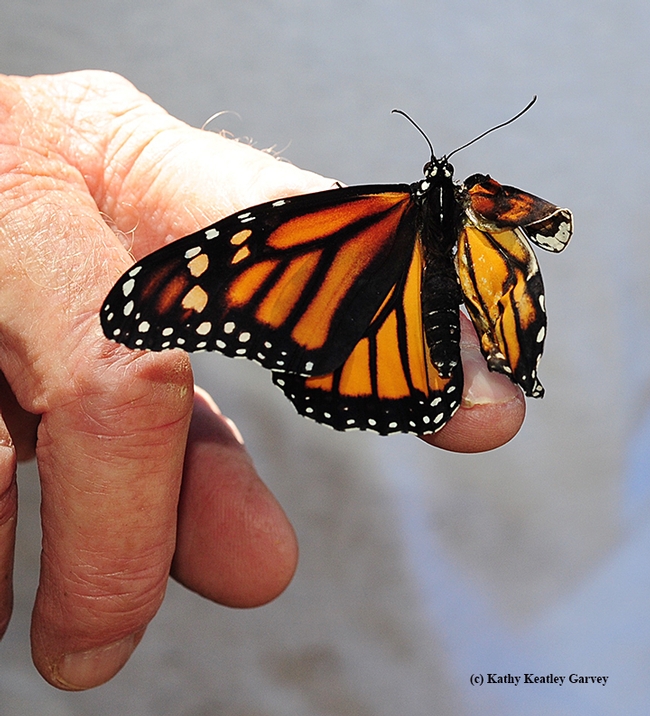 It's a girl, but she has a deformed wing.(Photo by Kathy Keatley Garvey) 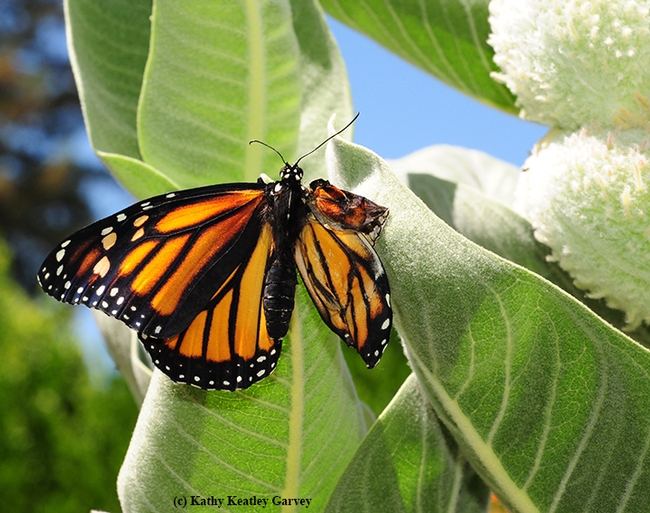 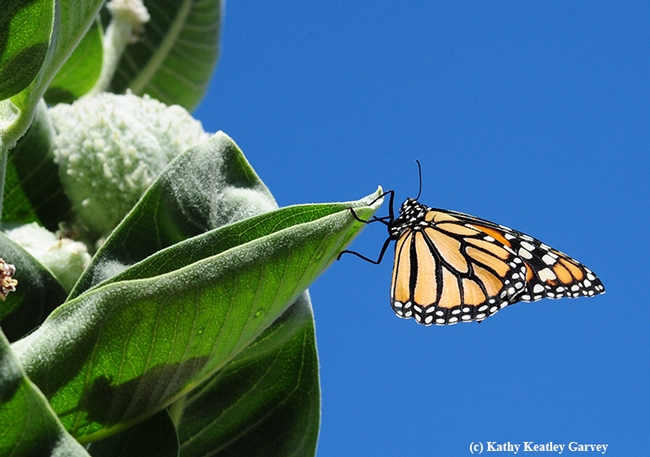 Meantime, I'm curious if she did mate and lay eggs. ...just me, being a hopeless romantic, I guess...
by Nightshade
on August 25, 2019 at 4:30 PM
Still beautiful
by Kat
on April 23, 2021 at 10:38 PM
Same thing happened to us. I named her "Buddy" for "butterfly" friend.
We took great care of her, fed her a delicious concoction of honey and sugar water (she loved it!) and took her outside to frolic on flowers and see nature. We kept her inside at night to rest. She lived a full and happy life; nevertheless, I was still sad when she got older and left for butterfly heaven.
Leave a Reply: