You may not like spiders. You may have Arachnophobia, a fear of spiders, or maybe you just dislike all spiders.

But still, some spiders are spectacular. Stunning. Striking.

Take the redfemured spotted orbweaver, Neoscona domiciliorum. It's "endemic to the United States, southeast of a line joning Texas, Indiana and Massachusetts," according to Wikipedia. The species, domiciliorum, refers to the fact is it often found living on buildings.

Well, not this time.

We found it in our pollinator garden in Vacaville, Calif.

There it was, dangling from its web, looking oh-so-pretty in the early morning light. Its color blended in with the Mexican sunflowers, Tithonia.

Later that afternoon, an alfalfa butterfly, considered a notorious pest, dangled there. And the redfemured spotted orbweaver was nowhere in sight.

It never returned to devour its prey. 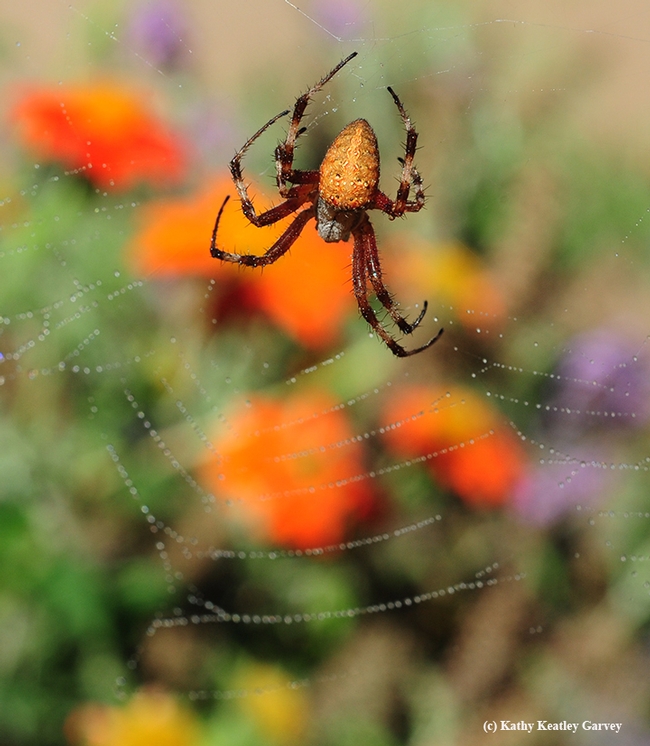