We're looking forward to a seminar on UC Davis-based research on monarchs in the Pacific Islands.

"The monarch butterfly is an iconic insect in North America largely because of its long-distance migration to precise overwintering sites in Mexico and subsequent return," says Hugh Dingle, emeritus professor, UC Davis Department of Entomology and Nematology.

"Less well known is the fact that it has been introduced to islands across the Pacific and into Australia in the last 200 years or so," he points out. "This presents a great opportunity to study contemporary evolution and adaptation along a migrant/resident axis."

Dingle and graduate student Micah Freedman of the UC Davis Population and Biology Group will present a seminar, sponsored by the UC Davis Department of Entomology and Nematology, on Wednesday, Nov. 9, on "Monarchs in the Pacific: Contemporary Evolution or Local Ecology?" The seminar, open to all interested persons, will take place from 4:10 to 5 p.m. in 122 Briggs Hall, Kleiber Hall Drive. Plans call for video-recording the seminar for later posting on UCTV.

"Here we assess orientation capabilities in island residents vs California migrants and patterns of wing shape presently and over time (from museum collections) for comparison to migrants and residents in North and Central America and the Caribbean," Dingle says in the abstract.  "This is a work in progress so queries, suggestions, and critiques will be welcomed."

Dingle, who received his bachelor's degree in zoology from Cornell University and his doctorate in zoology from the University of Michigan, served on the faculty of the UC Davis Department of Entomology (now the UC Davis Department of Entomology and Nematology) from 1982 to 2002, achieving emeritus status in 2003. He is a past president of the Animal Behavior Society and former secretary of the International Society for Behavioral Ecology. Following his retirement, he lived in Brisbane, Australia until 2010, accepting an honorary appointment at the University of Queensland. He returned to Davis in 2010 and shares space in Professor Sharon Lawler's lab.

Dingle published the second edition of Migration: The Biology of Life on the Move (Oxford University Press) in November 2014. It is the sequel to the widely acclaimed first edition, published in 1996. National Geographic featured Dingle in its cover story on Great Migrations in November 2010.  LiveScience interviewed him for its November 2010 piece on Why Do Animals Migrate?

Freedman, a graduate student in the UC Davis Center for Population Biology for the last two years, is a graduate of Cornell. He received his bachelor of science degree in entomology and plant sciences.

Dingle speculates that the monarchs arrived in the Pacific Islands with their host plant, milkweed, which was valued at the time for its medicinal properties. Some of the islands are extremely isolated, he said.

An analysis of a monarch population in Hawaii shows that resident monarchs have shorter, broader wings than the long-distance migrants, Dingle says. The Hawaii butterfly wings were shorter than the eastern U.S. long-distance migrants, but “not so short-winged as the residents in the Caribbean or Costa Rica, which have been present in those locations for eons, rather than the 200 years for Hawaii.” 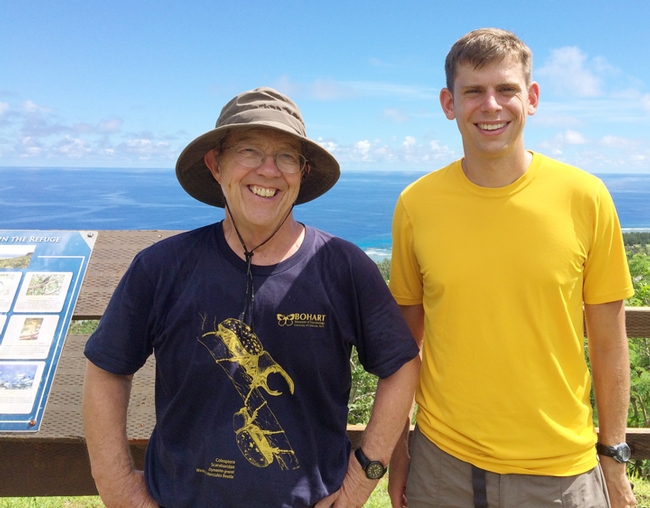 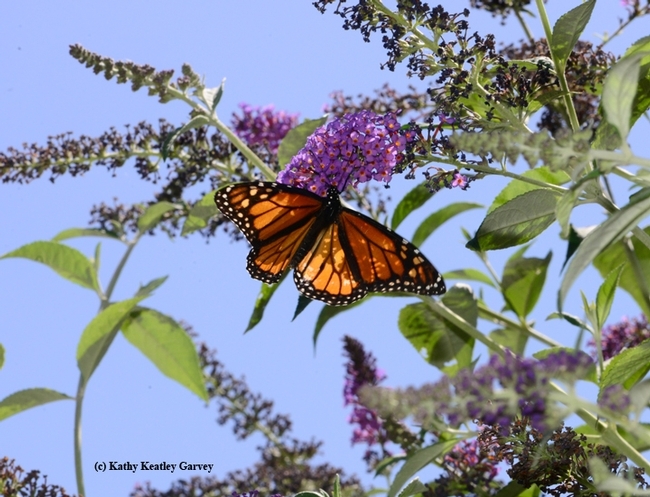