Image of Franklin's bumble bee. (Photo by Robbin Thorp)
It may be extinct, but don't say the "E" word to Robbin Thorp.

Thorp, a noted bumble bee expert, hasn't seen Franklin's bumble bee for 10 years, but that doesn't mean it's not there--somewhere in its small native range of southern Oregon and northern California.

Thorp, distinguished emeritus professor of entomology, UC Davis Department of Entomology and Nematology, and co-author of Bumble Bees of North America, An Identification Guide, has been chasing Franklin's bumble bee (Bombus franklini) since 1998, the year he began monitoring for the elusive bee.

Last August a documentary crew from CNN chased him--well, sort of. They followed him to a meadow near Mt. Ashland, Oregon, where he last saw the bumble bee on Aug. 9, 2006.

Thorp also wore a t-shirt with an image of Franklin's bumble bee, a gift from his daughter. It's an image he took.

No, Thorp and the documentary crew didn't find it that August day. Other bees, but not "that one."

But Thorp will keep looking for Franklin's bumble bee, which is on the Red List of Threatened Species of the International Union for Conservation of Nature and Natural Resources (IUCN). He helped sound the alarm that put it on the Red List.

"Bombus franklini occurs only in the USA," IUCN relates. "It is found only from southern Oregon to northern California between the Coast and Sierra-Cascade Ranges, in Douglas, Jackson and Josephine and Siskiyou and Trinity counties in Oregon and California, respectively. This area is around 190 miles in the north-south direction (40º58' to 43º30'N latitude) and 70 miles from east to west (122º to 124ºW longitude)."

We remember a July 2010 interview with Robbin Thorp.

Meanwhile, Thorp continues to receive photos from folks asking if "this one" is Franklin's bumble bee. Or "that one."

But he appreciates the lookout.

And Robbin Thorp still holds out hope that somewhere in that five-county area of southern Oregon and northern California, Franklin's bumble bee may reappear.  Maybe 2017?

After all, it's a brand new year. 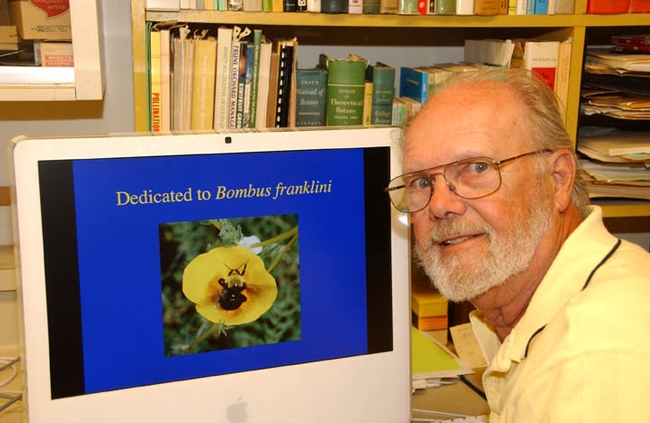 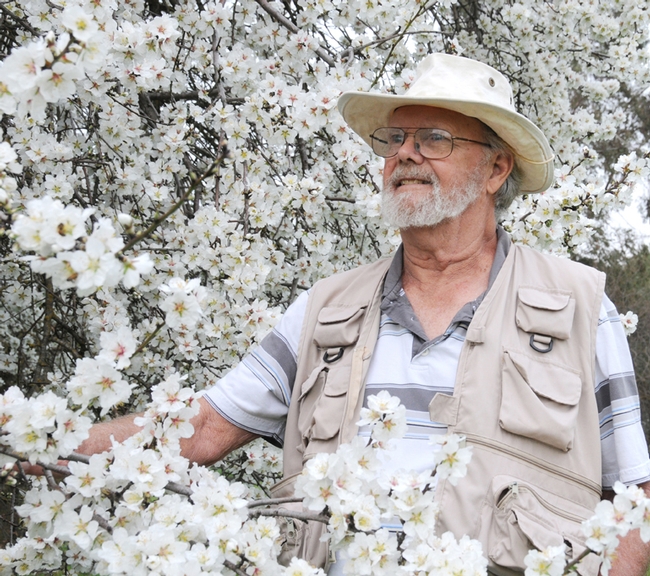