Robbin Thorp stands next to an almond tree near the Harry H. Laidlaw Jr. Honey Bee Research Facility, UC Davis. (Photo by Kathy Keatley Garvey)
If you want to learn about native bees, the place to "bee" on Saturday, Jan. 7 is the Rush Ranch Nature Center, 3521 Grizzly Island Road, Suisun.

The two-hour program, "Bee Aware Bee Cause," begins at 1:30.  Free and open to the public, the program is sponsored by the Rush Ranch Educational Council, in partnership  with Solano Land Trust, owner of Rush Ranch. It will be held "rain or shine," a spokesperson said.

How much do you know about bees? You probably know that the honey bee is not native to this country. European colonists brought it over here in 1622 to the Jamestown colony.

But how about the thousands of other bees?

"Robbin Thorp" and "bees" are synonymous. Internationally recognized for his expertise, he co-authored the UC California book, California Bees and Blooms: A Guide for Gardeners and Naturalists (Heyday) and Bumble Bees of North America: An Identification Guide (Princeton University Press).

Thorp annually teaches at The Bee Course (American Museum of Natural History), at the Southwestern Research Station, Portal, Ariz. The two-week course is offered for conservation biologists, pollination ecologists and other biologists who want to gain greater knowledge of the systematics and biology of bees.

CNN recently featured him in a piece it titled "The Old Man and the Bee," about his dedicated drive to find the critically imperiled (and feared extinct) Franklin's bumble bee within its five-county range of southern Oregon and northern California. Thorp last saw the bumble bee, Bombus franklini,  on Aug. 9, 2006 in a meadow near Mt. Ashland, Ore.

During his talk, Thorp will discuss how to attract bees to your garden and why you should.

It's not just honey bees that are declining, scientists say. So are undomesticated bees, due to pesticides, diseases, malnutrition, habitat destruction/fragmentation, global climate change, drought and other extreme weather events.

The mission of the Rush Ranch Educational Council, a non-profit  organization, is to increase awareness, understanding and appreciation for Rush Ranch and the Suisun Marsh by providing free educational programs and events. For more information on the Rush Ranch program, including directions, visit www.solanolandtrust.org or call (707) 422-4491. 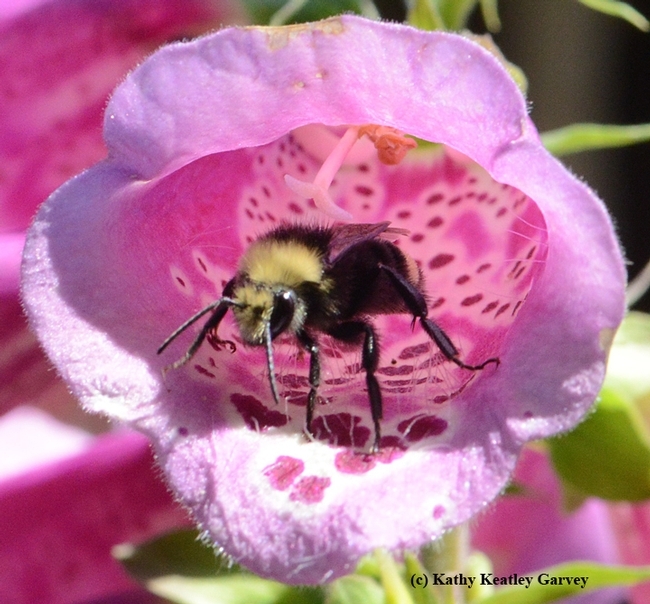