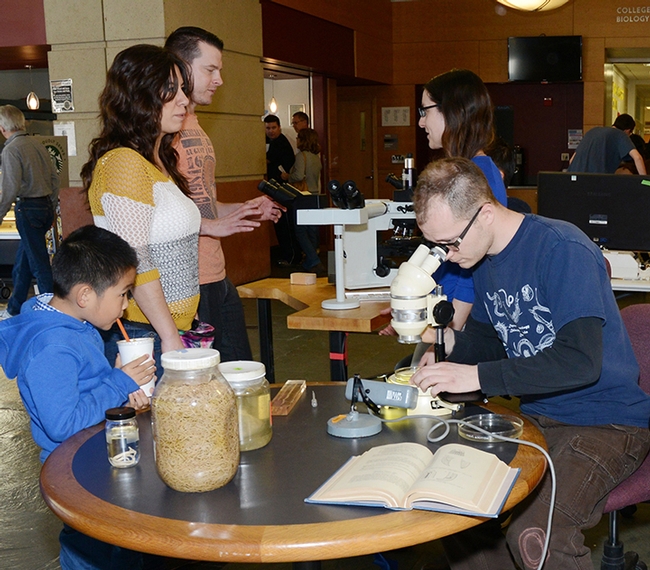 Nematologists Corwin Parker (at microscope) and Lauren Camp (back of him) participated in the 2016 UC Davis Museum Diversity Day. Camp, who received her doctorate in entomology in December from UC Davis, is organizing a display for the Bohart Museum of Entomology open house on Jan. 22. (Photo by Kathy Keatley Garvey)
Tags: bed bugs (8), Bohart Museum of Entomology (531), Corwin Parker (6), fleas (2), Lauren Camp (4), Lynn Kimsey (378), nematology (3), ticks (3)
Comments: 0
No Comments Posted.
Leave a Reply: