Entomology & Nematology News
sitenum=270
UC News about Entomology and Nematology.
Got an Idea for a Bee T-Shirt? WAS to Meet in Davis
Published on: January 20, 2017 Eric Mussen, WAS president
The Western Apicultural Society (WAS), founded at the University of California, Davis, and set to meet Sept. 5-8 in Davis for its 40th annual conference, is seeking a T-shirt design.

Extension apiculturist emeritus Eric Mussen of the UC Davis Department of Entomology and Nematology, who is serving his sixth term as WAS president, said designs should “fill an 8.5-x-11 inch sheet of paper.”  In addition to the bee motif, previous winning designs have included the organization's name, date and meeting location.

The designs should be sent to Nancy Steward, Sacramento Beekeeping Supplies, 2100 X St., Sacramento, CA 95818 before March 15. A panel of judges will determine the winner.

WAS is a non-profit, educational, beekeeping organization founded in 1978 for the benefit and enjoyment of all beekeepers in western North America. Membership is open to all interested persons. However, the organization is specifically designed to meet the educational needs of beekeepers from the states of Alaska, Arizona, California, Colorado, Hawaii, Idaho, Montana, Nevada, New Mexico, Oregon, Utah, Washington, and Wyoming as well as the provinces of Alberta, British Columbia, Saskatchewan and the Yukon.

Mussen retired as the state's Extension apiculturist in 2014, after 38 years of service, but maintains an office in Briggs Hall, UC Davis campus.

Founders of WAS, all affiliated with the UC Davis Department of Entomology and Nematology: apiculturist/professor (now emeritus) Norman Gary, founding president of WAS; nematologist Becky Westerdahl, professor and Extension specialist,  and Mussen. The year of the founding, all three were serving in the UC Davis Bee Biology Facility, now the Harry H. Laidlaw Jr. Honey Bee and Research Facility. 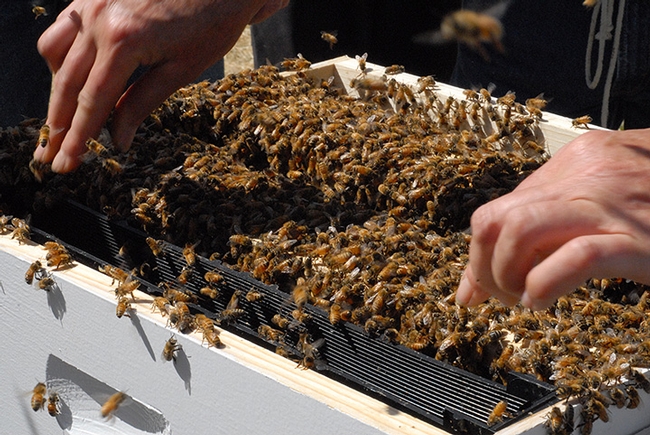