It's not spring, but don't tell that to the folks at the Harry H. Laidlaw Jr. Honey Bee Research Facility at the University of California, Davis.

The conference room buzzed with ideas for an upcoming tour.  Following the meeting, Extension Apiculturist Eric Mussen of the UC Davis Department of Entomology faculty talked "bees 'n almonds" with Tabatha Yang, education and outreach coordinator for the Bohart Museum of Entomology on the UC Davis campus. Yang will be conducting the first of what will probably be many tours at the Laidlaw facility.

The tours will include the half-acre Häagen-Dazs Honey Bee Haven and the quarter-acre Campus Buzzway. Both are bee friendly gardens that will provide a year-around food source for the bees, and educational opportunities for visitors.

Meanwhile, oblivious to the people activity, the bees continued to gather pollen and nectar from nearby almond trees.

During the peak season, a queen bee can lay 2000 eggs a day, Cobey said. 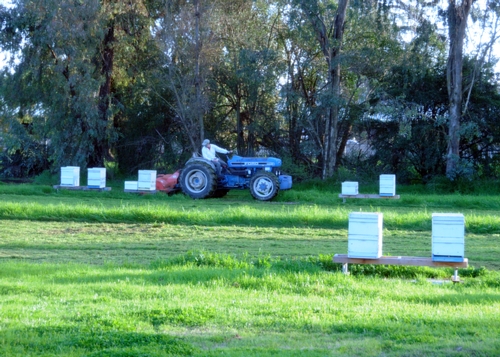 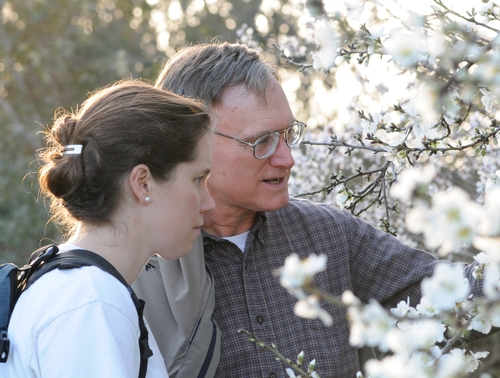 Examining Almond Blossoms
EXAMINING the almond blossoms on the Laidlaw facility grounds are Extension apiculturist Eric Mussen of the UC Davis Department of Entomology faculty and Tabatha Yang, education and outreach coordinator at the Bohart Museum of Entomology, located on the UC Davis campus. (Photo by Kathy Keatley Garvey) 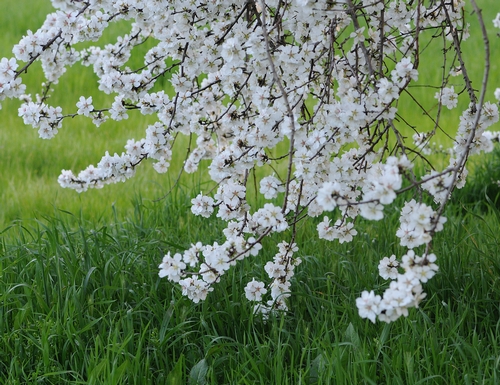 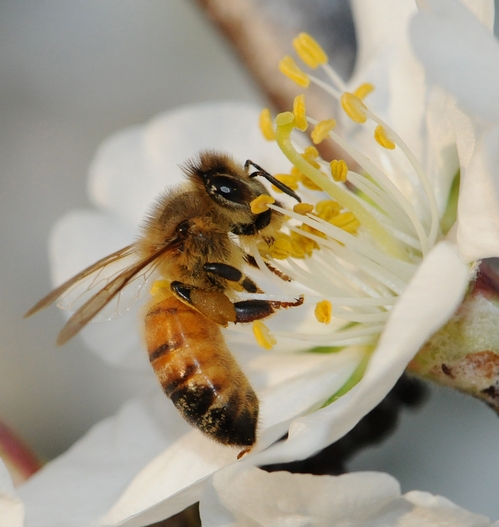