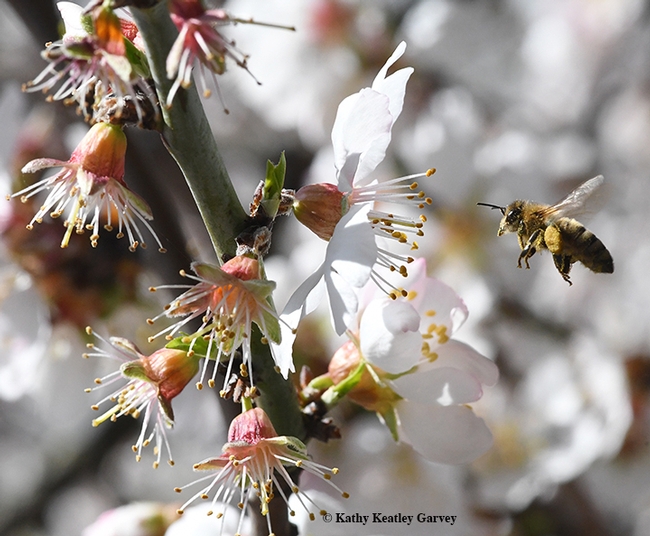 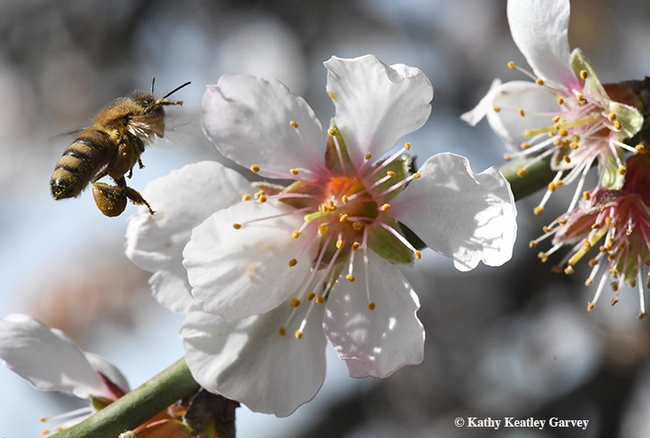 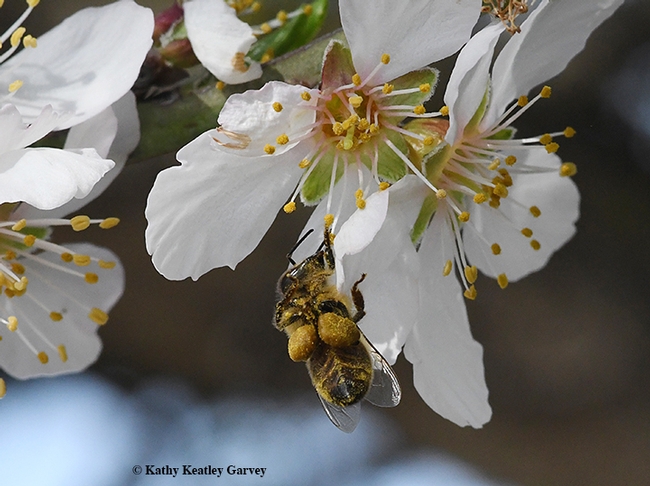 A honey bee with "saddlebags" of pollen foraging in an almond tree on Feb. 12 in Benicia. (Photo by Kathy Keatley Garvey)
Tags: almond pollination season (9), beekeepers (15), blue orchard bees (4), Eric Mussen (248), honey bees (386), UC Davis Department of Entomology and Nematology (521)
Comments: 1
Comments:
by Caroline Kirsch
on February 24, 2017 at 1:39 PM
Haven't been much above 51 degrees this week...know ants were out in force when it warmed up a couple of days last week. Sadly, haven't made it up the hill to check on my almonds...too muddy. From garden, it appears to still be dormant.
I'll be on the lookout for pollinators!
Leave a Reply: