The all-day event is designed for beekeepers of all experience levels, including gardeners, farmers and anyone interested in the world of pollination and bees.

The symposium is sponsored by the UC Davis Honey and Pollination Center and the UC Davis Department of Entomology and Nematology. 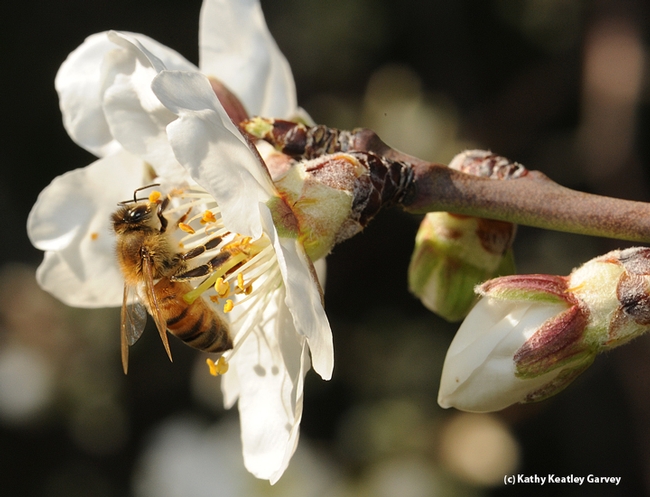 I love your pollinator photos and have used a few as the background picture on my computer desktop. Many people who stop by my desk ask about the photos,and I've sent links to this blog to a few of them. I was wondering - do you ever make high rez copies of your photos on Flickr or some other site? I've switched to a much larger monitor, and the photos available on this blog don't cover very much screen real estate any more!