Shirley Luckhart is the recipient of the PBESA's Medical, Urban and Veterinary Entomology Award.
When the Pacific Branch, Entomological Society of America, meets for its 101 annual conference April 2-5 in Portland, Ore., three UC Davis-affiliated scientists will receive special awards.

One recipient is a faculty member, one is a postdoctoral fellow, and another, a graduate student.

The three will be among the 13 award recipients honored by PBESA,which encompasses 11 Western U.S. states, plus several U.S. territories and parts of Canada and Mexico.

Shirley Luckhart, who received her doctorate in entomology in 1995 from Rutgers, The State University of New Jersey, joined the UC Davis faculty in 2004 from Virginia Tech. Since 1997, the National Institutes of Health has continuously funded her research on host-parasite interactions in malaria.

Highly regarded expertise on molecular cell biology and biochemistry of malaria parasite transmission, she is a Fellow of the American Society of Tropical Medicine and Hygiene in 2014. She and her colleagues drew international acclaim when Time Magazine, in 2010, named their work on a “malaria-proof” or genetically engineered mosquito as one of the “Top 50 Inventions of the Year,” ranking it No. 1 in the health category.

While most of her work has been lab-based, Luckhart has worked with collaborators in Kenya for the past 20 years and on highly productive field- and lab-based collaborative projects in Mali, Cameroon, and Colombia. Her career includes principal investigator on large awards to both national and international teams and co-director of multiple National Institutes of Health (NIH) training grants. She currently serves on the NIH Vector Biology study section and is a member of the Scientific Advisory Group for the Biodefense and Emerging Infections Research Resources Repository (BEI Resources).

For the past five years, Luckhart has chaired the national BEI Vectors Focus Group, which works with NIH's National Institute of Allergy and Infectious Diseases leadership to significantly expand vector and vector-borne pathogen resources globally.

At UC Davis, she served as interim co-director of the Center for Vector-borne Diseases from 2014-15 and chaired the graduate level Designated Emphasis in the Biology of Vector-borne Diseases from 2012 to earlier this year. She also directs a large collaborative insectary facility at UC Davis, providing support to vector-borne disease research programs in the School of Medicine, the College of Agricultural and Environmental Sciences, and the School of Veterinary Medicine.

Luckhart has published 93 peer-reviewed articles, with more than 2500 citations, and five book chapters. Throughout her career, she has taught and mentored nine doctoral students, who have gone on to successful careers at the state, national or international level. In recognition of her work, she received mentoring awards from the UC Davis Consortium for Women and Research (2012) and the UC Davis Graduate Student Association (2016).

Luckhart will transition to the University of Idaho, effective May 15, as will her husband Edwin Lewis, associate dean for Agricultural Sciences in the College of Agricultural and Environmental Sciences and former vice chair of the UC Davis Department of Entomology and Nematology. They will expand their research programs and co-direct the new Center for Health in the Human Ecosystem, which will focus on how the impacts of land use, including agriculture, urbanization and deforestation, interact to impact transmission and control of disease agents of people, animals and plants.

Marek Borowiec, who holds a master's degree in zoology from the University of Wroclaw, Poland, joined the Phil Ward lab in 2010, receiving training as a molecular phylogeneticist and computational biologist. Borowiec is now a postdoctoral fellow in the lab of evolutionary biologist/ant specialist Christian Rabeling, Arizona State University, where he studies the genomics of speciation and evolution of social parasitism in Formica ants.

One of the highlights of Borowiec's career: last year he won the coveted George C. Eickwort Student Research Award, sponsored by the North American Section of the International Union for the Study of Social Insects (IUSSI-NAS).

“Marek is an astute and dedicated scientist, with an insightful mind, diverse interests, and trenchant drive,” wrote Phil Ward in the awards nominations packet. “Marek's Ph.D. research was motivated by a strong interest in the patterns and processes underlying the genesis of biological diversity. He explored this through a range of studies on ant systematics, phylogeny and biogeography. The principal focus was on the evolution of army ants—those charismatic and notorious creatures that have a profound ecological impact in many communities—and he showed decisively that the ‘army ant syndrome' evolved independently in the New World and Old World tropics, settling a long-standing controversy on this matter.

Borowiec has published more than 25 papers, many focusing on the phylogeny of army ants, relationships among “basal” lineages of ants, and a collaborative phylogenomic project on ants and their relatives.

Ralph Washington Jr., who received his bachelor of science degree in entomology at UC Davis in 2010, is known as an outstanding scholar and leader. He holds a National Science Foundation Graduate Research Fellowship. He has also previously received a Gates Millennium Scholarship, a Ronald E. McNair Graduate Fellowship, and a Monsanto Graduate Student Scholarship.

Washington is active in leadership roles on the UC Davis campus, UC systemwide, and in PBESA and the Entomological Society of America (ESA). He captained the UC Davis Linnaean Games team to several first place wins at the PBESA level and then led his team in winning the national championship in both 2015 and 2016. He was an integral part of the UC Davis Student Debate Team that won the ESA's 2014 national championship. In addition, he swept first place in the Natural History Trivia Competition at the 2016 Annual Meeting of the American Society of Naturalists.

Washington's leadership activities include 2015-2016 co-chair of the UC Council of Student Body Presidents, and 2015-2016 Chair of the UC Davis Graduate Students' Association. He was named Graduate Student of the Year in 2015 and 2016 at the UC Davis Black Affirmation Awards. He is currently president of the University of California Student Association. He is active in social justice issues, including gender-based violence and misconduct, and institutional oppression.

Washington was one of nine people invited to speak at TEDxUCDavis Conference (Igniting X). "All human beings are born curious, but the wrong conditions can jeopardize that curiosity," he said, speaking on “Science, Poverty and the Human Imagination.”

“Many children in poverty grow up feeling a lack of control over their circumstances, and this severely inhibits their ability to imagine a reality other than their own,” said Washington, who grew up in an impoverished family. “Targeted science education starting from a young age can inspire and help struggling children."

Other 2017 PBESA award recipients to be honored at the PBESA meeting in Oregon: 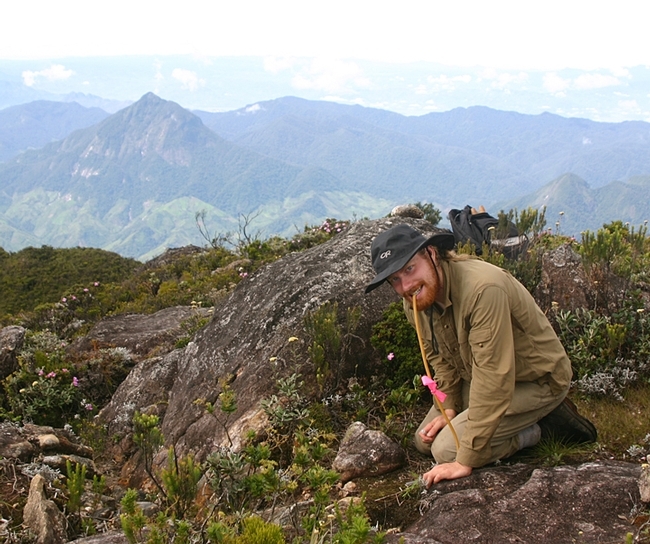 Ant specialist Marek Borowiec, who received his doctorate in entomology in June 2016 from UC Davis, studying with major professor Phil Ward, won the PBESA Systematics, Evolution, and Biodiversity Award. This photo was taken in Madagascar by friend Kimiora Ward. 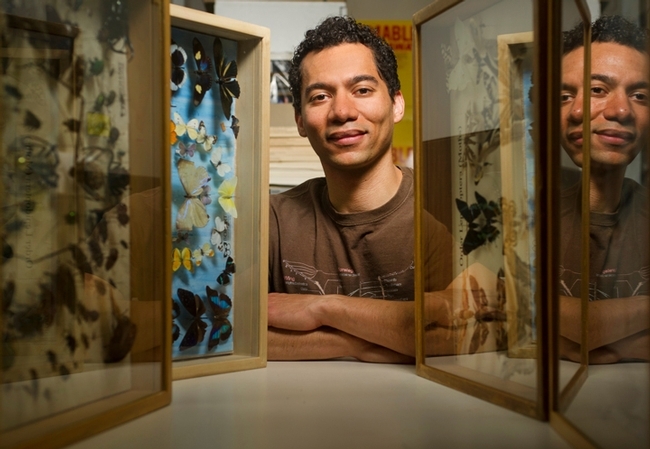