Bug Squad
sitenum=63
Happenings in the insect world
Show Me the Honey--And They Did! Graduate student Yao Cai of the Joanna Chiu lab holds a honey-coated toothpick in each hand. (Photo by Kathy Keatley Garvey)
Show me the honey!

That was a popular refrain at the 103rd annual UC Davis Picnic Day, held Saturday, April 22.

The UC Davis Department of Entomology and Nematology showed thousands of folks the honey at its Briggs Hall exhibit, "Honey Tasting."  The line stretched out the door and into the lobby as eager folks--from pre-schoolers to senior citizens--waited for samples and an opportunity to talk to the scientists.

The crowd liked the meadowfoam honey the best, followed by citrus.

It was a team effort. Student scientists left their labs to staff the honey tasting table. Okay, they made a "bee line" there. In between handing out toothpicks coated with honey, they conversed with the public, answering questions about honey, bees, and beekeeping. One participant asked "What's good about honey?" Other questions included "How are the bees?" and "How can I become a beekeeper?"

It wasn't just about the honey. Scores of other insect-related events also took place at Briggs Hall (maggot art, cockroach races, and displays featuring ants, mosquitoes and bees, in addition to forensic, aquatic, and forest entomology. Meadowfoam honey proved the most popular of the honeys sampled. (Photo by Kathy Keatley Garvey)
Over at the Bohart Museum of Entomology, thousands flocked through the doors to see butterfly and other insect specimens, live scorpions, live carpenter bees, and a live "petting zoo" (Madagascar hissing cockroaches, walking sticks and tarantulas).

Now for the good news: two of the department's exhibits were up for special awards--honey tasting at Briggs Hall, and the multiple displays at the Bohart Museum.

How sweet it is!

Fittingly, the theme of this year's UC Davis Picnic Day was "Growing Together." The annual event, drawing in surrounding communities, is really one gigantic open house, and a time to "come and experience the richness of diversity and achievement" of the university in "the areas of research, teaching service and campus life," organizers said.

Congratulations to all! They were all special!

Speaking of special, mark your calendars to learn more about bees, honey and beekeeping: 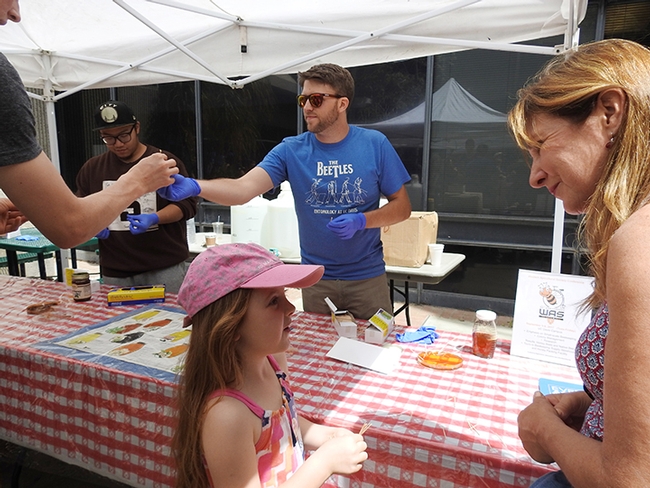 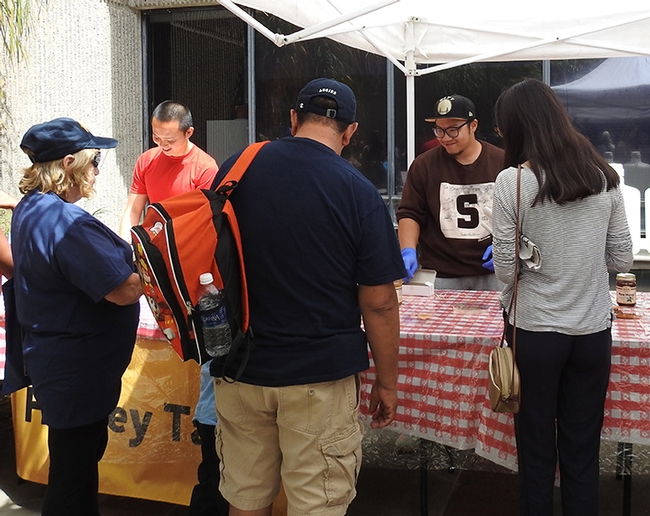 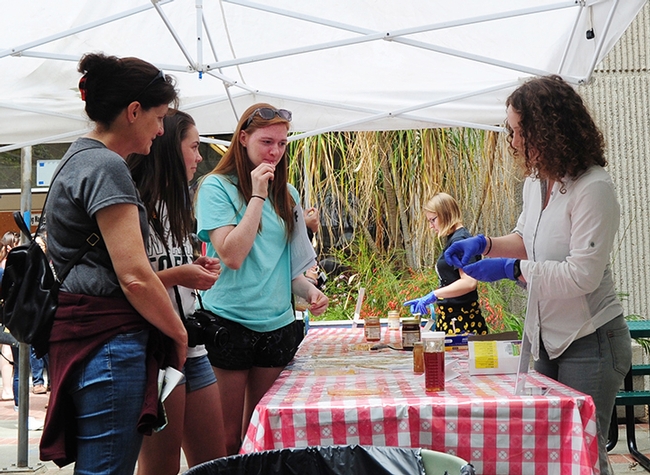 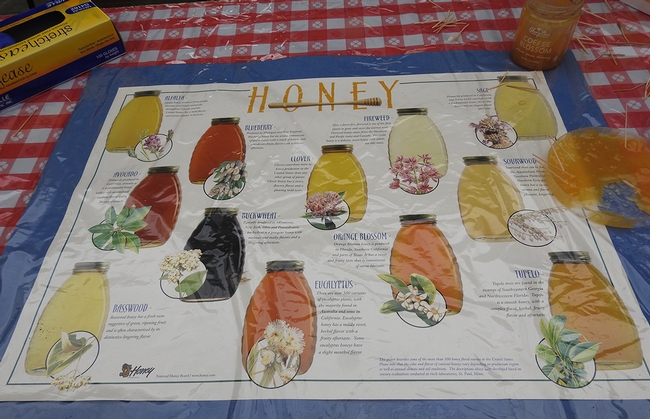