The brown planthopper, Nilaparvata lugens, or BPH, is the economically most important rice pest in Asia.  It's found only in southeast Asia and Australia, but the methods that a nine-member research team used may be appropriate here in the rice-growing areas of California, says UC Davis agricultural entomologist Christian Nansen, who was part of a nine-member team that just published first-of-its-kind research. It appears in Scientific Reports of the journal Nature.

Using the sustainable pest management method known as "the banker plant system," they did field and laboratory work in China with good results: attracting alternative hosts to parasitoids of rice insect pests, can help protect a rice crop. The players: a grass species, a planthopper, and an egg parasitoid.

“Many people are familiar with the concept of a ‘trap crop'-- a sacrificial crop which is planted mixed in with or adjacent to an economically important crop and the trap crop serves to manipulate pests away by offering them a more attractive/suitable host alternative,” said Nansen, an assistant professor with the UC Davis Department of Entomology and Nematology. “The use of banker plants in pest management is similar to the use of trap crops, but banker plants typically have multiple ecological functions.”

The researchers planted a grass species, Leersia sayanuka, next to rice. It attracted a planthopper (Nilaparvata muiri), which does not infest rice. Brown planthopper, Nilaparvata lupens. (Photo courtesy of Wikipedia; image by Natasha Wright, Cook's Pest Control, Bugwood.org)
“But N. muiri is a very good host for the important egg parasitoid, Anagrus nilaparvatae, which is also a parasitoid of the economically important pest, the brown planthopper, Nilaparvata lugens,” Nansen explained. “So, by planting the grass, the parasitoids have plenty of hosts year round – even after the rice harvest season– and that ensures steady population dynamics of the parasitoid across seasons.”

Rice is the stable food of more than 50 percent of the global population, and 60 percent of the Chinese population. However, scientists concur that the world's rice production needs to increase drastically over the next three decades to meet the growing food demand in Asia. Growing concern over BPH outbreaks and higher pesticide usage led to the sustainable pest management study.

Titled “Use of Banker Plant System for Sustainable Management of the Most Important Insect Pest in Rice Fields in China,” the research is unique in that it is the first published study describing the attraction of alternative hosts to parasitoids of rice insect pests. In rice systems, previously published research involved planting sesame as a nectar source to promote the establishment and persistence of a predatory bug; and studies involving parasitoids.

Noting the importance of the banker plant system, Nansen said that banker plants “involve promotion of plant diversity to enhance pest self-regulatory ecosystem functions, such as predation and competition, to reduce susceptibility of agricultural crops to native and invasive pests. Also, banker plants “may provide resources, such as shelter, pollen and nectar or alternative preys to improve the establishment and persistence of beneficial insect populations used to control a specific pest.” The first successful banker plant system, developed in 1977, involved tomato as the banker plant, a parasitoid and a whitefly.

Nansen is affiliated with both UC Davis and the Zhejiang Sustainable Pest and Disease Control, Institute of Plant Protection and Microbiology, Zhejiang Academy of Agricultural Sciences, Hangzhou, China. 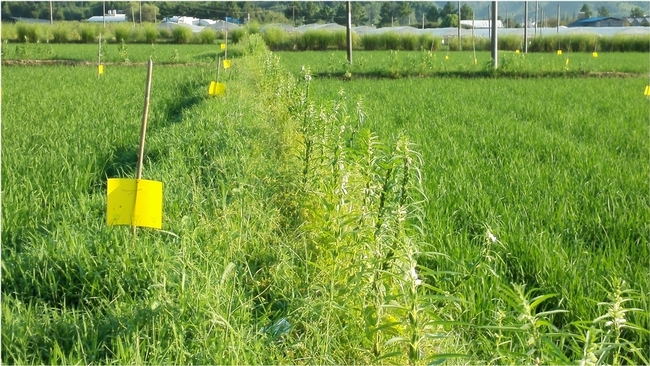