Emma Cluff, a Bohart associate and UC Davis student majoring in biological sciences, displays insects on herself. (Photo by Kathy Keatley Garvey)
Excitement surged at the UC Davis Academic Surge Building on Crocker Lane during the recent "Take Our Daughters and Sons to Work" (TODS) Day.

It was a day for UC Davis employees to bring their offspring to campus to show what they and their peers do, and to interest them in career choices and opportunities.

The Bohart Museum of Entomology and the UC Davis Museum of Wildlife and Fish Biology are both housed in the Academic Surge Building.

The David and Sarah Trombly family (David works for UC Davis Utillties) were there with their three sons, Daniel, 5, Joshua, 4, and Joseph, 11 months. Joshua, the entomology fan in the Trombly family, exulted over the bugs, eagerly asking the Bohart scientists for identification. His smile widened each time he received an answer.

Amiyah Robinson, 8, was among the daughters who participated in TODS, joining her mother, Chelsy Robinson, who works in Human Resources.  Lynn Kimsey, director of the Bohart Museum and professor of entomology, introduced them to the fascinating world of insects.

Then it went from bugs to snakes! Amiyah walked down the hallway to the display provided by the Museum of Wildlife and Fish Biology.  Owner Donnelly “Papaya” West of Papaya Pythons, Davis, was there for an educational presentation on  snakes. Amiyah petted K'uychi, an 8-foot-long, 9-pound rainbow boa, Epicrates cenchria. True to its name, its colors resembled a rainbow in the sunlight.

Want to see more Bohart Museum insects? The Bohart is displaying 17 drawers of insect specimens at the 142nd annual Dixon May Fair, which opened Thursday, May 11 and continues through Sunday, May 14.  The specimens are displayed all four days in the Floriculture Building. Scientists will be at the Floriculture Building on two afternoons: Friday, May 12 and Saturday, May 13 with the hissers and the sticks. Fairgoers will be invited to hold and photograph them.  On Friday afternoon, an added attraction is Wade Spencer showing his scorpions, Hamilton and Celeste. Then on Saturday, entomologist Jeff Smith, who curates the butterfly and moth display at the Bohart Museum, will discuss and show his insect specimens, gathered from many parts of the world. (See May 10 Bug Squad blog) 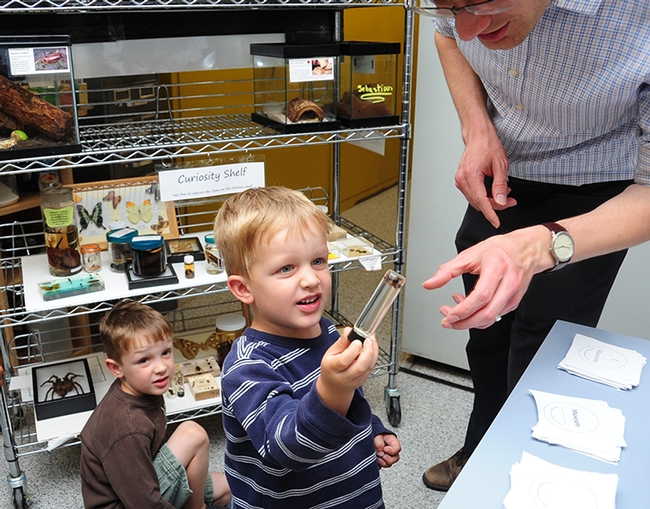 Joshua Trombly, 4, eagerly asks for insect identification at the Bohart Museum of Entomology. In back is his brother Daniel, 5. (Photo by Kathy Keatley Garvey) 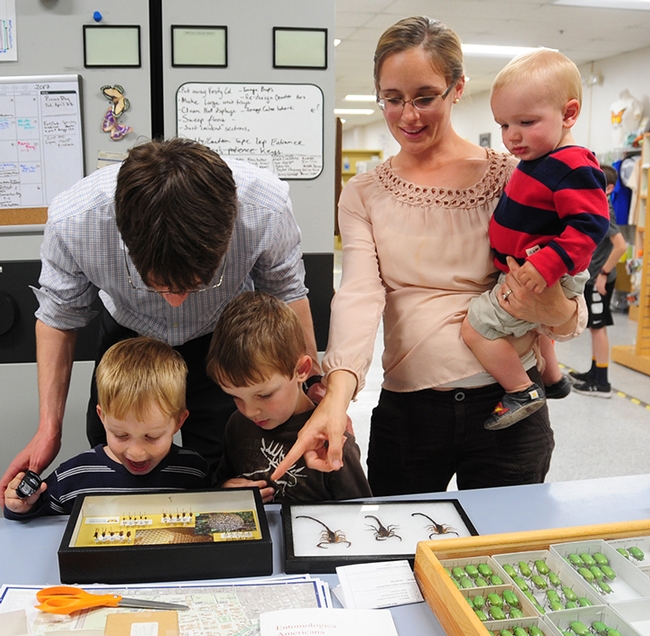 Checking out the insect specimens at the Bohart Museum of Entomology are David and Sarah Trombly and their three sons (from left) Joshua, 4, Daniel, 5, and Joseph, 11 months. (Photo by Kathy Keatley Garvey) 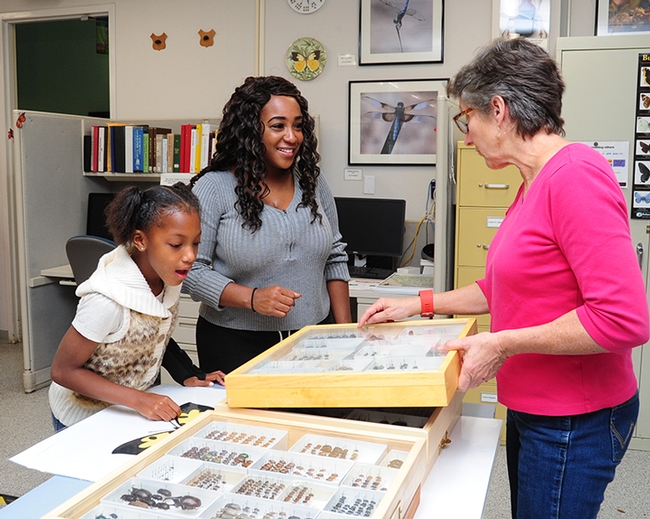 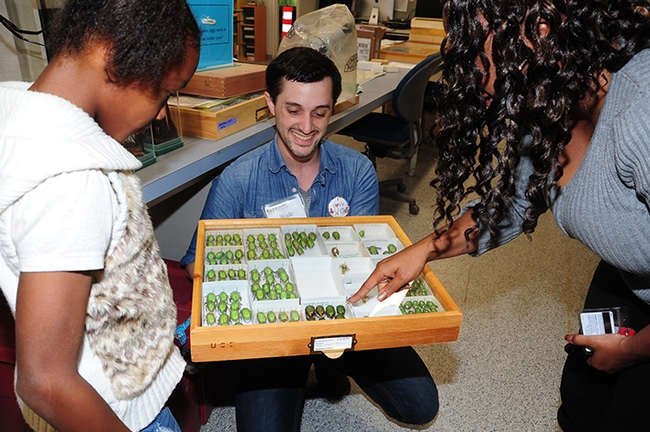 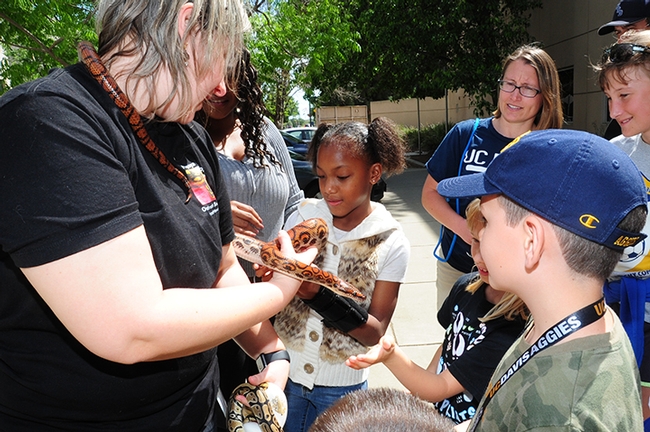 Donnelly "Papaya" West of Papaya Pythons, Davis, shows her snakes to Amiyah Robinson, 8, (center) and other excited youngsters and adults at "Take Our Daughters and Sons to Work" Day. (Photo by Kathy Keatley Garvey) 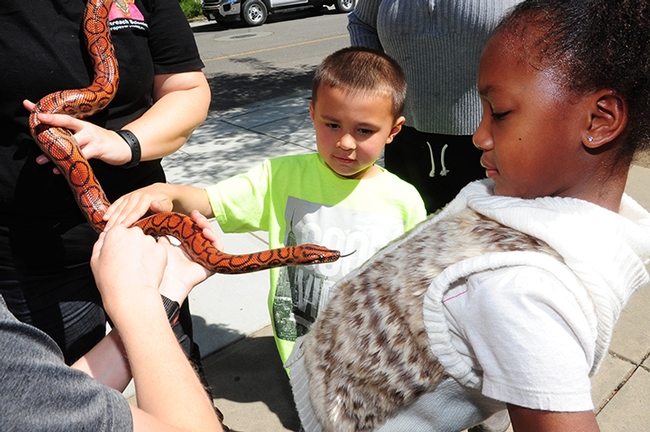