Bug Squad
sitenum=63
Happenings in the insect world
Fusing Art with Science: 'I'd Like a Faster Maggot' Neel Fulde, 7, of Davis, is eager to work on his maggot art painting. (Photo by Kathy Keatley Garvey)
"I'd like a faster maggot."

So said a little boy working on his maggot art project last Sunday afternoon, July 9, at the Bohart Museum of Entomology, UC Davis.

The occasion: a special open house with special presenters, members of North American Forensic Entomology Association (NAFEA). The forensic entomologists are on the UC Davis campus through July 12 for their annual conference. Forensic entomologist Robert Kimsey of the UC Davis Department of Entomology and Nematology, is a past president of the group.

Neel Fulde, 7, of Davis, arrived at the Bohart Museum with his mother, Shama Mesiwala, who watched him expertly use forceps to grab a maggot and dip it into non-toxic, water-based paint and release it on the "canvas"--white paper. Neel guided it around on what he termed his "obstacle-course" drawing.

Forensic entomologist Rebecca O'Flaherty, a former graduate student of Kimsey's, coined the educational teaching curriculum,  "Maggot Art," back in 2001 when she was studying at the University of Hawaii. She was rearing blowflies for her forensic research and wanted an activity to draw the interest of elementary school students.  She also wanted to generate interest and respect for forensic entomology. A sign, "Keep calm and carrion," fronted this display. (Photo by Kathy Keatley Garvey)
Her Maggot Art quickly drew national interest. The CSI television show featured one of her works, “Ancient Offering,”  which hung on the permanent set in Gil Grissom's office. O'Flaherty also exhibited her work at art shows, including a two-month exhibition at the Capital Athletic Club, Sacramento, in 2007.

Maggot art is a traditional and popular activity at the annual campus UC Davis Picnic Day. The UC Davis Department of Entomology and Nematology conducts the event at Briggs Hall and will do so again at next year's Picnic Day: April 21.

Meanwhile, the Bohart Museum is gearing up for its next two summer open houses (free and open to the public and no reservations required):

The museum's gift shop, open year around, includes T-shirts, sweatshirts, books, jewelry, posters, insect-collecting equipment and insect-themed candy.The Bohart Museum's regular hours are from 9 a.m. to noon and 1 to 5 p.m. Mondays through Thursdays. The museum is closed to the public on Fridays, Saturdays and Sundays and on major holidays. Admission is free.

For more information contact the Bohart Museum at (530) 752-0493 or bmuseum@ucdavis.edu 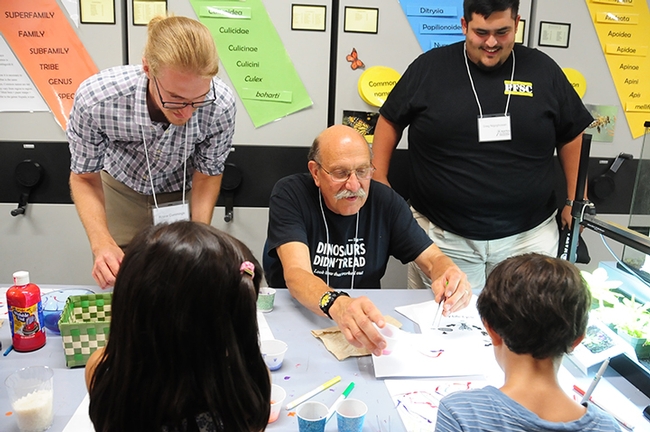 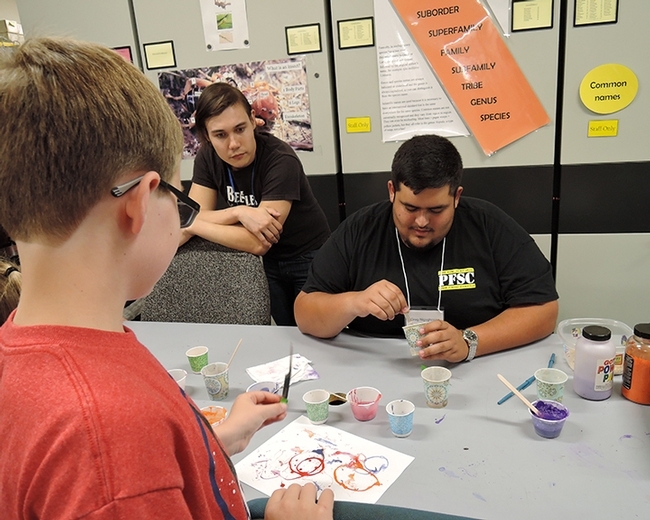 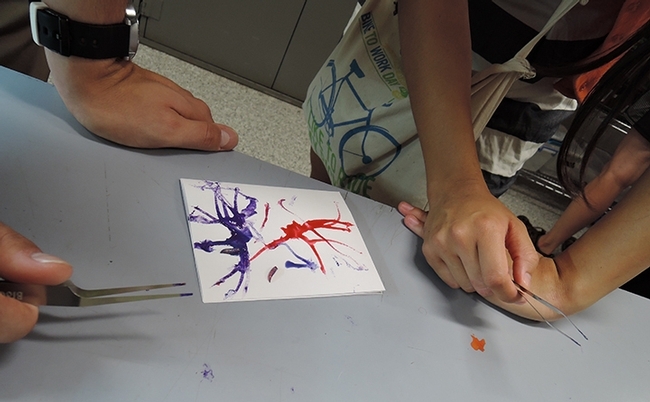 Maggot art in action. Sometimes it's a short wait while the maggot crawls around. (Photo by Kathy Keatley Garvey) 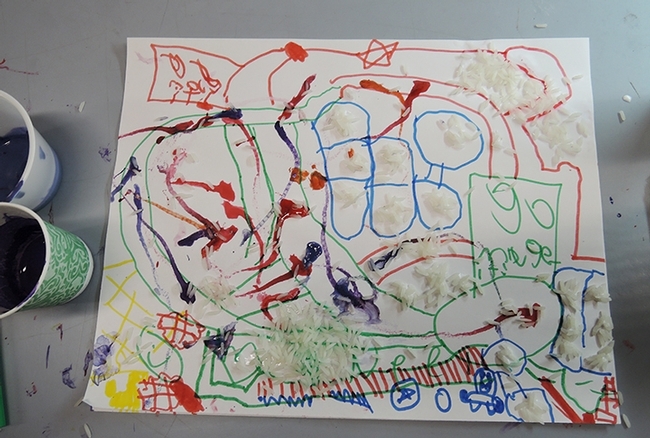 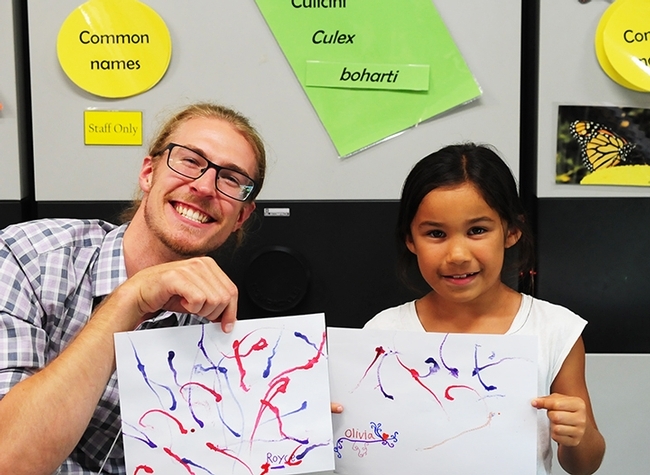 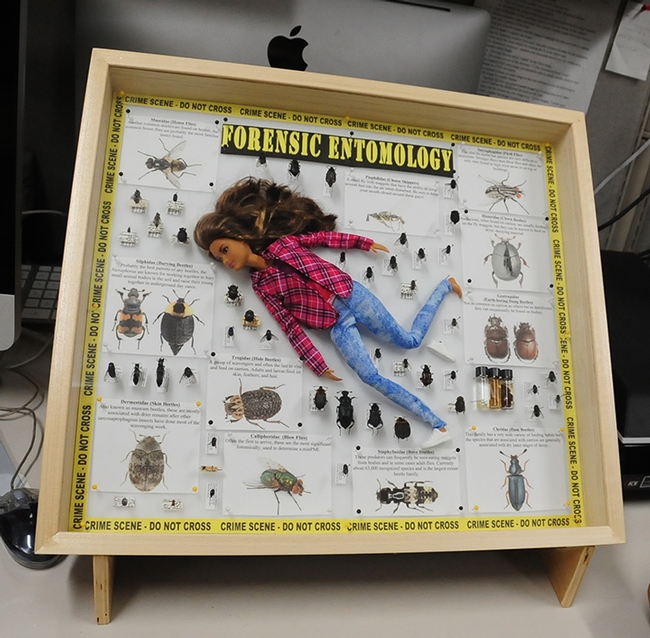 One of the forensic entomology displays at the Bohart Museum of Entomology open house. (Photo by Kathy Keatley Garvey) 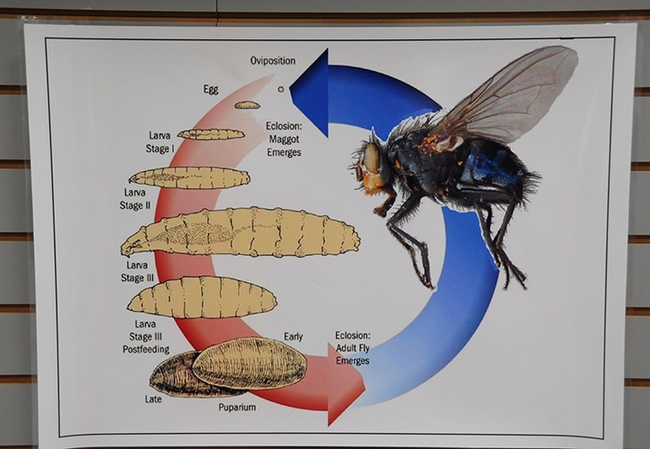