Water warrior Bruce Hammock seems unaware that a balloon is heading his way. (Photo by Kathy Keatley Garvey)
DAVIS--Fifteen minutes of aim. That's all it took.

The 14th annual Bruce Hammock Lab Water Balloon Battle that took place on the Briggs Hall lawn, University of California, Davis, amounted to “fifteen minutes of aim” as academics and their families gleefully tossed 2000 balloons in 15 minutes as the temperature soared into the 90s.

When the water warriors depleted their supply, they drenched their fellow warriors with excess water from the buckets and other containers.

Bruce Hammock, UC Davis distinguished professor who holds a joint appointment with the UC Davis Department of Entomology and Nematology and the Comprehensive Cancer Center,  managed to drench colleague Aldrin Gomes, associate professor of neurobiology, physiology and behavior, in a one-on-one soakfest.

“That was me losing Aldrin's friendship,” Hammock quipped of his four-year friendship. Hammock's office is headquartered on the ground or “garden” level of Briggs, and Gomes, on the first floor.

“Aldrin is one of our UC Davis star scientists,” Hammock said. “He works on heart failure and heart mitochondria. He's a very good guy. He has just been funded as part of the UC Davis Superfund Program (which Hammock directs).” Kai Wang of the international Bruce Hammock lab ducks as he eyes the water balloons. He is a graduate student from China. (Photo by Kathy Keatley Garvey)
Hammock launched the annual event in 2003 as a form of camaraderie and as a means of rewarding the lab members for their hard work. Other professors and their labs are invited to join in.

The thirsty Briggs Hall lawn benefits as do the fun seekers. The participants pick up the balloon remnants before returning to work. 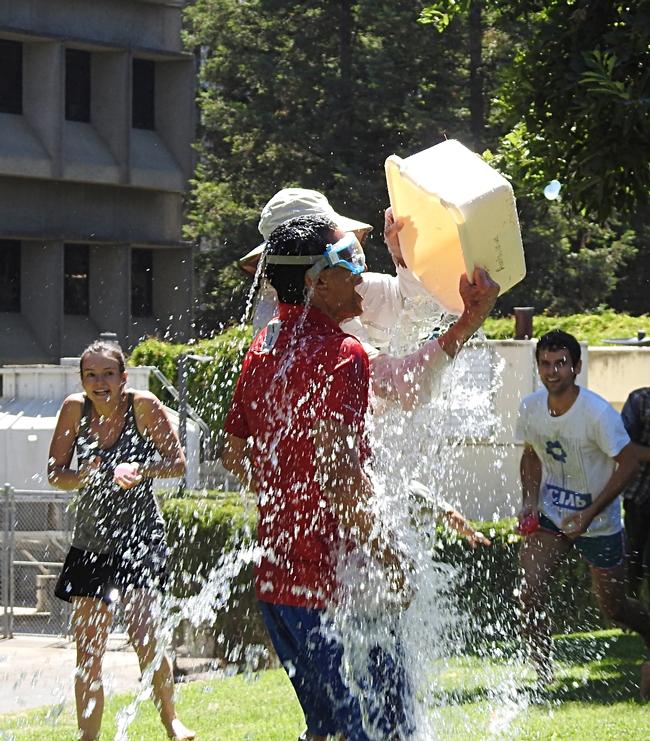 Bruce Hammock, distinguished professor who holds a joint appointment with the UC Davis Department of Entomology and Nematology and UC Davis Comprehensive Cancer Center, drenches his friend and colleague Aldrin Gomes, associate professor, of neurobiology, physiology and behavior. Watching in glee are Hammock lab members Capucine Roux, a French student here for the summer, and Bogdan Barnich, a postdoc from the Ukraine. (Photo by Kathy Keatley Garvey) 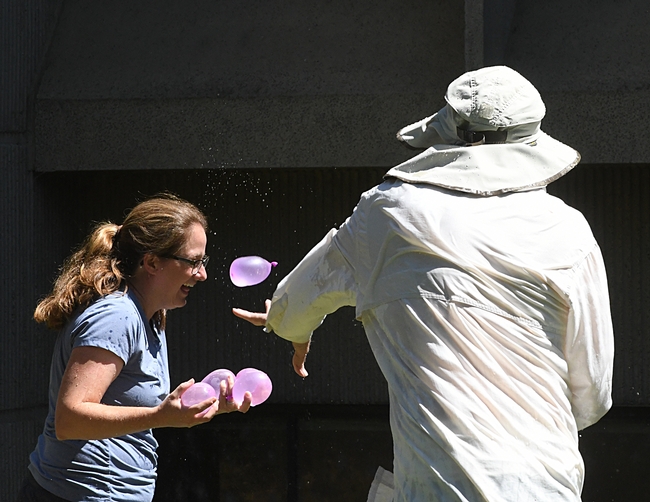 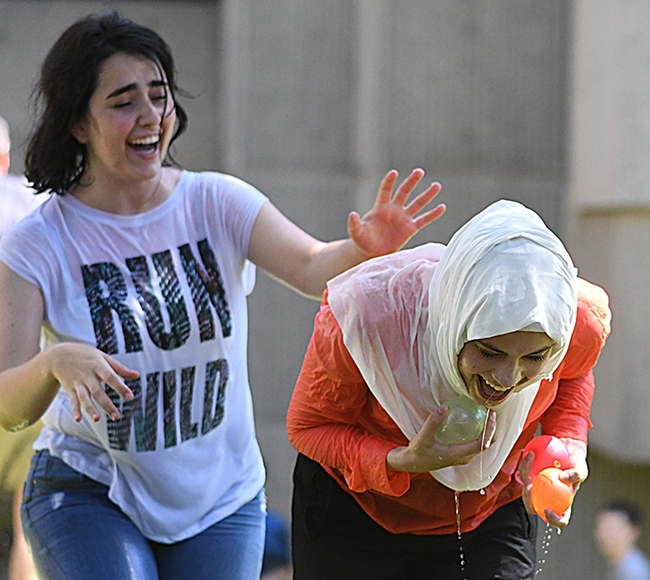 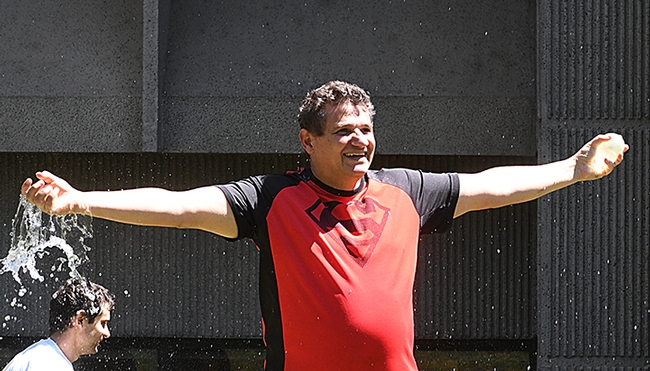 Researcher Christophe Morisseau of the Bruce Hammock lab signals for the battle to begin. (Photo by Kathy Keatley Garvey) 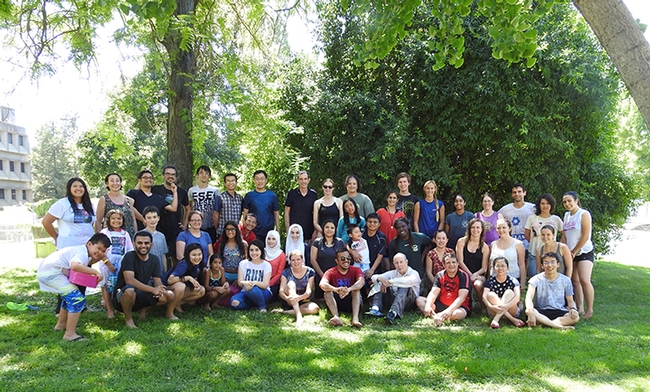