Distinguished professor Frank Zalom of the UC Davis Department of Entomology and Nematology, shown here in a strawberry field, is the recipient of the 2017 B. Y. Morrison Medal.
DAVIS--Integrated pest management specialist (IPM) Frank Zalom, UC Davis distinguished professor of entomology, has been named the recipient of the 2017 B.Y. Morrison Medal, established in 1968 by U.S. Department of Agriculture/Agricultural Research Service (USDA-ARS).

Zalom is the first entomologist to receive the coveted award, according to Kim Kaplan of the USDA-ARS Office of Communications.

Zalom will receive the award, co-sponsored by USDA-ARS and the American Society for Horticultural Science (ASHS), on Thursday, Sept. 21 at the ASHS conference in Waikoloa, Hawaii. He will present the Morrison Memorial Lecture on “Significance of Integrated Pest Management to Sustainable Horticultural Production – Observations and Experiences.”

The IPM concept was developed by pest scientists in response to economic, environmental, and societal issues facing growers, Zalom says in his abstract. “The application of IPM concepts to horticultural crops has been particularly useful to facilitate sustainable production when presented with extrinsic challenges that arise from the presence of insect pests. Changing consumer preferences, new governmental regulations, limited pesticide availability and resistance development, and invasive species introductions are among challenges to horticultural crop production that have been mitigated with an IPM approach. Observations and experiences demonstrate that effective IPM benefits from a transdisciplinary approach that places the plant as the unifier of knowledge.”

Zalom, a past president of the 7000-member Entomological Society of America (ESA) and a member of the UC Davis faculty since 1980, holds a doctorate in entomology from UC Davis.

He is known for his work in the sustainability of tree crops, small fruits, vegetable crops, water quality and invasive species. Under his 16-year leadership as director, the University of California Integrated Pest Management Program (UC IPM) became recognized as the premier program of its type in the world. During that time, he reinforced the need for “sustainability” in the pursuit of managing pests.

The horticultural crops that Zalom has addressed during his 38-year career include almonds, grapes, olives, strawberries, tomatoes, and scores of others. Almonds in California account for more than 80 percent of the world's production and more than $4 billion of export value. California grapes account for all of the table grapes produced in the US, valued at $1.8 billion, and represent 85 percent of wine grapes that contribute to $32 billion in retail value. California growers also produce more than 85 percent of U.S. strawberries valued at about $2 billion annually, and virtually all of the country's olives and processing tomatoes. He is currently the primary campus-based entomologist working on all of these crops.

His research projects on pests, leading to successful agricultural applications, include navel orangeworm and spider mites in almonds, spider mites in strawberries, spotted wing drosophila in raspberries and cherries, and olive fruit fly in olives. He led the successful multidisciplinary research and extension effort during the 1990s that resulted in the reduction of dormant sprays in almonds and tree fruit by more than 50 percent while reducing organophosphate insecticide used as dormant sprays by over 90 percent. Recently, he and USDA-ARS virologist Mysore Sudarshana identified the vector of grapevine red blotch virus in vineyards as a treehopper, which now opens the possibility for developing a management approach to control the spread of the virus.

Known nationally and globally for his IPM leadership in numerous organizations, Zalom is an elected fellow of four scientific organizations: ESA, American Association for the Advancement of Science, Royal Entomological Society (London) and the California Academy of Sciences.

He organized and co-chaired--with presidents of four other entomological societies--the first ever International Entomology Leadership Summit, spanning two days within the 2016 International Congress of Entomology (ICE) meeting in September in Orlando, Fla.

Highly honored by his peers, Zalom is the recipient of numerous awards, including the most recent: Perry Adkisson Distinguished Speaker Award from Texas A&M University; the Entomological Foundation IPM Team Award, the Entomological Foundation Excellence in IPM Award, and the Outstanding Mentor Award from the UC Davis Consortium for Women and Research.

Zalom has authored more than 340 peer-reviewed journal articles, book chapters, and books, and has served as major professor for 12 Ph.D. students and seven master's students.

The Morrison Award memorializes Benjamin Y. Morrison (1891–1966), a pioneer in horticulture, and the first director of the U.S. National Arboretum in Washington, D.C. He also helped found the American Horticultural Society and the American Iris Society. A scientist, landscape architect, plant explorer, author, and lecturer, he advanced the science of botany in the United States and fostered broad international exchange of ornamental plants. He also served as chief editor of the American Horticultural Society's magazine from its inception in 1926 until 1963.

To this day, the National Arboretum shows the impact of his work--particularly in the dogwood plantings, the Asian collections, and the azalea gardens. He also helped organize the arboretum's national herbarium collections.

As a plant breeder, Morrison is probably best known for his azaleas, Kaplan said. “He was one of the leading azalea authority in America during the first half of the 20th Century, and he worked for more than twenty-five years to breed a group of winter-hardy azaleas with large, colorful flowers, especially suited for the mid-Atlantic. These included the more than 400 Glenn Dale hybrids that he developed.” 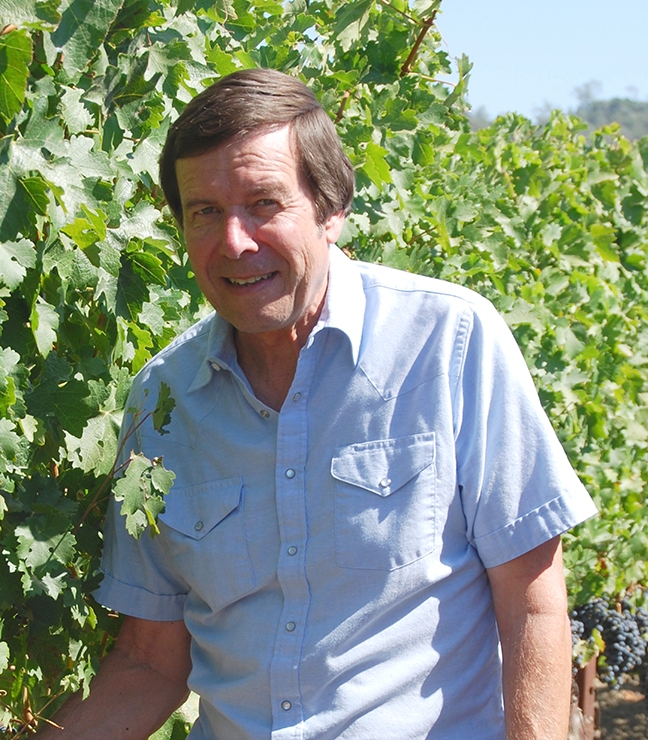 Integrated pest management specialist Frank Zalom, UC Davis distinguished professor of entomology, is shown in a vineyard. Recently, he and USDA-ARS virologist Mysore Sudarshana identified the vector of grapevine red blotch virus in vineyards as a treehopper, which now opens the possibility for developing a management approach to control the spread of the virus.
Tags: B.Y. Morrison Medal (2), Entomological Society of America (66), Frank Zalom (45), UC Davis Department of Entomology and Nematology (445), USDA-ARS (6)
Comments: 0
No Comments Posted.
Login to leave a comment.