Rachel Vannette
You're watching honey bees foraging in a field.


They buzz toward a blossom, sip nectar, and then head for another blossom. Typical, right?

But there's much more going on than you think.

It's not just the nectar that she's scented.

The groundbreaking research shows that nectar-inhabiting species of bacteria and fungi “can influence pollinator preference through differential volatile production,” said Vannette, an assistant professor in the UC Davis Department of Entomology and Nematology.

In their study, the Vannette team researchers first examined field flowers for the presence of nectar-inhabiting microbes, and in collaboration with co-authors Caitlin Rering and John Beck of the U.S. Department of Agriculture's Agricultural Research Service (USDA-ARS), Gainesville, Fla, characterized the headspace of four common fungi and bacteria in a nectar analog. Next, they used an intricate setup to quantify the antennal and behavior responses of honey bees to the chemical compounds. Finally, when they examined the scent of flowers in the field, they found that flowers which contained high densities of microorganisms also contained volatile compounds likely produced by those microbes, suggesting that microbial scent production can be detected and used by pollinators.

About Rachel Vannette: She joined the UC Davis Department of Entomology and Nematology in September of 2015 from Stanford University where she was a postdoctoral fellow.

In her PhD research, she examined how variation in nutrient availability and plant associations with mycorrhizal fungi belowground influenced defense chemistry in milkweed plants and the performance of a specialist herbivore (Danaus plexippus). She found that resource-based tradeoffs can in part explain plant allocation to antiherbivore defense and mycorrhizal fungi. This work also describes that plant genotypes vary in their investment in defense and associations with below ground fungi. 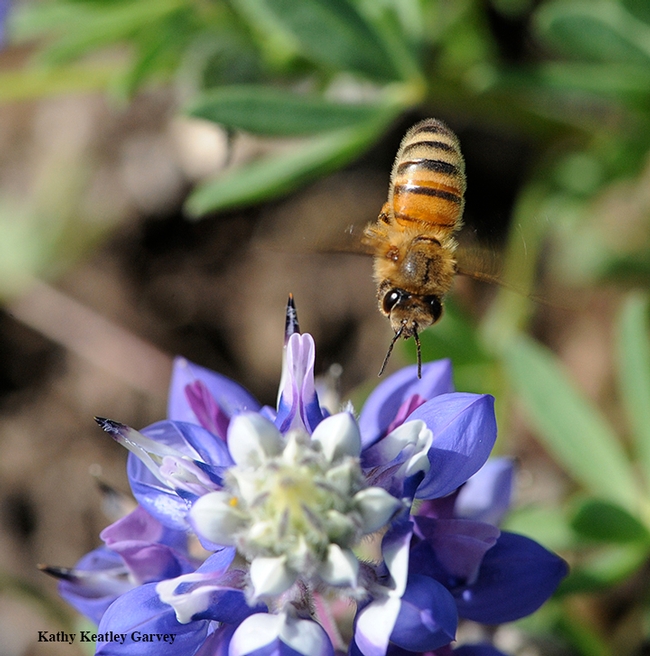 A honey bee heads toward a lupine blossom. It's not just the nectar she's scented. UC Davis community ecologist Rachel Vannette has just published a paper in New Phytologist journal that shows nectar-living microbes release scents or volatile compounds, too, and can influence a pollinator's foraging preference. (Photo by Kathy Keatley Garvey) 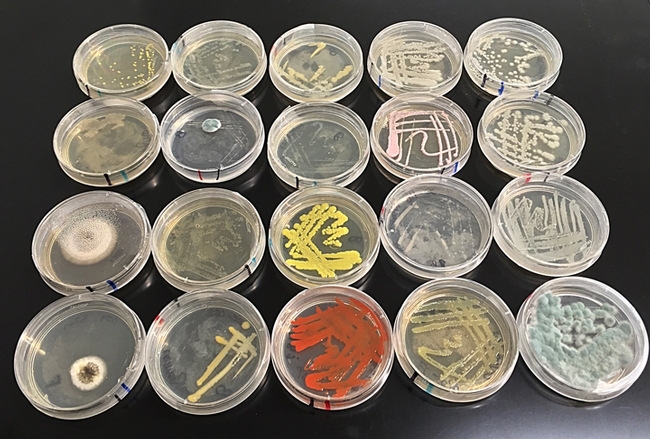 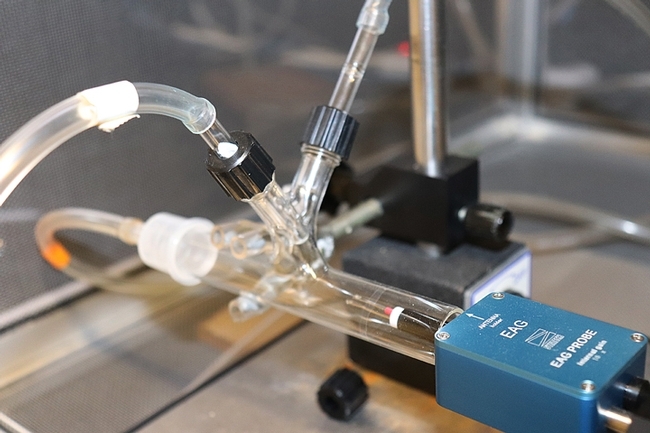