Bug Squad
sitenum=63
Happenings in the insect world
A Butterfly for a Beer! Or Suds for a Bug! Art Shapiro, distinguished professor at UC Davis, sponsors the annual contest as part of his long-term studies of butterfly life cycles and climate change. (Photo by Kathy Keatley Garvey)
A butterfly for a beer? Suds for a bug?

The annual “Butterfly for a Beer” contest, sponsored by Art Shapiro, distinguished professor of evolution and ecology at the University of California, Davis, gets underway on Monday, Jan. 1.

The person who collects the first cabbage white butterfly (Pieris rapae) of the year in one of three counties—Sacramento, Yolo and Solano—will receive a pitcher of beer or its equivalent. The butterfly must be collected outdoors and delivered live to the Department of Evolution and Ecology, Room 2320 of Storer Hall.

"Since 1972, the first flight of the cabbage white butterfly has varied from Jan. 1 to Feb. 22, averaging about Jan. 20," said Shapiro, who researches biological responses to climate change--and has won all the contests but four.

He predicts that the first butterfly of 2018 may be collected as soon as Jan. 5 or 6, “depending on the weather.”

The professor launched the contest in 1972 as part of his long-term studies of butterfly life cycles and climate change.  Pieris rapae  is emerging earlier and earlier as the regional climate has warmed, said Shapiro.  "The cabbage white is now emerging a week or so earlier on average than it did 30 years ago here."

Shapiro netted the first cabbage white butterfly of 2017 at 1:56 p.m., Thursday, Jan. 19 in the student gardens near the Solano Park Apartments. “This was the second year in a row that the first rapae was found in a garden rather than one of the conventional ‘warm pockets,' Shapiro noted. The 2016 winner?  UC Davis ecology graduate student Jacob Montgomery collected it in his garden in West Davis on Jan. 16.

The professor, a fellow of the American Association for the Advancement of Science, the Royal Entomological Society and the California Academy of Sciences,  said Pieris rapae inhabits vacant lots, fields and gardens where its host plants, weedy mustards, grow. The male is white. The female is often slightly buffy;  the "underside of the hindwing and apex of the forewing may be distinctly yellow and normally have a gray cast,” Shapiro said. “The black dots and apical spot on the upperside tend to be faint or even to disappear really early in the season.”

As a caterpillar, the insect is a pest of cole crops such as cabbage. UC Statewide Integrated Pest Management Program (UC IPM) says the cabbageworm is active throughout the year in California. "Cabbageworm larvae chew large, irregular holes in leaves, bore into heads, and drop greenish brown fecal pellets that may contaminate the marketed product. Seedlings may be damaged, but most losses are due to damage to marketed parts of the plant," according to the UC IPM website.

Shapiro, who is in the field for more than 200 days of the year, monitoring butterflies, maintains a research website on butterflies, where he records the population trends. He is the author of A Field Guide to Butterflies of the San Francisco Bay and Sacramento Valley Regions, illustrated by Tim Manolis and published in 2007 by the University of California Press.

Shapiro's four defeats came from UC Davis graduate students:  Adam Porter won in 1983;  Sherri Graves and Rick VanBuskirk each won in the late 1990s; and Jacob Montgomery in 2016. The first three were his own graduate students.

The professor collects many of the winners in mustard patches near railroad tracks in West Sacramento, Yolo County.  Over the last eight years, five came from West Sacramento; two in Davis, Yolo County; and one in Suisun, Solano County.

The dates and locations: 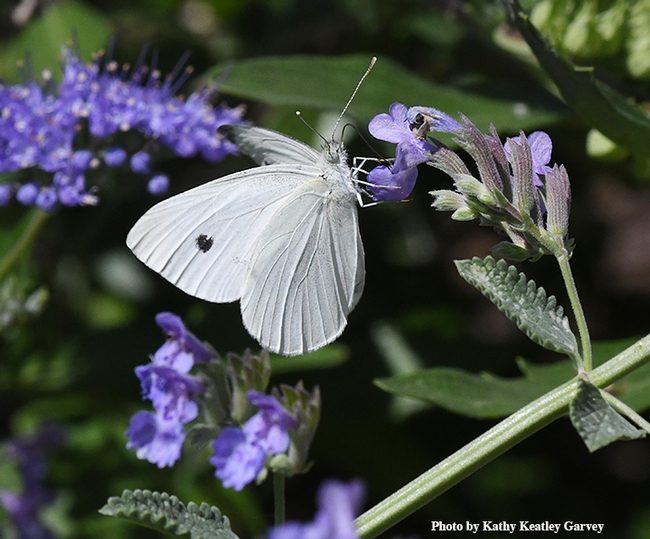