Are you looking for the first cabbage white butterfly of the year in the three-county area of Sacramento, Yolo and Solano? Keep looking. The "Beer for a Butterfly" contest is still underway. This photo was taken last summer in Solano (Vacaville). The butterflies are nectaring on catmint. (Photo by Kathy Keatley Garvey)

If you've been looking for that cabbage white butterfly in the three-area county of Sacramento, Yolo and Solano to win UC Davis Professor Art Shapiro's "Beer for a Butterfly" contest, there's still hope.

Shapiro hasn't found it, either.

Butterflies aren't flying due to the elements: the  rain, the cold and the fog.

Shapiro, distinguished professor of evolution and ecology launched the "Beer for a Butterfly" contest back in 1972 as part of his scientific research. If you collect the first cabbage white butterfly (Pieris rapae) of the year, you can trade "the bug for suds."

Shapiro is offering a pitcher of beer (or its equivalent) for the first cabbage white butterfly  collected in 2018 in any one of the three counties.  “Since 1972, the first flight has varied from Jan. 1 to Feb. 22, averaging about Jan. 20,” he says.

In its caterpillar stage, Pieris rapae is a pest. (See cabbageworm on the UC Statewide Integrated Pest Management Program website.)

Meanwhile, the contest rules include:

Shapiro, who is in the field more than 200 days of the year, monitoring butterflies of central California (see his website), knows where to find the cabbage whites and usually wins the contest. He has been defeated only four times since 1972--and all by UC Davis graduate students.

The professor collects many of the winners in mustard patches near railroad tracks in West Sacramento, Yolo County.  Over the last eight years, five came from West Sacramento; two in Davis, Yolo County; and one in Suisun, Solano County.

The dates and locations: 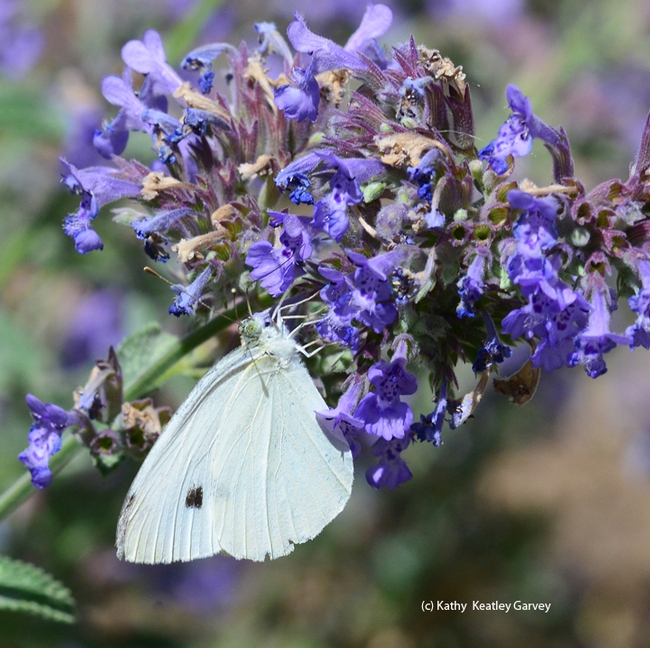