It's amazing what a little Photoshopping can do to a bee on blue.

We captured an image this week of a pollen-packing honey bee on Phacelia campanularia, also known as California blue bells or desert blue bells.

It's a deep inky-blue wildflower that's native to southwestern deserts of California. It's planted in a wildflower patch behind the Sciences Laboratory Building on the UC Davis campus. There it mingles with the white-petalled yellow tidy tips and other wildflowers.

We ran the image through "poster edges" of Photoshop and voila! It's even more inky blue.

Maybe that's what the bee sees. 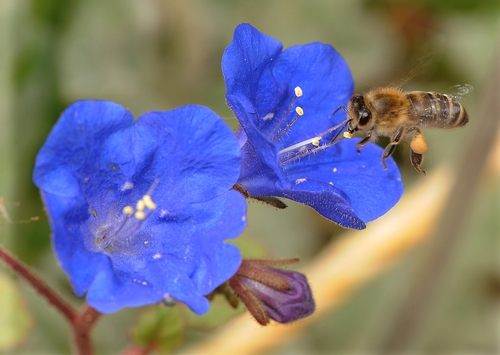 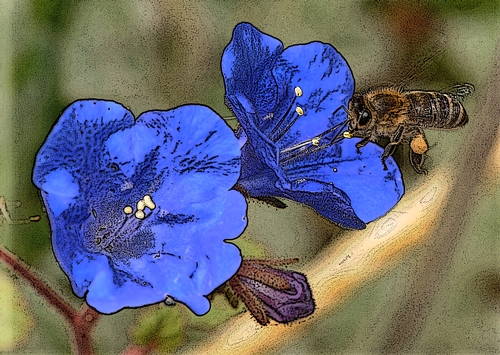 Poster Child
POSTER CHILD--This is what the photo looks like when it's Photoshopped with the "poster edges" filter. Voila! It's even more inky blue. (Photo by Kathy Keatley Garvey)
Tags: California blue bells (1), Phacelia campanularia (1)
Comments: 0
No Comments Posted.
Leave a Reply: