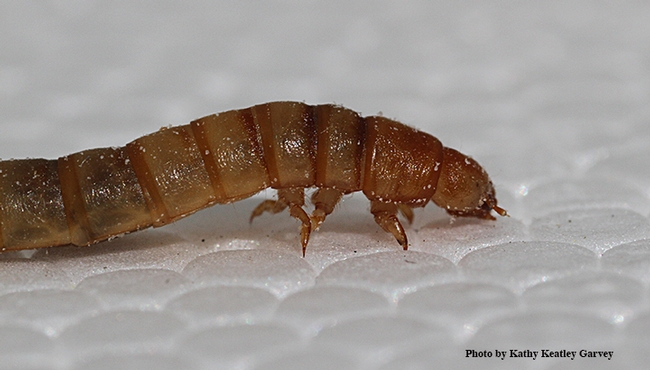 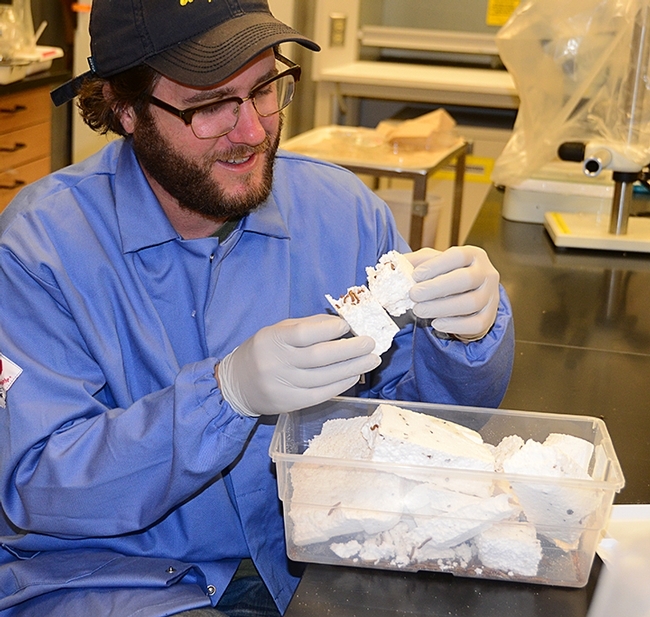 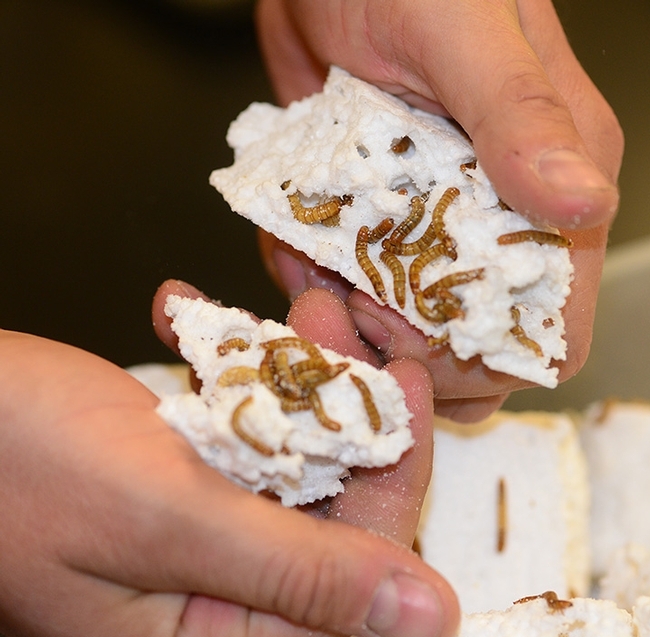 Mealworms eating Styrofoam in the Christian Nansen lab at UC Davis. (Photo by Kathy Keatley Garvey)
Focus Areas:
Focus Area Tags: Agriculture, Environment, Innovation, Natural Resources, Pest Management
Tags: Christian Nansen (15), darkling beetles (2), mealworms (3), Tenebrio molitor (1), Trevor Fowles (1), UC Davis Department of Entomology and Nematology (544)
Comments: 6
Comments:
by Fay
on April 5, 2018 at 8:31 AM
Very cool! Who knew?
by Win L Rogers
on April 5, 2018 at 8:35 AM
I would like to follow the further observations and developments in this project. It is so intriguing.
by Lisa Robinsosn
on April 8, 2018 at 8:46 AM
An entire science fiction horror story just went through my head reading this. After eating up the ag. waste (which would indeed be fantastic) what is going to stop those insects or microbes from going on to eat the farmer's barn, his tractor, his house--or keep them from spreading further outside the farm? Just bringing supposedly harmless farmed bumblebees into the closed system of tomato greenhouses has caused the demise of our native ones. It is enough of a warning to know that this has potential to be a very dangerous idea indeed.
by Davids Levalds
on July 21, 2020 at 12:27 PM
What is the status of this project today? We are interested in this solution here in EU.
by Charles pedrett
on January 13, 2022 at 1:58 PM
Mealworms and superworms are vicious little critters. They eat anything and everything. What do you think cleans off the meat on dead carcasses in the wild? These little beasts. And if they eat Styrofoam, they can be used in a great way to get rid of it, instead of it going into a landfill. Recyclers can take it, separate it and when it's fed to a bunch of superworms, they can demolish it pretty quickly--and turn it back into dirt. I don't care where you live, these guys live everywhere. I know you guys probably don't use superworms because their 10 times the hassle, because of the different breeding processes, but using superworms would work faster.
by Jennifer
on January 14, 2022 at 7:40 PM
"He figures that that since Styrofoam by itself is a poor nutrient source for the beetle larva"--if this is true, then why did the research, which fed the beetles to chickens, show that the beetles and the chickens showed no detrimental effects?
I plan to incorporate these insects into my small farm, to recycle styrofoam, and cut my chicken feed costs in half by the end of the year.
Leave a Reply: