Medical entomologist Olivia Winokur assesses the status of adults from the Aedes agypti colony from Puerto Rico. (Photo by Kathy Keatley Garvey)
Have you ever wondered what it's like to be a UC Davis doctoral student researching mosquitoes?

Meet Olivia Winokur, an enthusiastic, dedicated and multi-talented medical entomologist whose childhood curiosity about a yellow fever vaccination sparked her interest in 'skeeters.

Her research at UC Davis mainly involves Aedes aegypti, also known as the yellow fever mosquito. “At present, most of the research done on mosquito-borne virus transmission is done under a very narrow range of conditions that reflect a particular mosquito species' 'optimal' rearing and adult environment,” Winokur said. “I'm interested in how conditions outside of this optimal range at both the larval and adult stages affect mosquito-borne virus transmission. I work mostly with Aedes aegypti, which transmits diseases including dengue, Zika, yellow fever, and chikungunya viruses. Currently my research is focused on Zika virus. I hope to determine how the range of conditions mosquitoes encounter outside of the lab alter their life history traits, such as survival and blood feeding behavior, as well as viral transmission so that we can better understand geographical and seasonal mosquito-borne virus risk and eventually mitigate the risk.” Inside the insectary. (Photo by Kathy Keatley Garvey)
A typical day in the lab: “My days are usually a bit all over the place--I typically spend some time in the BSL-3 (Biosafety Level 3) either collecting samples from infected mosquitoes or processing previously collected samples, some time back in the lab analyzing data and writing, and I'm still taking classes so a few days a week I spend the afternoon on the main campus.”

What fascinates her about mosquitoes? “People are usually wowed when I tell them there are over 3500 species of mosquitoes!” she said. “But don't worry.. not all of them transmit human pathogens. I love telling people about the natural history of different genera and species and how this affects the likelihood of pathogen transmission to humans. I'm continually fascinated by how resilient mosquitoes are, how successful they've been throughout history, and how they've completely altered human history. I actually gave a lecture on how vector-borne diseases have altered human history last quarter (Winter 2018) to an undergraduate class led by UC Davis entomology graduate students (Ent10: Natural History of Insects).” Aedes aegypti, the yellow fever mosquito. (Photo by James Gathany, U.S. Department of Health and Human Services)
While at Cornell, she interned at the National Institutes of Health (NIH) in 2014, when advised by John Balbus of National Institute of Environmental Health Sciences (NIEHS), and Joshua Rosenthal, Fogarty International Center, where she coordinated and wrote an interagency proposal for climate change mitigation in middle and low-income countries under the United Nations. "I also helped develop a global clean cook stove implementation framework to advise NIH initiatives,” she said. 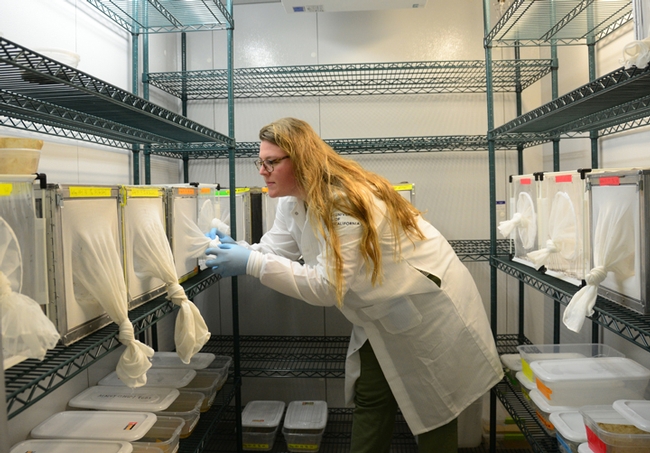 UC Davis doctoral student and mosquito researcher Olivia Winokur checks on mosquitoes in the walk-in chamber in the insectary. The chamber is set to 26 Celsius and 80 percent humidity to mimic tropical conditions. (Photo by Kathy Keatley Garvey) 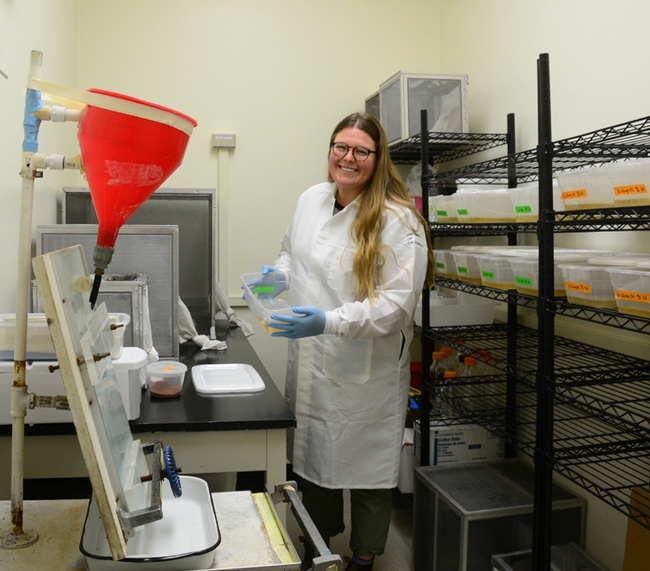 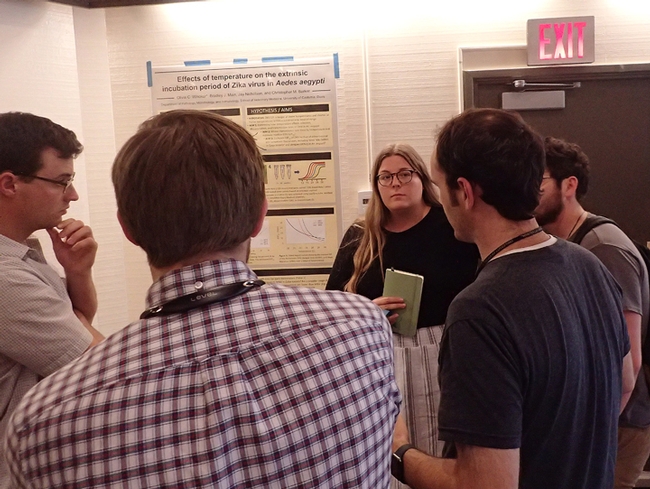