Bug Squad
sitenum=63
Happenings in the insect world
The Predator and the Prey: Just Wing It!

Judge: "Will the defendant please rise?"

Defendant: "Yes, sir! I do, sir.  I was hungry. But I ate only the abdomen, thorax and head. I left the pretty parts, the wings, behind, for everyone to enjoy."

Mystery solved. Everybody eats in the pollinator garden!

It's a male Stagmomomantis limbata and not a male Mantis religiosa? "Note the bicolored pronotum (first thoracic segment) that is an easy distinguishing tool!" Garikipata said. "Mantis religiosa also have a band around the head!"

S. limbata, commonly called a "bordered mantis," is native to North America. It is green or beige and can reach three inches in length.

"Males are slender, long-winged, and variable in color, but most often green and brown with the sides of the folded tegmina green and top brownish (may be solid gray, brown, green, or any combination of these)," according to Wikipedia. "Abdomen without prominent dark spots on top. The wings are transparent, usually with cloudy brownish spots on outer half."

Garikipata described it as a "super cool find, adult males are superb fliers!"

This one didn't fly. At least then.

Neither did his prey, the hapless Gulf Fritillary.

(Editor's Note: The Bohart Museum of Entomology, directed by Lynn Kimsey, professor of entomology at UC Davis, will host an open house, "Crafty Insects," from 1 to 4 p.m., Saturday, Sept. 22 in Room 1124 of the Academic Surge Building on Crocker Lane, UC Davis campus. The public event--free and family friendly--will focus on "crafty" or "sneaky" insects.  Visitors are invited to bring insect crafts that they have made. They will be displayed next to "crafty" or "sneaky" insects.) 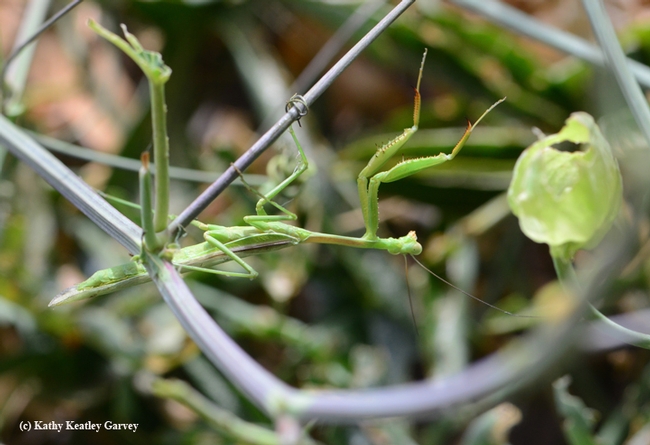 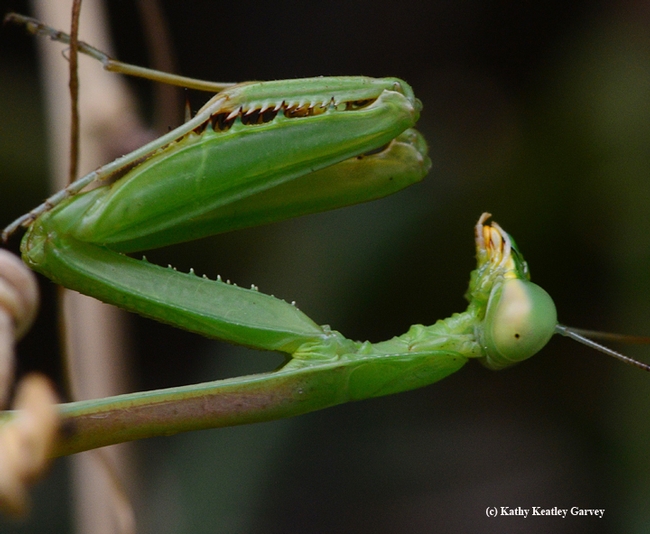 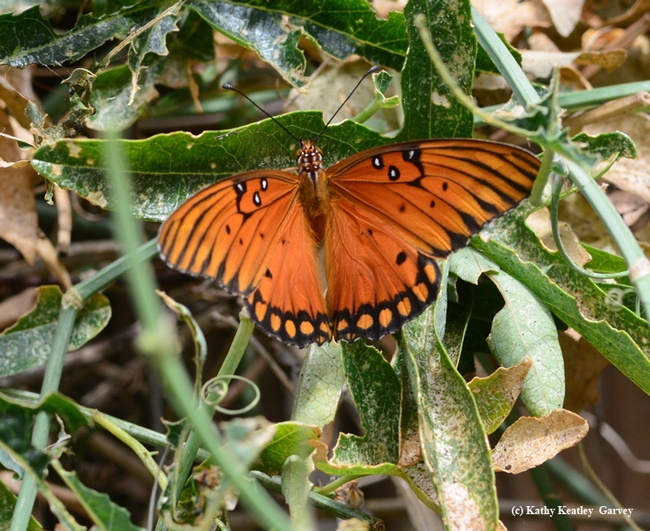 An intact Gulf Fritillary in the passionflower vine. (Photo by Kathy Keatley Garvey) 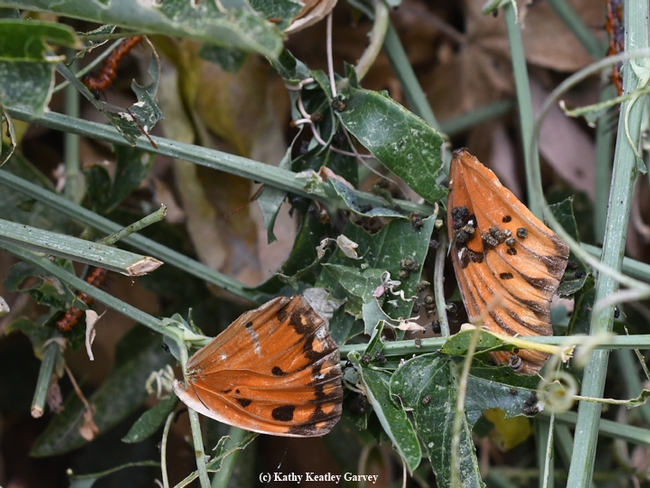