Talk about the unexpected.

He pauses by the kitchen counter.

"Over there!” he says, pointing. I don't see anything except the half-filled coffee pot.

Praying mantis expert Lohit Garikipati, entomology student at the University of California, Davis and an associate at the Bohart Museum of Entomology, identified our kitchen guest as a Stagmomantis limbata, a bordered mantis native to North America. “Looks like she wanted to come in for some free food!” Lohit quipped.

That's how we acquired Henrietta (which means home ruler) . Apparently she hitched a ride on the back of Jim's jacket as he was removing a patch of Mexican sunflowers. She opted to depart her "ride" in our kitchen.

By the half-filled coffee pot. Praying mantids don't do coffee.

We placed Henrietta in an aquarium, screened at the top, and kept her for a week, feeding her drone flies and crickets. We provided her with an upright stick just in case she wanted to deposit an egg case, an ootheca.

Several days later an ootheca, about an inch long, appeared in the aquarium. Not on the stick—she chose to deposit it on  the floor.

What does an ootheca look like under a powerful microscope? Amazing. Lynn Epstein, UC Davis emeritus professor of plant pathology, photographed it with a Leica DVM6 microscope owned by the Department of Pathology and the College of Agricultural and Environmental Sciences (see below). 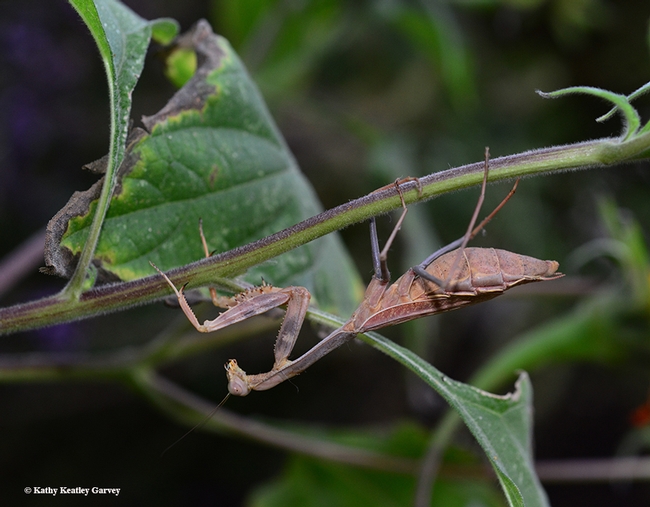 Henrietta, a Stagmomantis limbata, hanging out in a patch of Mexican sunflowers. (Photo by Kathy Keatley Garvey) 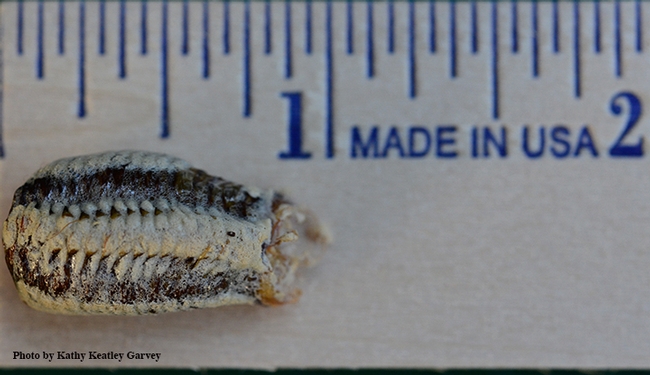 This is the ootheca that Henrietta (which means "home ruler") deposited before we released her. The species? Stagmomantis limbata. (Photo by Kathy Keatley Garvey) 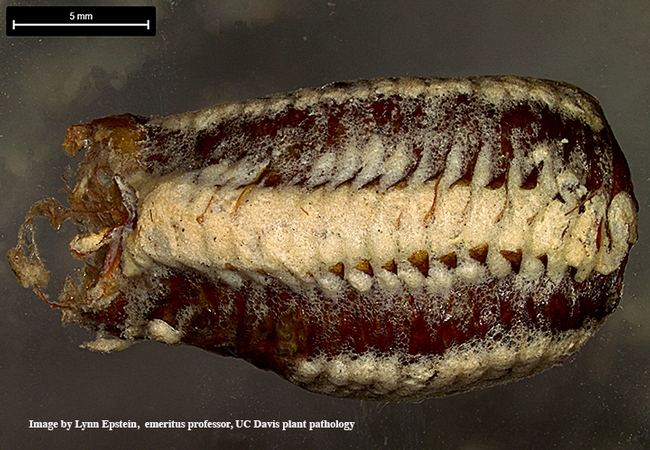