Bug Squad
sitenum=63
Happenings in the insect world
The Big 43: The California Native Plants, Plus One, Studied in UC Davis Research Pollinators like Calandrinia menziesii (red maids). (Photo by Kathy Keatley Garvey)
When pollination ecologists from the Neal Williams lab at the University of California Davis--Ola Lundin, Kimiora Ward and Professor Williams--recently published their research in the Journal of Applied Ecology on "Identifying Native Plants for Coordinated Habitat Management of Arthropod Pollinators, Herbivores and Natural Enemies," they mentioned that their study involved 43 plant species.

These are the plants they established in a garden on the grounds of the Harry H. Laidlaw Jr. Honey Bee Research Facility at UC Davis.

How did they select the plants? "Selected species were forbs that were drought-tolerant, native to California (one exception), and as a group, covered a range of flowering periods throughout the season," they wrote. The one exception: Fagopyrum esculentum, or "domestic buckwheat." Although it's a non-native, it was introduced elsewhere but naturalized in the wild.

Their selections were also based on several other factors:

A further criterion that restricted selection was that "plant material needed for propagation be commercially available either as seeds or plug plants." The exception: Antirrhinum cornutum, commonly known as spurred snapdragon, for which seed was hand-collected.

They excluded plants that are major weeds of crops or pastures. They did note, however, that Amsinckia intermedia (Eastwood's fiddleneck) and Calandrinia menziesii (red maids) can be desirable components of wildlands, but become minor weeds in certain situations (UC IPM, 2018).

And now for the 43 plants, as listed in their chart. We alphabetized them and linked them to the Calflora.org site so you can see images of the plants and the common names.  Calflora is a self-described nonprofit organization "where you can learn about plants that grow wild in California (both native plants and weeds)."

When you're thinking of what native California plants to establish in your pollinator garden, this is a great list, thanks to the Williams lab and their collaborators. 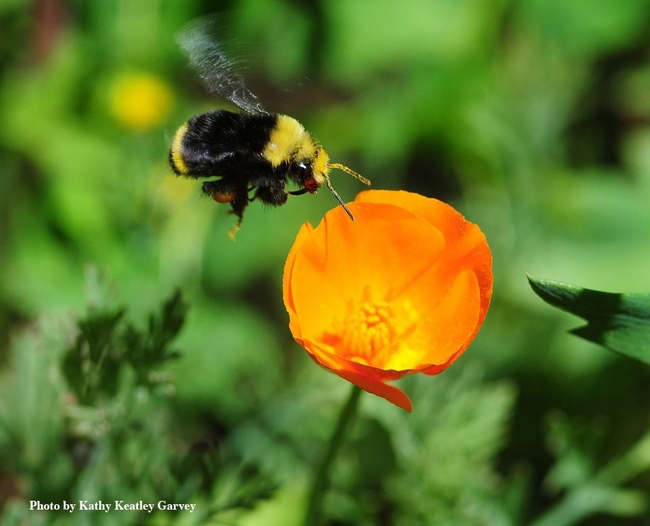 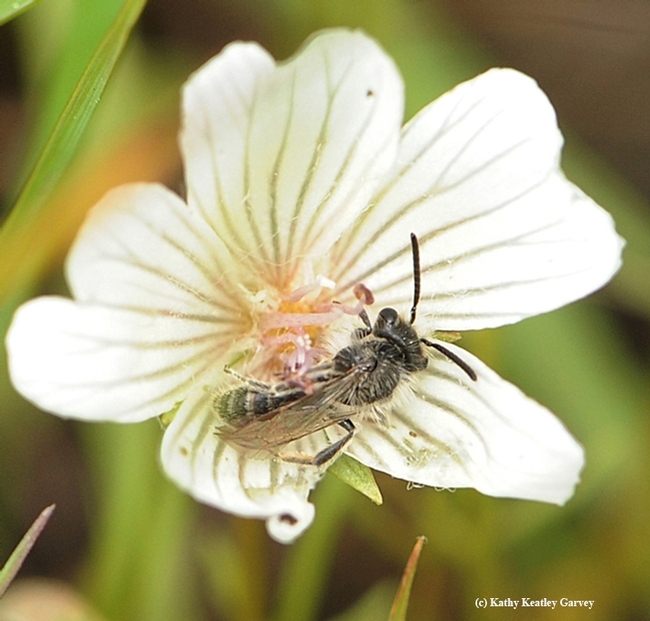 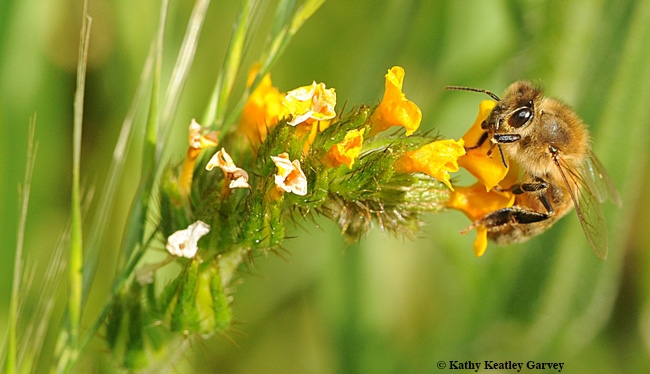 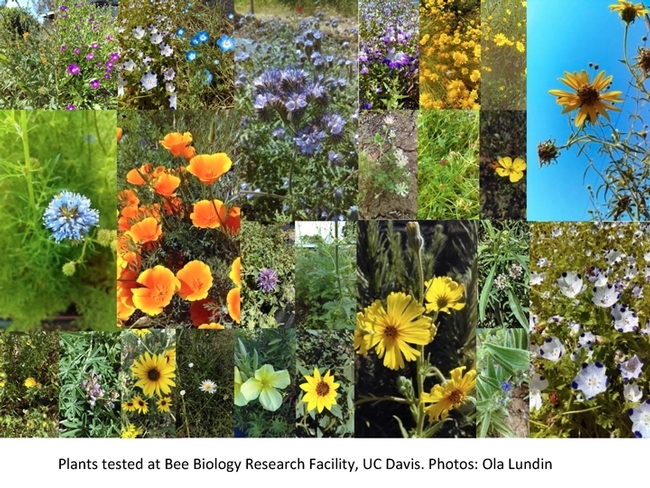