Page received a $1000 check, and a plaque is forthcoming. He will deliver a presentation on his research at the November UC Davis Brainfood Talk.

Greenwood announced the recipients of the 2019 Edward A. Dickson Emeriti Professorship Awards, memorializing the former UC Regent. They are Caroline Chantry and Anthony Philipps, both emeriti professors in the Department of Pediatrics, UC Davis School of Medicine. Chantry received the award for her ongoing project, “Strengthening Babies Through Mobile Health,” while Philipps is pursuing “Pediatric Heart Disease Training in Haiti.” 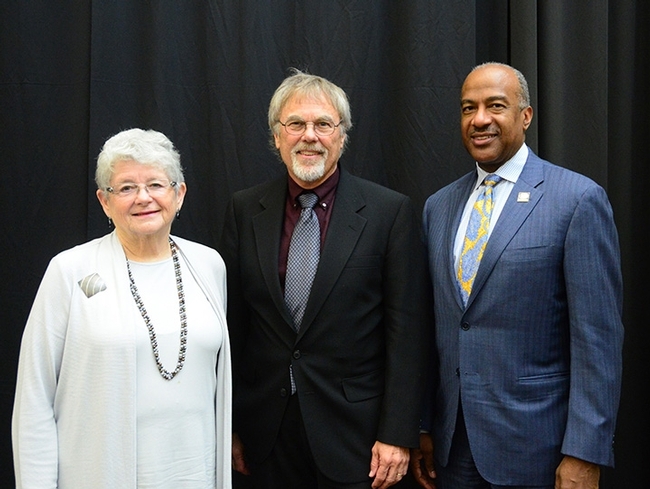 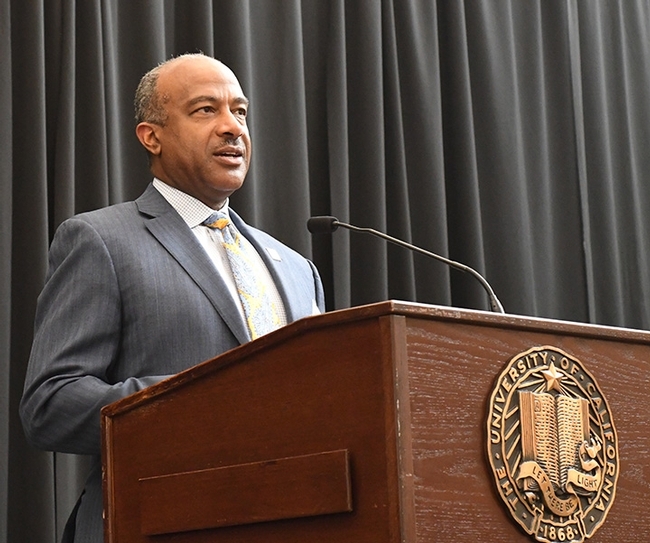 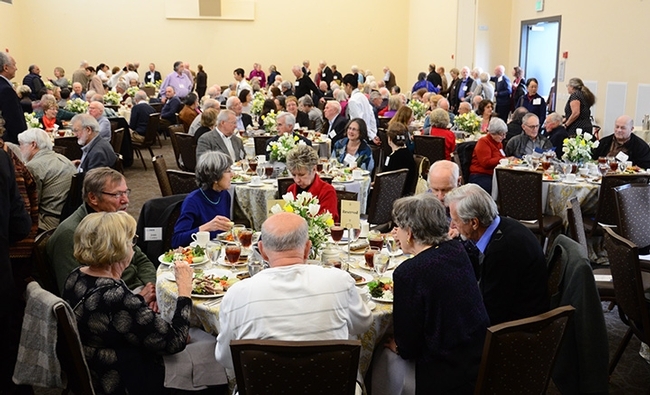 The crowd at the annual Academic Retiree and Emeriti Award Luncheon. (Photo by Kathy Keatley Garvey) 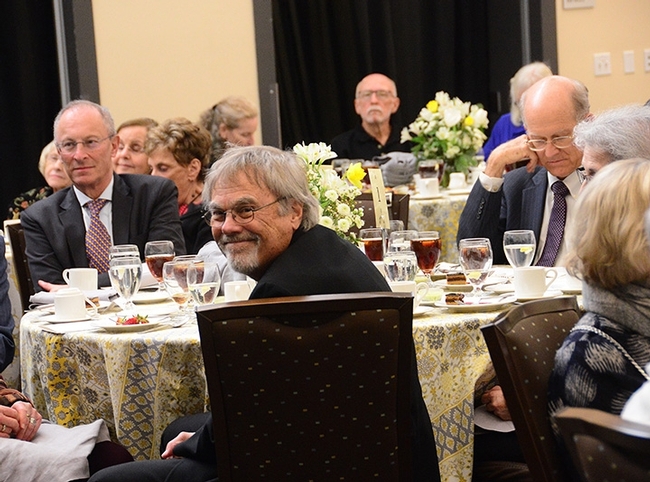