Entomologist-artist Charlotte Herbert Alberts, shown here with a stick insect "barrette," drew the colorful tardigrade on the hooded sweatshirts. She is a doctoral candidate in entomology. (Photo by Kathy Keatley Garvey)
Tardigrades, also known as the water bears, are microscopic animals but they're not microscopic any more!

Tardigrades can survive in many extreme conditions, including space, and they're sure to survive in the Bohart--unless they're all gone soon.

The artist? Charlotte Herbert Alberts, an entomology doctoral candidate who studies Asilidae (Assassin flies) with her major professor, Lynn Kimsey,   director of the Bohart and UC Davis professor of entomology.  Alberts cleverly drew a "Bohart Republic" water bear flag, a take-off of the California Bear Flag, except hers features an entomologist, insect net in hand, riding a huge tardigrade.

UC Davis Biodiversity Museum Day
The Bohart is gearing up for the eighth annual UC Davis Biodiversity Day,  a science-based event that's free and family friendly. Thirteen museums or collections will be open Saturday. It all begins at 9 a.m. and concludes at 4 p.m. Maps are available at http://biodiversitymuseumday.ucdavis.edu/. The Professors: Lynn Kimsey and Bob Kimsey, wearing the tardigrade sweatshirts. She's the director of the Bohart Museum of Entomology and professor of entomology at UC Davis, and he's a forensic entomologist and associate adjunct professor at UC Davis. He's also the major advisor for the animal biology major. (Photo by Kathy Keatley Garvey)
These seven collections will be open from 9 a.m. to 1 p.m.:

All participating museums and collections have active education and outreach programs, but the collections are not always accessible to the public. 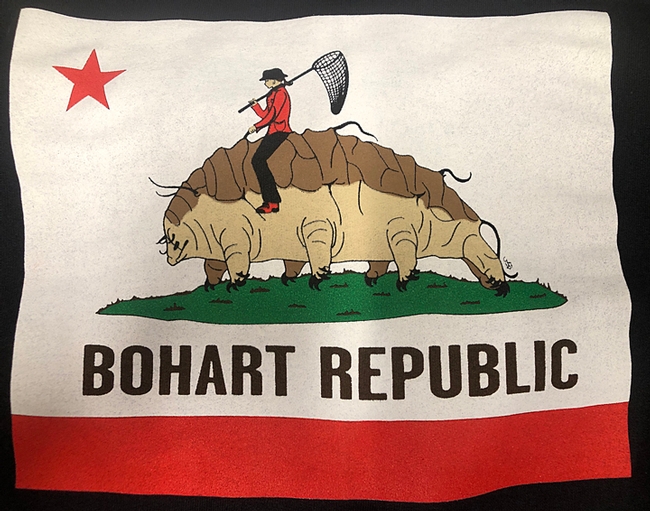 Charlotte Herbert Alberts, an entomology doctoral student. The Bohart has its own bear "water bear" flag! (Photo by Fran Keller) 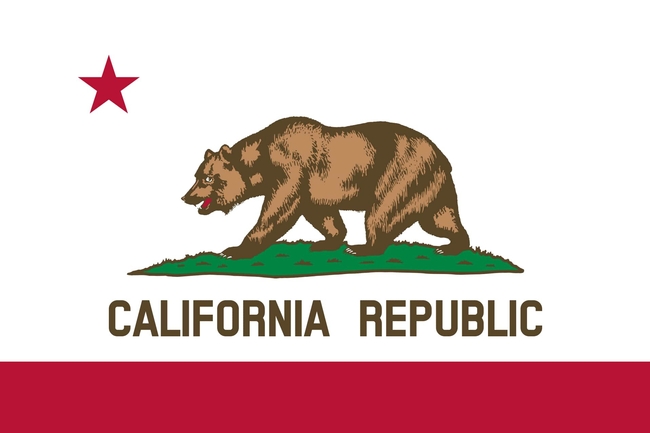 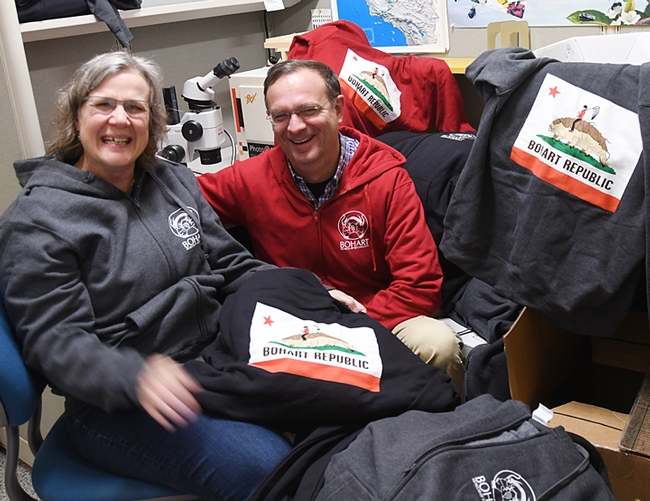