A female Myrmekiaphila tigris: the Auburn Tiger Trapdoor Spider. (Photo by Jason Bond)
You've heard of the Seven Wonders of the World.

But have you heard of the "Eight-Legged Wonders?"

You won't want to miss the "Eight-Legged Wonders" open house from 1 to 4 p.m., Saturday, March 9 at the Bohart Museum of Entomology, University of California, Davis.

If you miss it, you'll miss your opportunity to learn about spiders from an international expert, and miss the opportunity to "Assemble an Arachnid," "Create a Chelicerate" and "Eat Like a Spider."

Eat like a spider? Tabatha Yang, Bohart Museum's education and outreach coordinator, related you'll get to “slurp up soggy cookies.” A black widow spider guarding her egg sacs. (Photo by Kathy Keatley Garvey)
Then, scores of activity stations will be open in the Bohart Museum where visitors can “Assemble an Arachnid,” “Create a Chelicerate,” “Cribellate vs. Ecribellate Silk,”  “Catch a Moth,” “Eat Like a Spider,” and learn about "Spider Senses" and “Trapdoor Specifics.”

You'll see live specimens and specimens in alcohol. You'll learn the differences between woolly silk and sticky silk. You'll also see the Bohart arachnids--tarantulas--and hold some of the non-arachnids, including walking sticks and Madagascar hissing cockroaches. 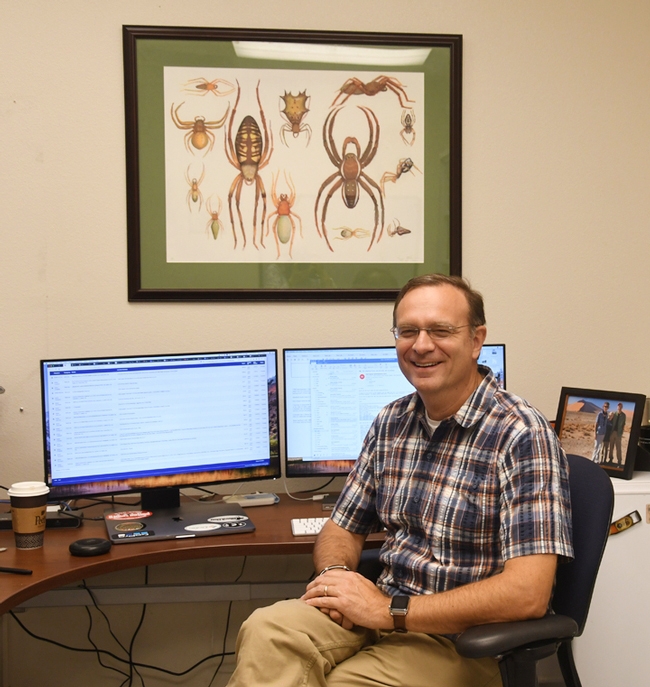 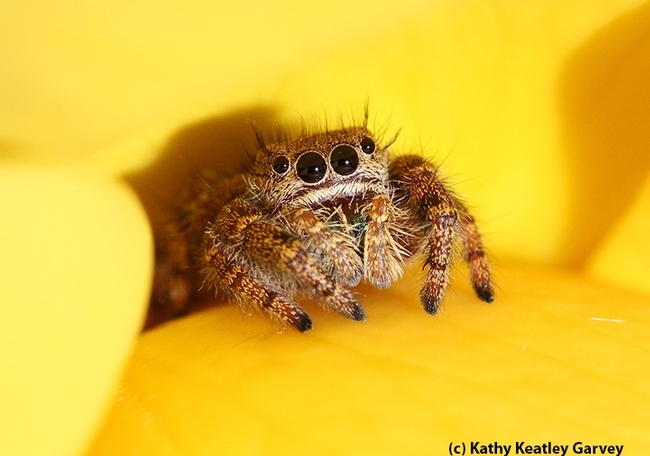