Molecular geneticist/physiologist Joanna Chiu, vice chair of the department, associate professor and Chancellor's Fellow, won the Physiology, Biochemistry, and Toxicology Award. The annual award is presented to an individual who has an outstanding record of accomplishment in at least one of the entomological sub-disciplines of physiology, biochemistry, and toxicology.

Pollination ecologist Neal Williams, professor, won the Plant-Insect Ecosystems Award. The annual award is given to an individual with outstanding accomplishments in the study of insect interrelationships with plants. Neal Williams won the Plant-Insect Ecosystems Award. (Photo by Kathy Keatley Garvey)
UC Davis graduate Jessica Gillung, who received her doctorate last December and joined the Bryan Danforth Lab, Cornell University in January, won the Early Career Award. This award honors a student transition or early professional member working within the field of entomology who has demonstrated excellence in all the major aspects of intellectual life, including research, extension, teaching and outreach.

They will be honored at PBESA's 103rd annual meeting, to take place March 31 - April 3 in San Diego, California.

The University of California accounted for eight of the 12 PBESA awards, with UC Davis winning four, UC Riverside, three, and the UC Agriculture and Natural Resources (UC ANR), one.

Joanna Chiu, Physiology, Biochemistry, and Toxicology Award
"Dr. Chiu not only excels in unique and cutting-edge research, both basic and applied, but has distinguished herself in mentoring, teaching and service contributions,” said Steve Nadler, professor and chair of the UC Davis Department of Entomology and Nematology, who nominated her for the award. She studies how genes and proteins regulate animal physiology and behavior in response to changes in environment and resources. Her research involves molecular genetics of animal behavior, circadian rhythm biology, and posttranslational regulation of proteins. Major grants from the National Institutes of Health and the National Science Foundation fund her research.

Chiu investigates the regulation of animal circadian rhythms in her laboratory by using a combination of molecular genetics, biochemical, genomic, proteomic, and metabolomic approaches. Her overall research goal: to dissect the molecular and cellular mechanisms that control the circadian clock in animals, and to investigate how this endogenous timer interacts with the environment and cellular metabolism to drive rhythms of physiology and behavior.

Neal Williams, Plant-Insect Ecosystems Award
"Dr. Williams is widely known and respected for his excellence in research, extension, outreach, teaching, leadership and mentoring," said Nadler.  “He is a leading voice in the development of collaborative research on insect ecology. He has organized national and international conferences, leads scores of working groups, and guides reviews of impacts of land use and other global change drivers on insects and the services they provide.”

In July, Williams will co-chair the Fourth International Conference on Pollinator Biology, Health and Policy at UC Davis. The four-day conference, themed “Multidimensional Solutions to Current and Future Threats to Pollinator Health,” will highlight recent research advances in the biology and health of pollinators, and link to policy implications.

Jessica Gillung, Early Career Award
Jessica Gillung studied for her doctorate with major professor Lynn Kimsey, director of the Bohart Museum of Entomology and professor of entomology. “Dr. Gillung has made outstanding contributions to entomology, shown commitment to extension or outreach, and excelled in entomological education,” Kimsey wrote in her letter of nomination. “In one word: she is ‘phenomenal.' Gillung most recently won the “Best Student Presentation Award” at the ninth annual International Congress of Dipterology, held in Windhoek, Namibia, and the 2018 PBESA Student Leadership Award. Her dissertation was titled: “Systematics and Phylogenomics of Spider Flies (Diptera, Acroceridae).”

Kimsey praised her phenomenal leadership activities, her nearly straight-A academic record (3.91 grade point average), her excellence as an entomologist and teacher, and her incredible publication record. “Note that she has 11 refereed publications on her thesis organisms in very strong journals,” Kimsey wrote. “Most entomologists do not publish nearly that much, even as a postdoctoral scholar or a junior faculty member!”

As a postdoctoral researcher at Cornell University in the Bryan Danforth lab, Gillung is researching Apoidea (stinging wasps and bees) phylogenomics, evolution and diversification.

PBESA is one of six branches of the Entomological Society of America (ESA). Founded in 1889, ESA is the world's largest organization serving the professional and scientific needs of entomologists and individuals in related disciplines. It is comprised of more than 7000 members, who are affiliated with educational institutions, health agencies, private industry, and government. Members are researchers, teachers, extension service personnel, administrators, marketing representatives, research technicians, consultants, students, pest management professionals, and hobbyists. 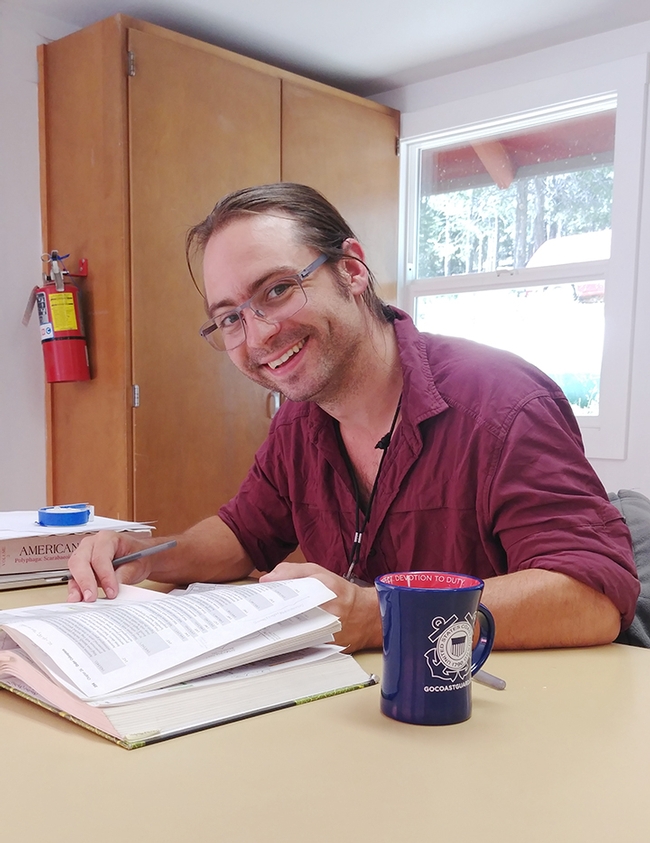