I spent a fair bit of time this weekend reading the draft report to our Federal partners (USDA). It is a big undertaking to craft the 78 pages of activities and impacts, beginning with each of you entering data into Project Board. Strategic Initiative leaders or other leaders within the division comb through the data to pull out key impact stories. Each of those individuals or 2-person teams submits their information to the Program Planning and Evaluation team, and from there it is formatted and compiled before editing to read from a single voice. This year we were able to organize the report around condition changes that will resonate with our partners. Below are a few examples :

These are just a few of the many, many examples provided that are sure to impress our Federal partners as they have me.

If you happen to be following the ERS/USDA move updates, you will know that California is no longer under consideration despite, in my opinion, meeting the criteria as well as many options in the 27 states that remain under consideration. That's only eight states fewer than the original list; perhaps a strategic move on the part of the Secretary. Pretty much the whole state of Virginia remains under consideration, which makes far more sense to me than Tallahassee (the only area of Florida still under review). And, does anyone even know where Hanover Township, PA is, much less why a private citizen would submit a bid that remains under consideration? Perhaps the answers will be revealed soon.

Over the weekend I received the photo from Mark Bell. Care to take a guess where he is? That answer to follow.

If you happen to be keeping track, I have 61 dossiers remaining. 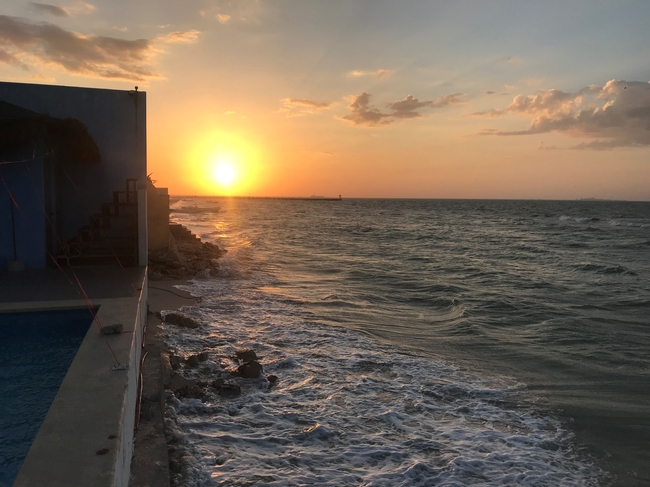