Carey shared and narrated video and pictorial content that he and his wife, Patty, recorded during vacations or on weekend trips during his annual teaching stints on the African continent over the last seven years.

The Careys captured images of  tigers, elephants, gorillas, zebras, and a white rhino, as landscapes, people and insects.

The professor's public presentation drew the audience's undivided attention. No one—no one—picked up a cell phone, much less checked it.

He divided his fast-paved program into three parts:

The Careys met Mursi women of Ethiopia who adorn their bodies with lip plates, a status symbol. The lip plates, usually made from clay or wood, are disks they insert in a pierced hole in either the upper or lower lip, or both.

"...about 6 to 12 months before marriage, a young (Mursi) woman has her lip pierced by her mother or one of her kinswomen, usually at around the age of 15 to 18. The initial piercing is done as an incision of the lower lip of 1 to 2 cm length, and a simple wooden peg is inserted. After the wound has healed, which usually takes between two and three weeks, the peg is replaced with a slightly bigger one. At a diameter of about 4 cm, the first lip plate made of clay is inserted. Every woman crafts her own plate and takes pride in including some ornamentation. The final diameter ranges from about 8 cm to over 20 cm.--Wikipedia.

You can view Carey's entire presentation at https://youtu.be/yxMj3c-kcxE.

Known for his innovative and exemplary teaching, Carey received the 2015 Distinguished Teaching Award from the Entomological Society of America for his technological innovations, creativity and excellence in the UC system and beyond. He has taught video instruction methods for the 9-university Consortium for Advanced Research Training in Africa, including Nairobi and Uganda for seven years.

Carey researches insect demography, mortality dynamics, health span and aging. He and population biologist Deborah Roach of the University of Virginia are authors of a soon-to-be-published book Biodemography: An Introduction to Concepts and Methods (Princeton).

A member of the UC Davis since 1980, Carey directed the federally funded program, “Evolutionary Ecology of Lifespan,” from 2003 to 2012, with projects ranging from the evolutionary of aging and the biodemography of nematodes and fruit flies to the longevity of red deer and soay sheep in Scotland and the health span in the Tsimani people of Bolivia.

Will he be presenting the African odyssey program again? Yes, he's willing to share. “The main purpose of my talk is to enlighten everyone about the remarkable—and moderately priced—travel opportunities in eastern and southern Africa,” Carey said. Contact him at jrcarey@ucdavis.edu.

James R. Carey, UC Davis distinguished professor of entomology and his wife, Patty, with a Mursi woman (Ethiopia) showing her lip plate. Also known as a lip disc, it is a status symbol among the Mursi women. 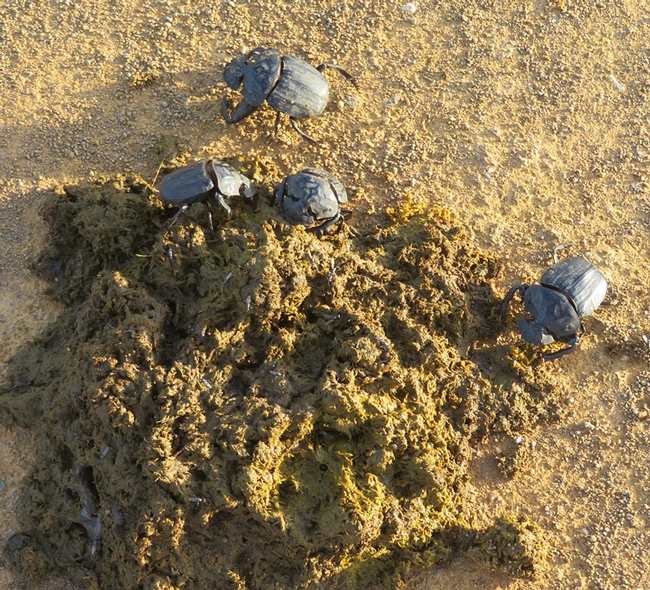 Dung beetles were among the insects that entomologist James R. Carey photographed in Africa. 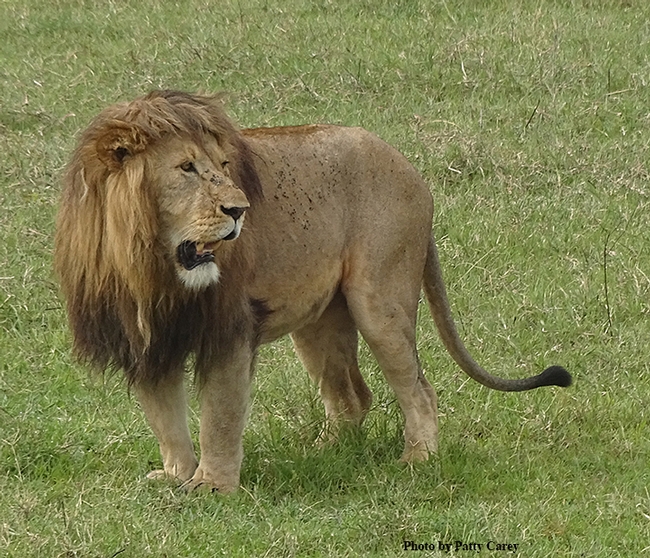