June 1, 2019 – Plaza Park in downtown Oxnard was the site for this exciting event. It was a resounding success with an estimated 6000 attendees. Musical entertainment was provided by "the Beetles," while food trucks and booths provided festival fare including fried insects for the daredevils among the crowd. The University of California Cooperative Extension (UCCE) Office and UC Master Gardeners had neighboring booths that garnered a lot of interest. At the UCCE booth, children could study pinned insects in Anna Howell's collection, gaze through magnifying glasses at critters in compost, and learn how invasive shothole borers are destroying trees in Los Angeles and Ventura Counties. The Master Gardeners provided information about the Asian Citrus Psyllid (an aphid-like insect) that spreads the deadly Greening Disease to citrus trees and showed kids how to remove insects and spiders without killing them. Other booths featured giant beetles and tarantulas, had kids hold wriggling fly larvae, and told the public about ways in which insect pests are managed by biological and quarantine measures. This event showed that insects continue to be fascinating and fun for all ages! 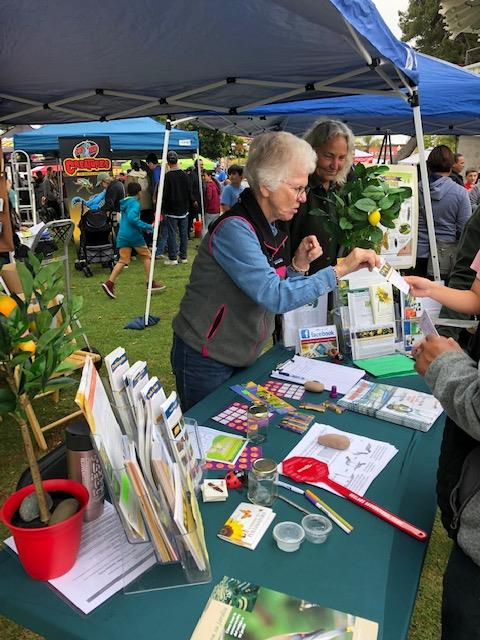 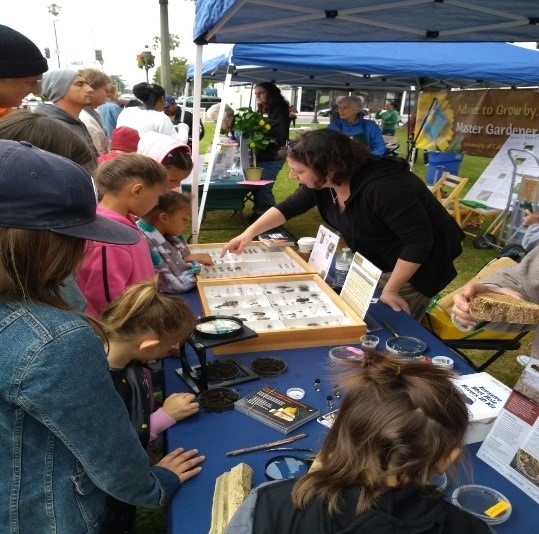