Bug Squad
sitenum=63
Happenings in the insect world
Like a Moth to a Flame: Moth Night at Bohart Museum of Entomology Mulberry silk moth display at the Bohart Museum of Entomology. (Photo by Kathy Keatley Garvey)
Like a moth to a flame...

That's what it will be like when folks flock to the Bohart Museum of Entomology on Saturday night, Aug. 3 for its annual Moth Night. It's free and family friendly--and it's all in keeping with National Moth Week: Exploring Nighttime Nature, July 20-28.

The Bohart Museum's highly anticipated Moth Night will take place from 8 to 11 p.m. Visitors will first gather inside the insect museum, located in Room 1124 of the Academic Surge Building, 455 Crocker Lane, to see moth specimens and talk to the scientists; participate in a family craft activity; and view the silkworm moth display in the hallway.

Cluff is also creating the hallway display of silkworm moths, showcasing tasar, tussah, eri and mulberry silk. For example, mulberry silk production (Bombyx mori) originated in China at least 5000 years ago, Cluff points out. "These domesticated moths have been selectively bred for so long that they are now dependent on humans for reproduction and survival.  Illustrating the mulberry silk display is a tablecloth created in the early 1900s in China. Made entirely from silk, the tablecloth was spun, woven and embroidered by hand." This is a pterophorid plume moth, family Peterophoridae. (Photo by Kathy Keatley Garvey)
Blacklighting will take place later that night, around 9 or 9:30, just outside the museum. Visitors will see a variety of insects on a hanging white sheet that's illuminated by ultraviolet (UV) light and powered by a generator.

Several scientists will be on hand to discuss moths and answer questions. They include senior museum scientist Steve Heydon of the Bohart Museum; Jeff Smith, curator of the the moth and butterfly specimens; and Bohart associates "Moth Man" John DeBenedictis and Greg Kareofelas.

The Bohart Museum's regular hours have changed for the summer season. As of July 3, the insect museum is hosting 30-minute tours starting at 2:30 and 3:30 pm. No reservations are required and all ages are welcome. Admission is free, but donations are always welcomed. The Bohart is open to walk-in visitors Monday through Thursday from 1 to 5 p.m. It is closed from 9 a.m. to noon to walk-in visits (the insect museum conducts many tours and outreach programs during those times). 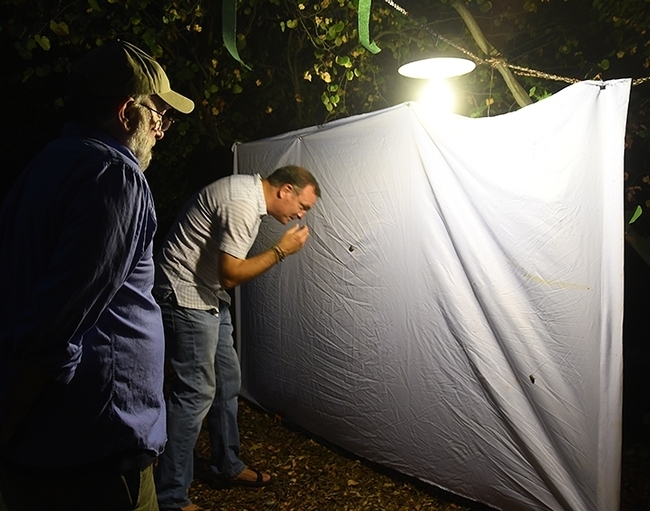 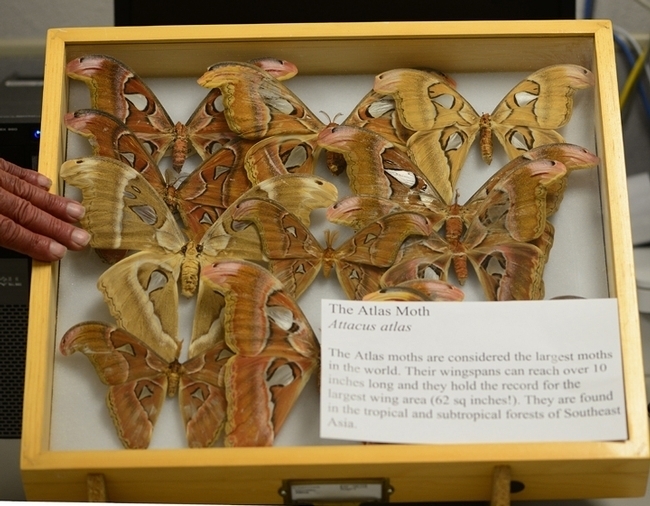 These Atlas moths (Attacus atlas), found in the rain forests of Asia, will be displayed at the Bohart Museum's Moth Night. The moth's wingspan can measure 10 to 11 inches. (Photo by Kathy Keatley Garvey) 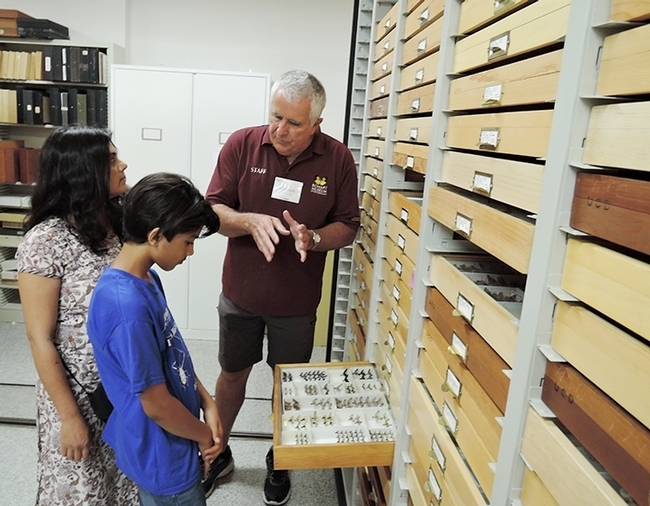 Entomologist Jeff Smith, who curates the Lepitopdera collection at the Bohart, shows visitors part some of the moths. (Photo by Kathy Keatley Garvey) 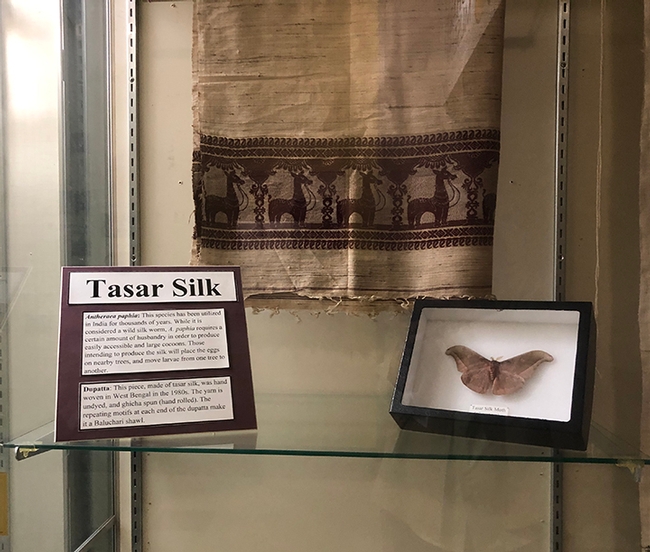