The coloring of the Harlequin bug is Halloween-perfect. It's a pest of pumpkins and other members of the cucurbits family. (Photo by Kathy Keatley Garvey)
It won't be a Fright Night or a Delight Night. After all, it's in the afternoon.

But the Bohart Museum of Entomology open house on "Parasitoid Palooza" on Saturday, Oct. 19 from 1 to 4 p.m. promises to provide a touch of Halloween, what with all the Halloween decorations and the pests that eat pumpkins and the parasitoids that eat their hosts.

"We will celebrate all things parasitoid with (senior museum scientist) Steve Heydon and with some parasite input from (graduate student) Socrates Letana," said Tabatha Yang, education and outreach coordinator.  Heydon, who researches Pteromalids or jewel wasps, will display his work and answer questions.

"An insect parasitoid is a species whose immatures live off of an insect host, often eating it from the inside out," Yang said. "It is part of their life cycle and the host generally dies." 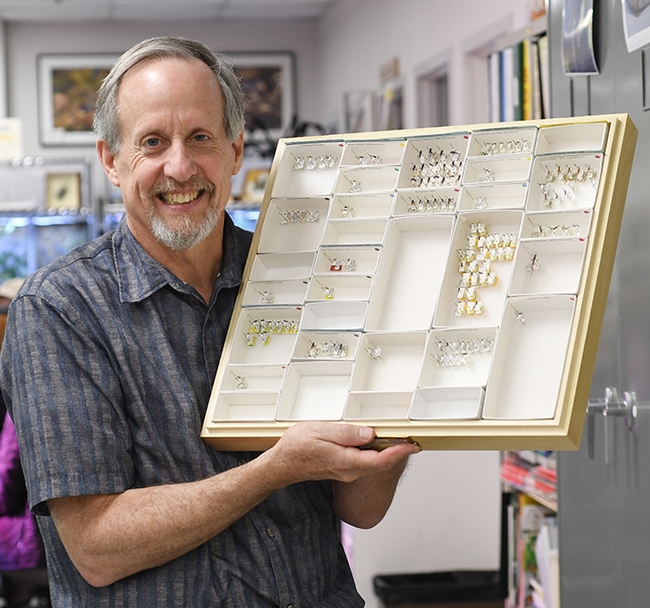 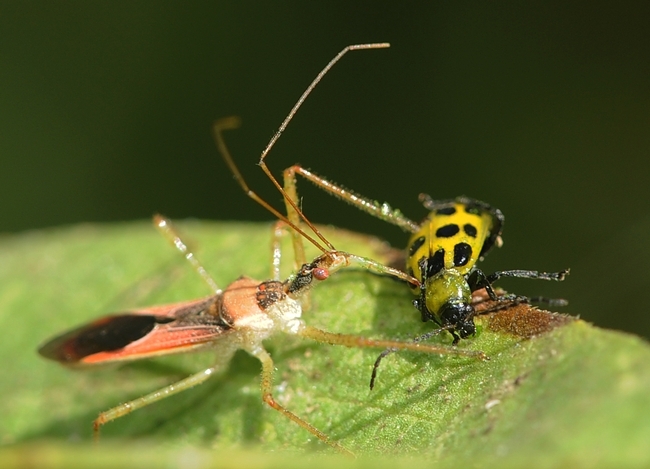