Emily Bick
Emily Bick does UC Davis proud, not to mention the field of entomology.

Bick, who received her doctorate in entomology at UC Davis in June and then headed to Denmark in August for a postdoctoral position at the University of Copenhagen, just received word that she's the recipient of a $244,000 postdoc grant from the Innovations Fund in Denmark.

"I'm excited to be working at the University of Copenhagen and partnering with digital agriculture company FaunaPhotonics integrating modeling and LIDAR detection of insects for the next two years!" she said.

Her accomplishments and accolades are many. She served as an emergency medical technician from 2008 to 2017 and gained her pesticide applicator's license in 2013. She was singled out to receive the Student Certification Award at the Entomological Society of America (ESA) meeting in 2018. In 2014, she was named a Board-Certified Entomologist, a honor bestowed on her at the ESA meeting. 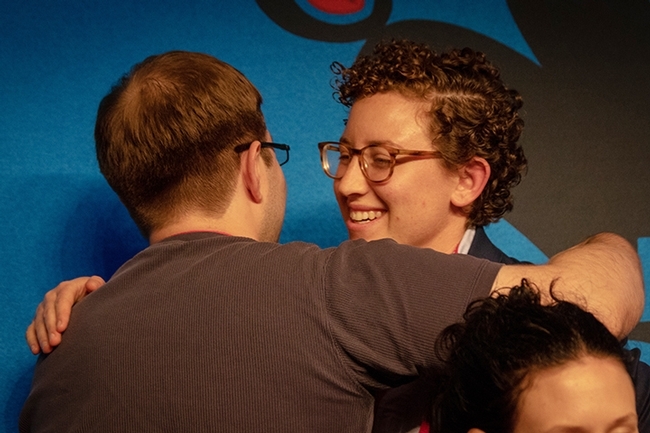