It's not a $64,000 question, because there's no reward--just bragging rights.

Robbin Thorp (1933-2019), a global authority on bees and a distinguished emeritus professor of entomology at the University of California, Davis, launched the first-bumble-bee-of-the-year contest with a small group of bumble bee enthusiasts/photographers.

Professor Thorp, Allan Jones, Gary Zamzow, all of Yolo County, and yours truly, of Solano County, are founding members.  Later UC Davis doctoral student Kim Chacon with the Geography Graduate Group (and on track to receive her doctorate in June 2020),  joined the group.  Chacon, who studies "habitat connectivity issues for bees at a landscape scale" (see her website on Resilient Bee Landscapes), worked closely with Thorp until his death in June 2019. She is a 2018 alumnus of The Bee Course, co-taught by Thorp.

With the dawn of the new year and weather permitting, Jones, Zamzow and Chacon make individual bee-lines for the manzanita plants in the UC Davis Arboretum and Public Garden.  Me? I head over to Benicia where bumble bees forage on rosemary or jade. Robbin Thorp (1933-2019) with the two books he co-authored in 2014. (Photo by Kathy Keatley Garvey)
Jones often wins the contest. On Jan. 27, 2017, he photographed not one, but three B. melanopygus, on manzanita blossoms in the UC Davis Arboretum.  The tally: two males and a female.

"Surprising to see males this early in the season," noted Thorp, who co-authored the books, Bumble Bees of North America: An Identification Guide and California Bees and Blooms: A Guide for Gardeners and Naturalists. "Unusual to see males before any workers are on site. Could be from a gyne that overwintered but was not mated before she went into hibernation; or maybe the sperm she received were not viable; or maybe she was unable to release sperm from her spermatheca to some eggs as they passed through her reproductive tract."

In 2018, yours truly scored by photographing a B. melanopygus on Jan. 1 in Benicia--on rosemary at the marina.

In 2019, Chacon triumphed on Jan. 10 with an image of B. melanopygus, on manzanita blossoms at the UC Davis Arboretum. She earlier spotted one on Jan. 9 in the Arboretum but had no camera with her.

Professor Thorp, a member of the UC Davis entomology faculty for 30 years, from 1964-1994, achieved emeritus status in 1994 but continued to engage in research, teaching and public service until a few weeks before his death. He co-taught The Bee Course from 2002 to 2019. Held annually at the Southwestern Research Station, Portal, Ariz., this is an intensive nine-day workshop affiliated with the American Museum of Natural History and draws scientists from all over the world. It's geared for conservation biologists, pollination ecologists, and other biologists who want to gain greater knowledge of the systematics and biology of bees.  This year's dates are Aug. 16-26; the deadline to apply is March 1.

Sadly, this year's Yolo-Solano bumble bee contest won't be the same without the legendary Robbin Thorp.

In his memory, we've renamed the contest, the Robbin Thorp Memorial Bumble Bee Contest. He would have liked that. 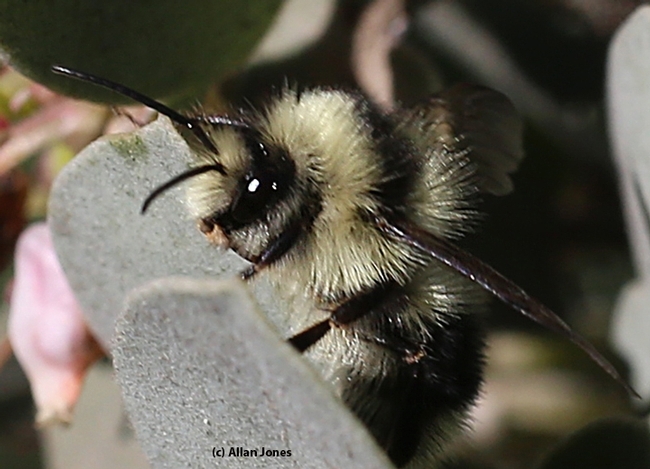 The 2017 winner: Allan Jones photographed this Bombus melanopygus on manzanita on Jan. 27 in the UC Davis Arboretum. 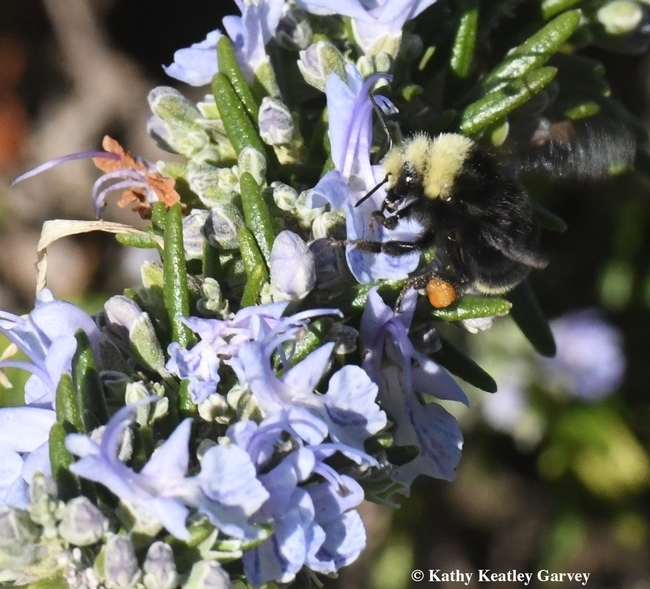 The 2018 winner: Kathy Keatley Garvey photographed this Bombus melanopygus on rosemary in Benicia on Jan. 1. 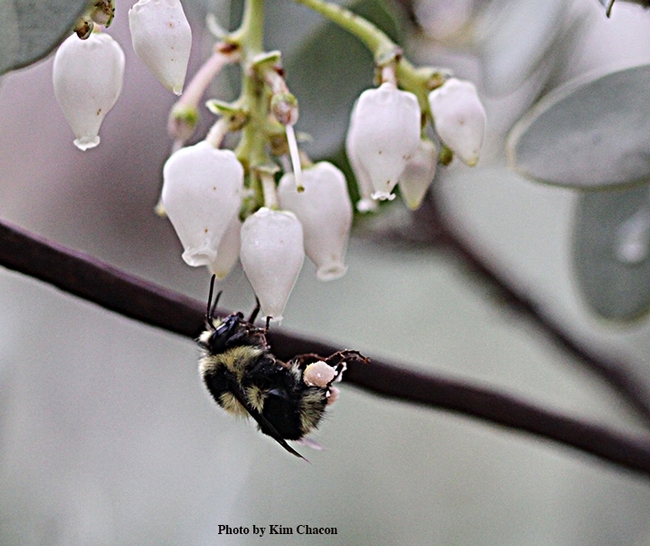