Chemical ecologist and forest entomologist of Steve Seybold of the USDA Forest Service, Pacific Southwest Research Station, Davis, Calif., and a faculty affiliate of the UC Davis Department of Entomology, is leading a research group to characterize the disease in California.

TCD is caused by the walnut twig beetle, Pityopthorus juglandis, in association with a newly described fungus, Geosmithia morbida.

“The beetle is believed to be native to Arizona, California, New Mexico and Mexico,” Hishinuma said, “but was never associated with walnut tree mortality until just recently.”

“My project focuses on understanding more about the biology of the beetle and fungus and documenting the frequency and progression of TCD in various walnut species throughout California,” Hishinuma said. “The McBeth scholarship is funding my travel to field sites across California.”

Hishinuma, who is seeking her master’s degree in entomology, works with major professor and integrated pest management (IPM) specialist Mary Lou Flint and is co-advised by Seybold.  Flint, with the statewide UC IPM Program, is the associate director for urban and community IPM, and a Department of Entomology extension specialist.

The fungus enters the tree when the beetle tunnels into the bark to prepare egg galleries. “The fungus is probably carried as conidia on the beetle’s elytra or wing covers,” said Seybold, who has been studying the chemical ecology and behavior of bark beetles for more than 25 years.

Scientists believe that TCD occurs only on walnut, predominantly native black walnut, Juglans californica and J. hindsii, although the disease has been recorded on 10 species of walnuts or their hybrids in California. Often the first symptoms of TCD are flagging and yellowing leaves and branch dieback, Seybold said. Affected branches show sap staining and pinhole-sized beetle holes. Beneath the surface are dark stains caused by the fungus.

A tree can survive the stress produced by a few cankers, but when high populations of the beetle enter the tree and the numerous small cankers coalesce, the disease girdles twigs and branches. Eventually TCD attacks the main stem of the weakened tree down to the soil line.

Last summer, a USDA/UC Davis research team began tracking the pathogen and the beetle throughout the state, particularly in commercial orchards.

To prevent spread, infected trees should be removed and destroyed immediately by grinding or burning to ensure that beetles are destroyed, Seybold said. Infested walnut for chips, firewood, or woodworking should not be moved to new areas. Possible detections can be reported to the local agricultural commissioner’s office or to the local UC Cooperative Extension office.

Hishinuma, from Burbank, completed her undergraduate work at UC Davis in animal biology, with an entomology emphasis. She began her graduate studies this fall after working for a year in southern California assisting with research on the goldspotted oak borer, a relatively new pest in southern California that kills oak trees. Beetle-infested firewood contributes to the problem, as it does with thousand cankers disease.

The McBeth Memorial Scholarship was established in 1986 by Barbara McBeth Woodruff  (1924-2007) in honor of her parents, Ira Guy McBeth and Rose McBeth, and her sister Frances McBeth Black. Ira Guy McBeth, an entomologist who received his doctorate from the University of California in 1915, made notable contributions to the citrus industry and served as an executive in agricultural, chemical and development companies.

Steve Seybold discussed thousand cankers disease in a seminar presented May 19, 2010 to the UC Davis Department of Entomology. The seminar was webcast and is archived on the entomology website. (USDA Forest Service Pest Alert on Thousand Cankers Disease of Walnut (targeting eastern U.S. region). (May 2010) 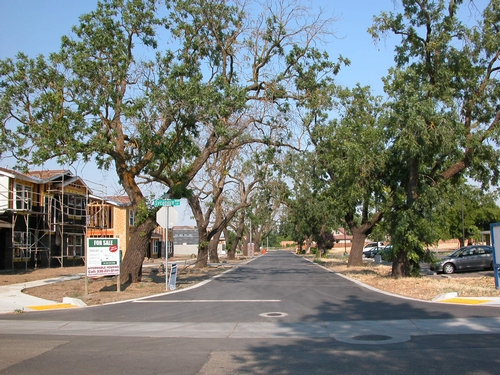 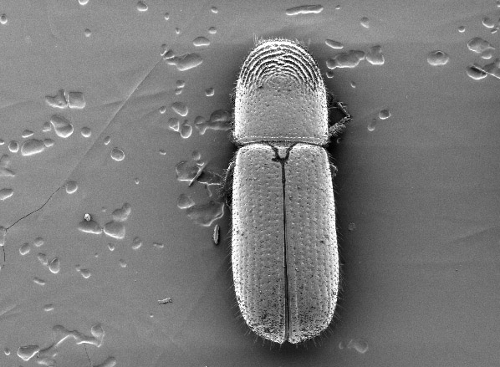