This is the work of the UC Davis Art/Science Fusion Program, led by entomologist-artist Diane Ullman,former chair of the UC Davis Department of Entomology and Nematology faculty, and artist/scientist Donna Billick, who holds degrees in genetics and fine arts. (Photo by Kathy Keatley Garvey)
The Häagen-Dazs Honey Bee Haven drew scores of families at the UC Davis Biodiversity Museum Day,  a science-based day always held the Saturday of Presidents' Day weekend.

The UC Davis Department of Entomology and Nematology operates and maintains the half-acre bee garden, located on Bee Biology Road next to the Harry H. Laidlaw Jr. Honey Bee Research Facility, west of the central campus.  It is open from dawn to dusk; admission is free.

The garden is directed by Extension apiculturist Elina Lastro Niño of the UC Davis Department of Entomology and Nematology faculty, and managed by Christine Casey, academic program management officer.

While parents learned about bees and plants, youngsters engaged in a catch-a-bee-release-the-bee activity in the vegetation, using a bee vacuum. They scooped up the foragers, looked at them, and released them. A new addition to the Häagen-Dazs Honey Bee Haven since its installation is a live bee colony. (Photo by Kathy Keatley Garvey)
A little history:

Missy Borel Gable, now director of the statewide UC California Master Gardeners' Program, served as the founding manager of the garden. Under her leadership and the work of the 19 founding volunteers, the bee garden was listed as one of the Sacramento Bee's top 10 garden destinations. The 19 volunteers chalked up 5,229 hours of service between May 2010 and Feb. 15, 2013, when they opted for other opportunities. At the $10 minimum wage, that would have amounted to $52,290.

Today diversity continues. An addition to the garden since its installation is a live bee colony. 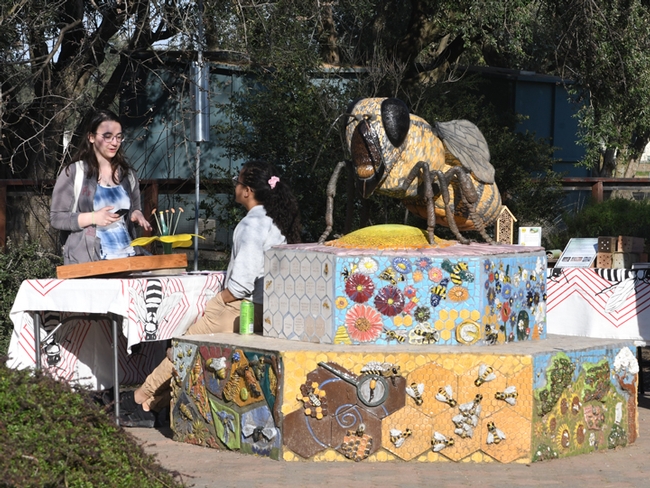 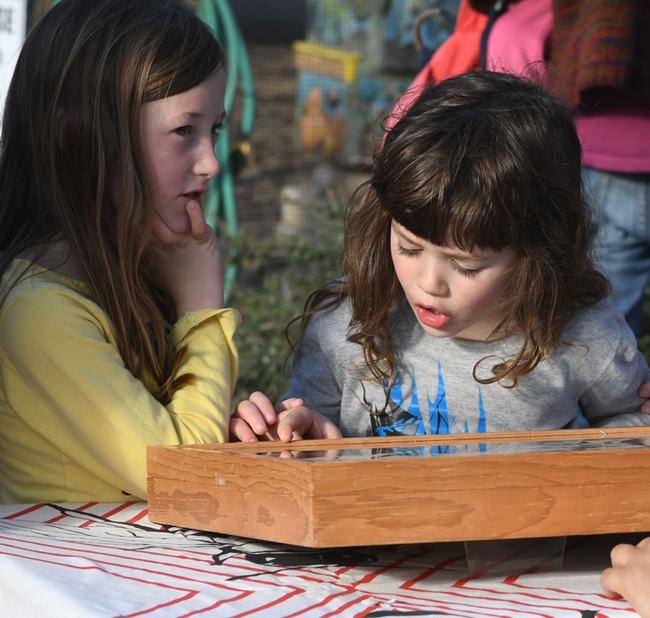 Youngsters checked out the display of bee specimens, which ranged from honey bees to carpenter bees to sweat bees. (Photo by Kathy Keatley Garvey) 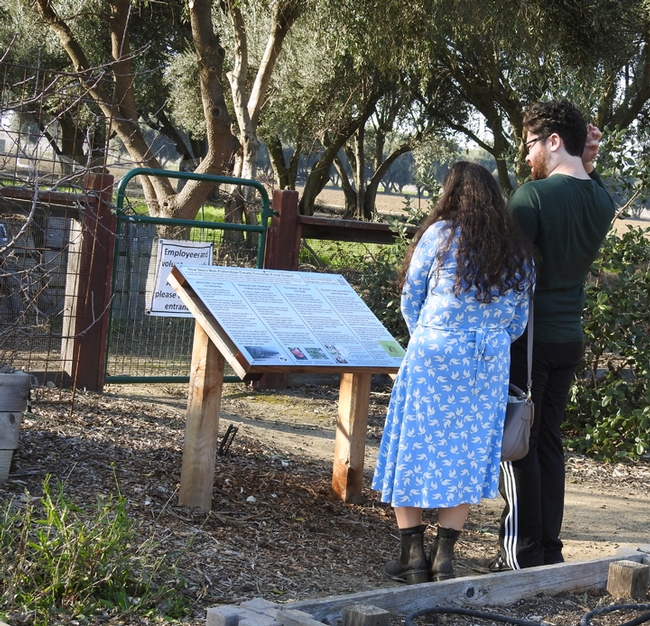 A couple reads the information on a sign displayed in the haven. (Photo by Kathy Keatley Garvey) 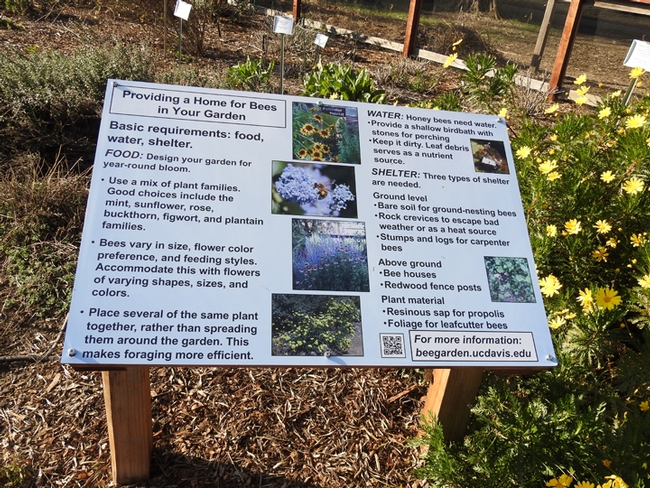 An informative sign in the bee garden. (Photo by Kathy Keatley Garvey) 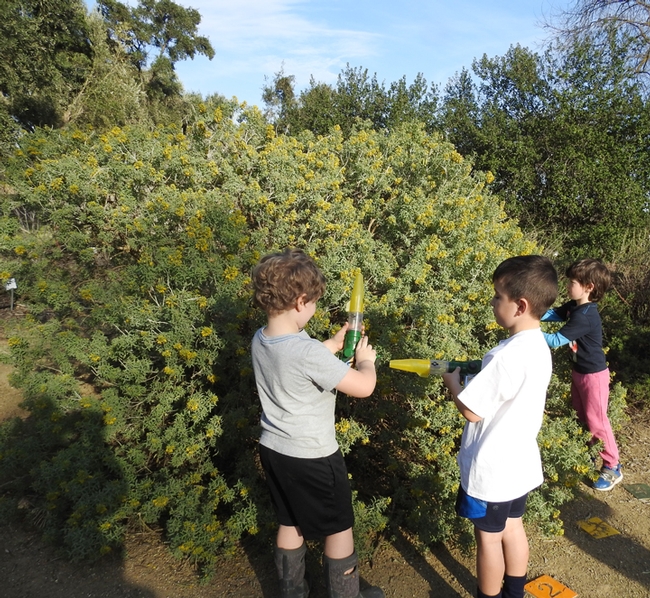 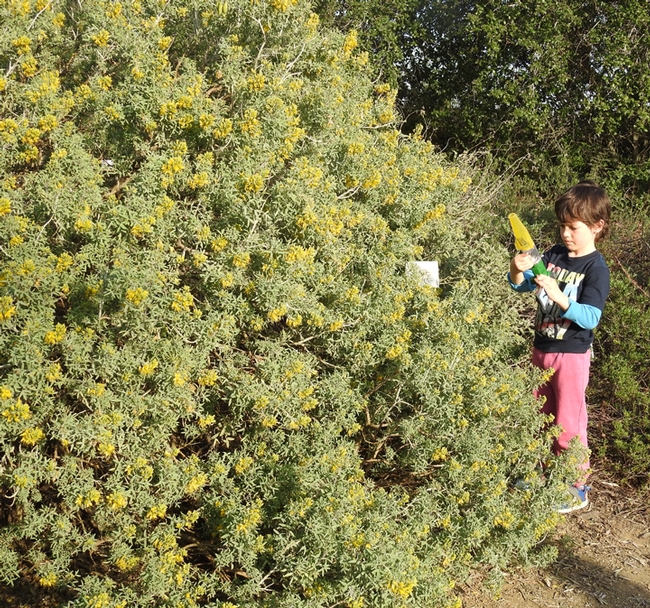 This youngster pondered his catch in the bee garden. (Photo by Kathy Keatley Garvey) 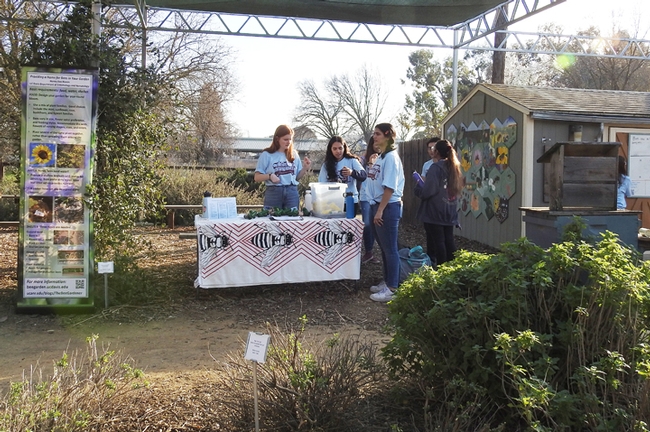 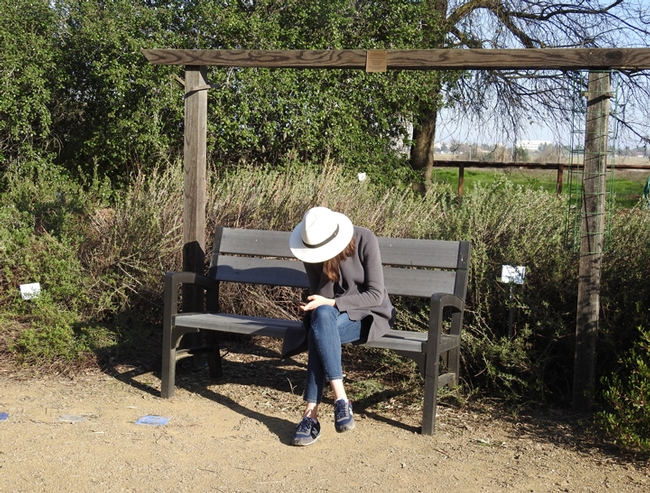