Brendon Boudinot, doctoral candidate
He will walk folks through the evolution of the insects out of the ocean and into the air, and from the air back to the ground (in the case of ants).

That's what doctoral candidate and ant specialist Brendon Boudinot of the Phil Ward lab, UC Davis Department of Entomology and Nematology, will do when he presents his exit seminar, "Abdomens and Ants: Evolutionary and Phylogenetic Morphology of the Insects" from 4:10 to 5 p.m., Wednesday, March 4 in 122 Briggs Hall on Kleiber Hall Drive, UC Davis campus.

Abstract of his talk: "It is widely yet loosely agreed that the study of morphology--body form, structure and function--is undergoing a post-genomic revival, cautiously labeled 'phenomics' among active practitioners. I argue that the full reality of phenomics has yet to be realized, and that functional anatomy is the linchpin for the meaningful use of morphological data to understand evolution."

"In this seminar, I will present two case studies from my dissertation. The first will focus on reproductive anatomy in the context of the major transitions of insects from a marine, crustacean ancestor to the epically abundant diversity of wing-bearing species. The second and ongoing study combines more than 300,000 point-observations of morphology for 431 extinct and extant species with genomic sequence data to reconstruct the sequence of evolution leading to the living ants. I will introduce the audience to several extinct lineages of ants, including a new family of wasp-ant intermediates, and present functional  morphological reconstructions of the ancestors of all ants, living and extinct."

In nominating Boudinot for the Comstock award, Steve Nadler, professor and chair of the UC Davis Department of Entomology, wrote: “A highly respected scientist, teacher and leader with a keen intellect, unbridled enthusiasm, and an incredible penchant for public service, Brendon maintains a 4.00 grade point average; has published 12 outstanding publications on insect systematics (some are landmarks or ground-breaking publications); and engages in exceptional academic, student and professional activities."

Active in PBESA and the Entomological Society of America (ESA), Boudinot received multiple “President's Prize” awards for his research presentations at national ESA meetings. He organized the ESA symposium, “Evolutionary and Phylogenetic Morphology,” at the 2018 meeting in Vancouver, B.C. , and delivered a presentation on “Male Ants: Past, Present and Prospects” at the 2016 International Congress of Entomology meeting in Orlando, Fla.

Boudinot served on—and anchored—three of the UC Davis Linnaean Games teams that won national or international ESA championships. The Linnaean Games are a lively question-and-answer, college bowl-style competition on entomological facts played between university-sponsored student teams. He has served as president of the UC Davis Entomology Graduate Student Association since 2006, and is active in the campuswide UC Davis Picnic Day; he has co-chaired the department's  Picnic Day Committee since 2017.

Boudinot will be among the speakers at an innovative UC Davis symposium on Saving a Bug's Life: Legal Solutions to Combat Insect Biodiversity Decline and the Sixth Mass Extinction, set from 8:30 a.m. to 6:30 p.m., Friday, March 6 in Room 1001 of the School of Law, Mrak Hall. The event, sponsored by UC Davis Environmental Law Society (ELS), will bring together law and science to address insect biodiversity decline. It is free and open to the public. See official program. (RSVP here or on this Facebook page.)

At the March 6 symposium, Boudinot will be part of a three-member panel from 9:50 to 10:55 a.m. on "The Science of Biodiversity Decline." He will be joined by Angela Laws, endangered species conservation biologist, Xerces Society for Invertebrate Conservation; butterfly specialist Arthur Shapiro, distinguished professor, UC Davis Department of Evolution and Ecology; and Lynn Kimsey, UC Davis professor of entomology, director of the Bohart Museum of Entomology and director of the Center for Biosystematics. 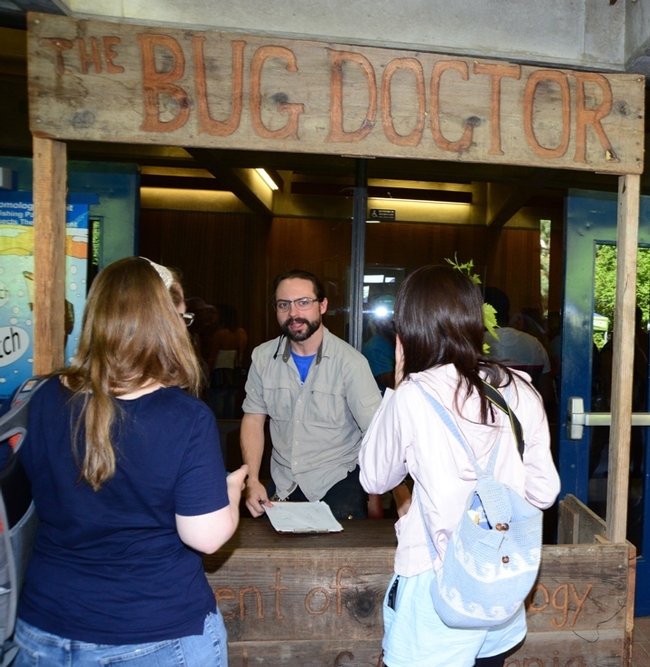 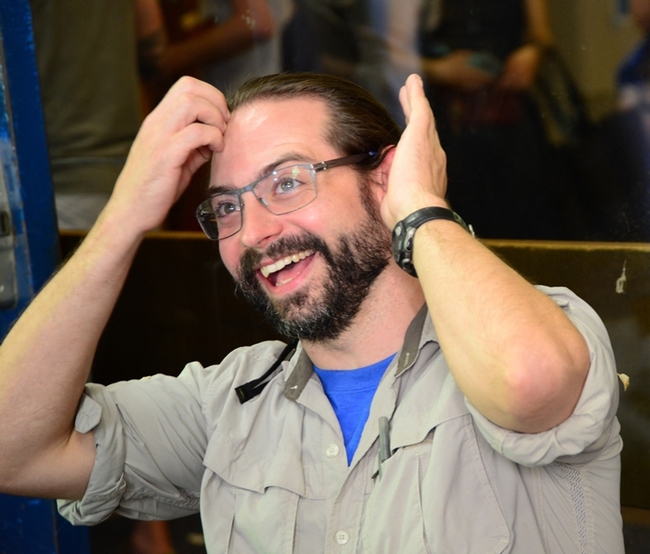