UCANR: Building climate-resilient communities and ecosystems
It's Awfully Dry Out There - Time for a Drought Workshop!

I've kept daily weather records since we moved to Auburn (nineteen years this week, in fact). During that time, we've experienced some exceptionally wet years (2016-17 comes to mind, when we measured almost 63 inches of precipitation), as well as some exceptionally dry years (like 2006-07, when we received just under 20 inches). Other years and specific months stand out, too - like the 14.5 inches we measured in January 2017, or the 0.5 inches we received in December 2013. Unfortunately, February 2020 will go down as one of those stand-out months - we measured a measly 0.03 inches of rain for the entire month. The current water year (which started in October) was preceded by a wetter-than-normal September (at least here in Auburn). We received better than 2 inches - enough to germinate the grass on our annual rangelands. As often happens when we get early rain, though, we didn't get much to follow up the promising start. From October 1 through November 30, we measured just 0.71 inches. We got back on track in December (with more than 8 inches), but 2020 has been disappointing so far. Through the end of February, the season total was just 56 percent of our long-term average for the date. The March 3 version of the U.S. Drought Map puts all of Placer, Nevada, and Yuba Counties, as well as the eastern portion of Sutter County, in the Moderate Drought category. And the most recent drought outlook from the National Weather Service (see below) suggests that drought will persist or develop in the northern two-thirds of California.

Looking ahead to summer irrigation season, we're fortunate that most of our local water agencies went into the winter with more holdover in their reservoirs than normal. Even so, the latest Sierra snow pack numbers for our region are more depressing than the lack of rain. The central Sierra snow pack is only 38 percent of normal for this date.

I'm not a weather forecaster by any stretch of the imagination, but I am a weather geek. This morning, I looked at the long term average precipitation for March through June in my weather records, which didn't provide much reassurance. Even if we get 75 percent of our average rainfall for the next four months, we'll end the water year with less than 20 inches total. Even with 150 percent of average - a miracle March (and April, May, and June) - we'll end the water year well below our long-term average. We've definitely seen an impact on the annual rangeland where we winter our sheep west of Auburn. The February 1 forage supply at the Sierra Foothill Research and Extension Center in the Yuba County foothills was about 69 percent of normal. I suspect the March 1 measurement won't be much better. While the lack of moisture is concerning, the warm February temperatures have pushed many of the blue oaks to leaf out 3-4 weeks earlier than normal. Last Thursday (before the brief storm over the weekend), I walked through one of the pastures we hadn't grazed yet. The grass was short generally, but I was especially surprised to see the vegetation beneath the oaks starting to wither and die - in the first week of March! This Sunday, after we'd received roughly a third of an inch of rain the day before, I dug a six inch hole to check soil moisture at the root zone of our annual grasses. I'd estimate moisture levels to be at around 25 percent of field capacity - in other words, incredibly dry for early March. No wonder the creeks aren't running!

Most of us will likely have enough grass to get buy this spring, although a lack of stock water could be problematic. I'm more concerned about the potential lack of fall feed. Short grass this spring means we're covering more ground with our sheep. This could mean less dry feed to return to with our sheep after the summer irrigation season ends in October. Our plan is to cull our older and less productive ewes at shearing or weaning. We may even consider selling some of the replacement ewe lambs we'd normally keep. These conditions call for drastic measures, obviously - and so we've scheduled drought workshops in Grass Valley and Yuba City! Over the last six years, I've attended or helped to organize four or five drought workshops - and it's rained every time!

In all seriousness, in light of the ongoing coronavirus outbreak, we are scheduling a Drought Planning for Rangeland Livestock Producers webinar (rather than an in-person workshop) in late March or early April. Stay tuned for details! We'll share results from our 2016 post-drought rancher interviews, feature panel discussions with ranchers and other experts, and discuss ranch-specific goal setting - all focused on coping with what is shaping up to be another drought year. 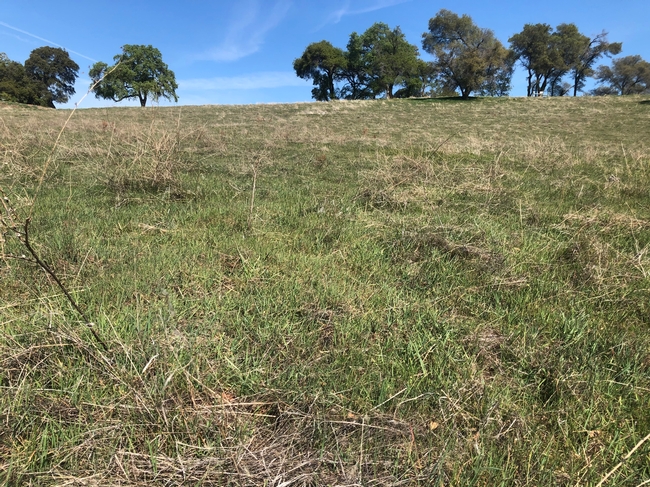