The Bohart Museum includes a live "petting zoo," including this tarantula. (Photo by Kathy Keatley Garvey)
The popular Bohart Museum of Entomology at the University of California, Davis, is a favorite destination of adults and children alike but that won't happen for awhile.

And rightfully so. We all need to take precautions.

Bohart Museum director Lynn Kimsey, professor of entomology at UC Davis, announced today that the Bohart is closed to the public until Monday, April 6. However, researchers may contact the museum for specific requests, she said.

The public closure is due to pandemic coronavirus precautions and UC Davis directives. Bohart officials earlier postponed the March 21st open house on pollinators and microbes. It will be held at a later date, to be determined.

The cap applies to all events, university-sponsored or otherwise, in all campus spaces and venues, at all UC Davis locations, and to university events held off-campus.

“Large events and mass gatherings can contribute to the spread of COVID-19 in the United States via travelers who attend these events and introduce the virus to new communities,” according to the guidance from the Centers for Disease Control and Prevention, or CDC, which recommends an attendance cap of 50 for eight weeks.

Prior to today (March 16), the museum had been open to the public Mondays through Thursdays from 9 a.m. to noon and 1 to 5 p.m., except on holidays. More information on the Bohart Museum is available on the website at http://bohart.ucdavis.edu or by contacting (530) 752-0493 or bmuseum@ucdavis.edu.

Meanwhile, it's good idea to explore the Bohart website, where you can learn all about insects and how to collect them.  And your backyard or local park is waiting... 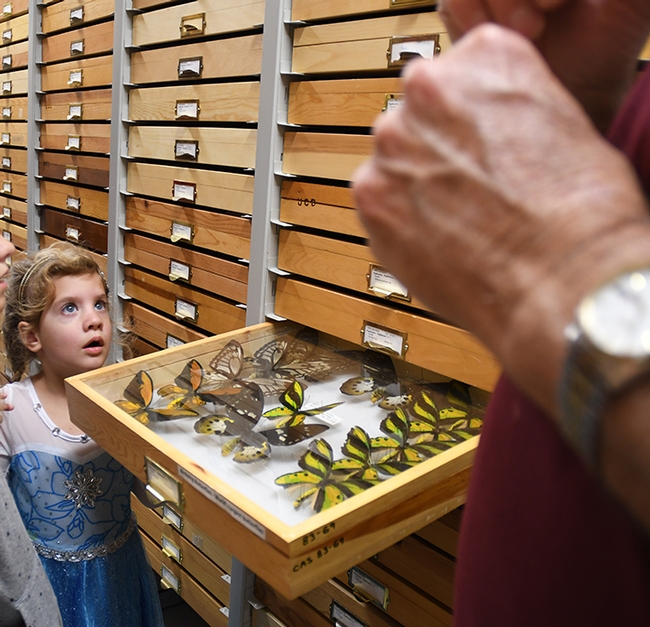 The butterfly collection at the Bohart Museum is a popular attraction, but the Bohart will be closed to the public until April 6. (Photo by Kathy Keatley Garvey) 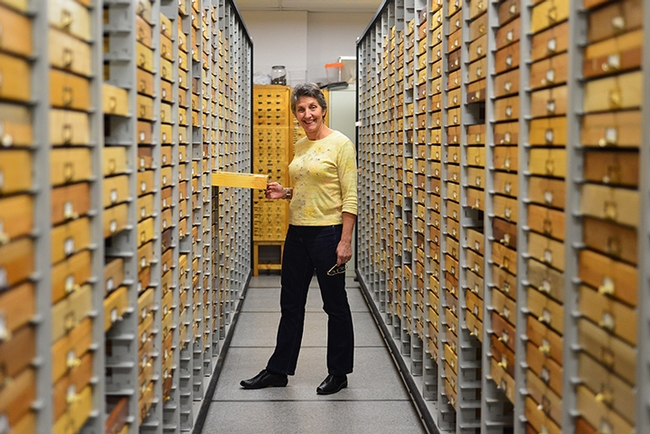 Lynn Kimsey, director of the Bohart Museum of Entomology, says the insect museum is closed to the public until April 6. Researchers with special requests can contact the museum. (Photo by Kathy Keatley Garvey)
Focus Area Tags: Agriculture, Economic Development, Environment, Innovation, Natural Resources, Pest Management
Tags: Bohart Museum of Entomology (382), closure (1), coronavirus pandemium (1), Lynn Kimsey (282)
Comments: 2
Comments:
by Nadine Cano
on March 17, 2020 at 10:54 AM
Have you ever thought about having an online tour of your museum? It takes a bit to do but you could slowly build up videos on different sections or families of animals of the museum....Even photo collection to search through with some information attached would be wonderful!
Thanks!
by Lynn Kimsey
on March 17, 2020 at 1:51 PM
Yes, we have long thought about doing an on-line tour of the museum. The current closure has started our planning to do just this.
Leave a Reply: