Lynn Kimsey, director of the Bohart Museum of Entomology, with an Asian giant hornet specimen from the Bohart's global collection. This queen measures about 1.5 inches.
Do you have a question about wasps?

Lynn Kimsey, director of the Bohart Museum of Entomology and UC Davis professor of entomology, will answer questions from 11 a.m. to 11:45 a.m., on Friday, May 22 at the Bohart's first-ever virtual open house on FacebookLive.  To watch or participate, access the Bohart Museum Facebook site.  It will be recorded for those unable to watch it at that time. 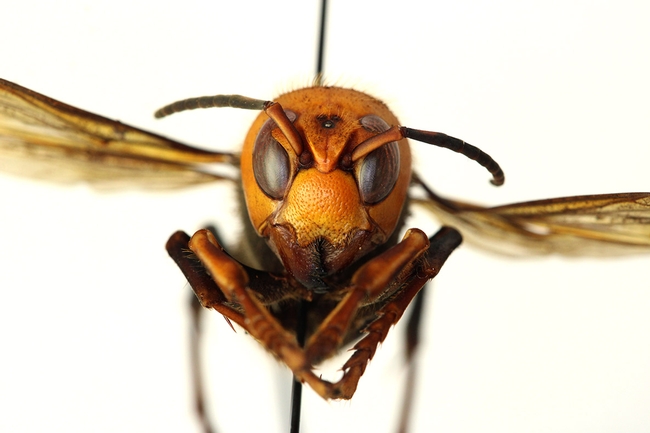 This is the Asian giant hornet, Vespa mandarinia, that was detected and destroyed on Vancouver Island, British Columbia, in September 2019. (Photo courtesy of the Washington State Department of Agriculture) 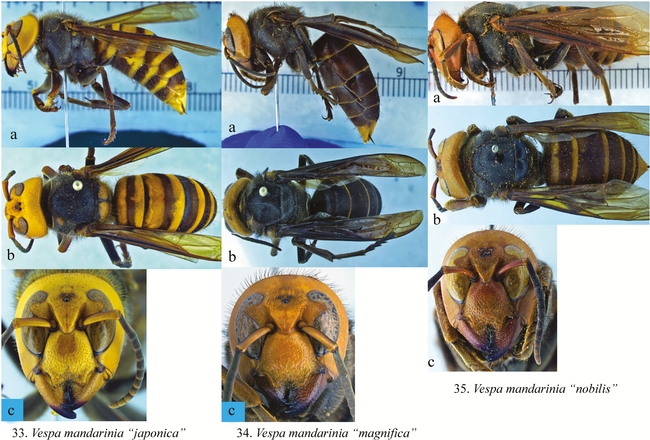