Bug Squad
sitenum=63
Happenings in the insect world
The Imposter

It could be a flower fly or syrphid in the Syrphidae family.

The syrphids suffer from multiple cases of mistaken identity.

One of the syprhids commonly mistaken for a honey bee (Apis mellifera) is the drone fly (Eristalis tenax).

We spotted a drone fly--the first we've seen this year--on Feb. 5 in Tomales, Marin County.   It was nectaring a pincushion flower (Seabiosa columbaria) at the Mostly Natives Nursery.

"There's a bee!" someone exclaimed.

It wasn't. It was a drone fly.

In its larval stage, it's known as a rat-tailed maggot. You'll see it in stagnant water, such as in ditches, ponds and drains. It feeds on stagnant rotting organic material.

Lots of other differences, too.

It's a good pollinator, but a honey bee, it is not. 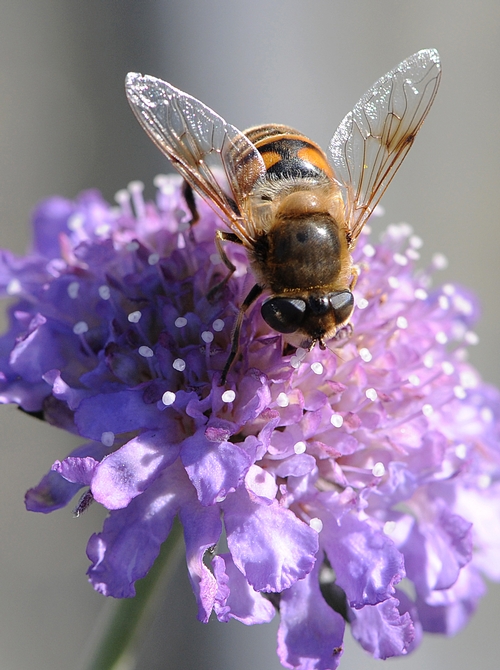 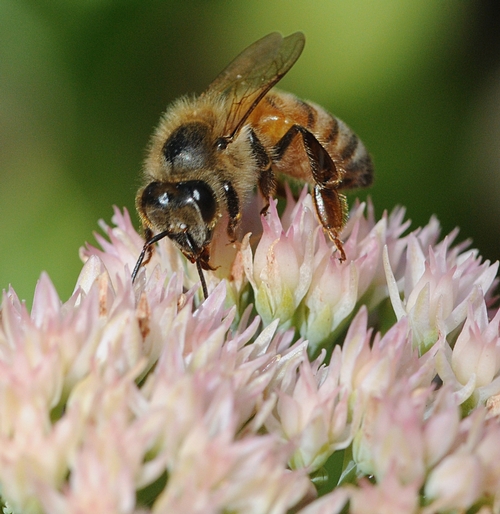